What you could possibly see at IFA 2019 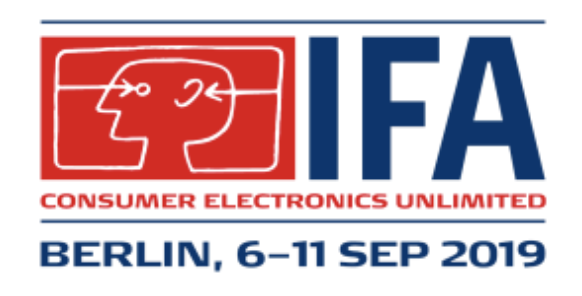 IFA is a massive technology show that takes place at the end of the year. Global companies come together to showcase their product portfolios in Berlin. The event will be taking place in the first week of September. You should expect to see some amazing tech in the form of smartphones, innovative PCs and sleek looking TVs and audio setups. Some renowned companies will even showcase the latest software innovations. So stay tuned as we will be bringing insights on everything to you.

LG, Sony, and Huawei are looking forward to the event with their top-notch devices for the year. LG’s all-new V50 ThinQ has a fold-out case that acts as a second screen as well. The modular screen comes separately from the smartphone. We might also see another smartphone from LG namely G8X. however, it is not confirmed since there is confusion whether the G8X is the same smartphone like the LG V50 ThinQ.

Nokia that has been not in the spotlight for a while also has new smartphones for the event. The all-new Nokia 5.2, 6.2 and 7.2 are expected to be showcased at IFA 2019. All the devices will have better internals compared to their predecessors.

Sony not only has smartphones in stores but this year its flagship phone might win hearts. The Xperia 2 is expected to be the mainstream phone by Sony this year with high-end tech including a Snapdragon 855 and 6 gigabytes of RAM. keeping up with tradition, Sony might also release a compact version of the phone under a new name.

Many other global smartphone brands will also showcase their efforts at innovation.

Television, audio tech, and monitors are the highlights at IFA events. The top brands including LG, Samsung and Sony will be unveiling their portfolios for consumers. The competition is expected to be tight among the brands as all of them have introduced promising devices in the past.

Sony is expected to stay on the tradition by introducing incredible audio gear as always. We could possibly see the WF-1000XM3 earbuds and XB900N headphones at the event. Keep in mind that its the 40th anniversary of the walkman so Sony might have something special in store for you.

Braun is also looking forward to showcasing a line of LE Line series of speakers with the company’s famous Ramsian design. Sonos top gear has had a leak as its specifications got out. It will be unveiling a portable speaker offering AirPlay 2, Alexa, Google Assistant, WiFi, and Bluetooth.

Smart jewels for the wrist!

We are expecting to see six new smartwatches by Garmin, a top smartwatch brand. It’ll bring updates to most of its predecessors with an increase in the display size. Fitbit, another manufacturer of smartwatches will be showcasing its Versa 2 which comes with Alexa built-in. Fossil, on the other hand, will showcase its 5th generation watches at IFA.

We are expecting to see a new lineup of PCs and Chromebooks from Lenovo at the event. Lenovo might also bring updates to its Yoga Book line, keeping up with tradition. The famous brand such as Intel, Acer and ASUS might not bring in something completely new but there will definitely by updates to their already existing devices.

Stay tuned to see what other products companies will launch at IFA 2019.