Reboot for a Compact Class Favourite – The New Audi A3 Saloon 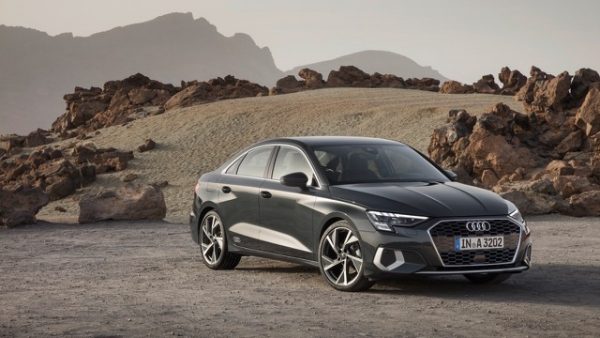 The all-new Audi compact class saloon aligns with its five-door Sportback counterpart with a ground-up redesign. Moreover, there is a broad spread of new assistance, infotainment, and efficiency technologies.

An excellent finish with incredibly balanced proportions and manageable dimensions all come in a combination with a level of technological sophistication befitting cars from the classes above. All of these features were in the original Audi A3 Saloon and have accompanied all other successors of the model. The new A3 Saloon is due to make its debut in the summer in the UK.

“While the A3 Sportback has traditionally been the high achiever of the A3 family in the UK, the A3 Saloon has also been quietly carving out a very respectable niche for itself,” says Director of Audi UK Andrew Doyle. “The well-balanced design with its short overhangs and crisp lines has certainly won fans, as have the city-friendly proportions, and of course these are delivered with the same exceptional polish that has won so many plaudits in the Sportback. Fortunately, the second generation car takes its predecessor’s inherent strengths, builds on them convincingly and clothes them in absolutely contemporary Audi design. It is now an even more credible partner to the Sportback that deserves to attract an even broader fan base.”

In comparison to its predecessor, the new A3 Saloon comes with an unchanged wheelbase but now stands at four centimeters longer at 4.50 meters. The width has also seen an increase of two centimeters and now stands at 1.82 meters. Height has increased by a centimeter at 1.43 meters. As a result, the overall space within the cabin has been increased a bit. At 425 liters, the luggage capacity is exactly the same as in the first-generation model.

Power and Elegance: The Exterior

In comparison to the predecessor, the new A3 Saloon with its higher rear end benefits aerodynamics. The active cooling-air inlet with two electrically actuated louvre modules behind the Singleframe also contributes to this, regulating the flow of air intelligently and depending on the driving situation. In addition, the panelled underbody, aerodynamically enhanced exterior mirrors and active brake cooling reduce air resistance and optimise streamlining.

Focused and digitalized: The cockpit

The cabin of the A3 Saloon is filled with modern tech. The dashboard has high definition lines combined with striking air vents. It has a primary 10.1-inch touch screen slightly inclined towards the driver. In Edition 1 and Vorsprung versions the 10.25-inch fully digital instrument cluster behind the steering wheel is upgraded to the Audi virtual cockpit plus with a wider 12.3-inch screen offering three different views, one of which presents RPM and speed as bar diagrams with angular red graphical elements.

The new A3 Saloon is available with a choice of three engines at launch – two 1.5-liter TFSI units and one 2.0-liter TDI – all of which major on efficiency. The 35 TFSI, a 1.5-liter direct-injection engine, incorporates cylinder-on-demand technology and delivers 150PS. In conjunction with a newly developed six-speed manual transmission, it is capable of returning up to 48.7 MPG with a CO2 output of 132g/km in an A3 Saloon equipped to Sport specification, according to the WLTP test data.

In the UK the first versions of the new A3 Saloon will become available to order in late April with prices starting from £26,870 OTR for the 35 TFSI Sport with a manual transmission, rising to £32,220 for the 35 TDI S line S Tronic. Deliveries will begin in the summer.