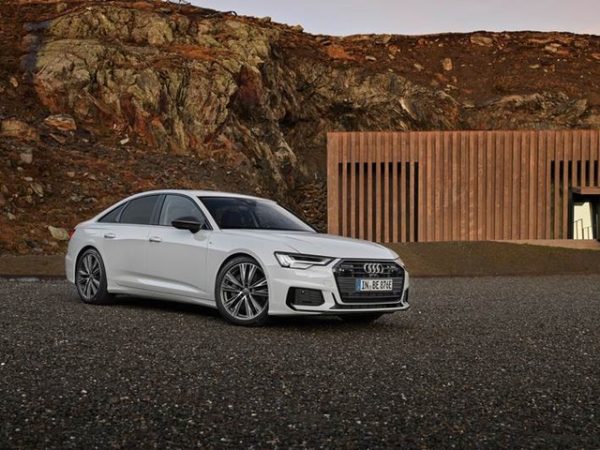 Audi has come up with a new solution for all those who do not want to comprise on driving enjoyment but have to consider financial and environmental factors. Audi’s solution to their requirements is the new Audi A6 50 TFSI e plug-in hybrid which delivers at both fronts, supplying 299PS via Quattro drive for compelling performance and agility, and suppressing fuel consumption and CO2 output through extensive electric-only driving range capability and the use of intelligent predictive drive management for perfectly harmonized interaction between the 2.0 TFSI petrol engine and powerful 105kW electric motor.

It is now available to order in the UK currently in Saloon form and an Avant version will follow later. The Audi A6 50 TFSI does not in any way compromise its luxury and executive class label. It has a fully digital cabin which employs the latest MMI Touch operating concept

“Audi has a long and distinguished history in the executive class, but what is less well known is that we also developed our first petrol-electric hybrid car for this segment over thirty years ago,” says Director of Audi UK Andrew Doyle.

“We’re bringing to bear the three decades of formative experience in hybrid production that began with that Audi duo model back in 1989 in this latest, state-of-the-art TFSI e model. In the UK, we have also combined the impressive efficiency which secures the TFSI e a very competitive taxation position of as little as 10% BIK for company car drivers and no VED in the first year with the kind of exceptional specification offer our customers have come to expect from us, particularly in the Vorsprung version.”

The 2.0 TFSI engine with 252PS output is responsible for the most economical mileage coverage possible along with the 370 Nm (272 lb-ft) of torque coupled with a 105kW electric motor delivering a peak torque of 350 Nm (258.1 lb-ft). The pair in together provides a 299PS of ‘system power’ and 450Nm of ‘system torque’.

The new model offers both two-wheel and four-wheel drive depending on the driving situation. With the aid of the separating clutch, the electric motor is integrated into a seven-speed S Tronic transmission. The Quattro on-demand system is responsible for judging the situation and uses a multitude of data to decide if it should prioritize efficiency by decoupling the rear axle to reduce drag, or support maximum agility by engaging all-wheel-drive, as required. The latter takes around half a second, ensuring that Quattro is always immediately at the driver’s disposal.

The new Audi A6 50 TPSFI comes with Autonomous drive management and predictive operating strategy. It has three different drive modes: “EV” for all-electric driving, “Hybrid” for the efficient combination of both drive types, and “Hold” to conserve the electrical energy available at any given time.

It also comes with charging equipment and charging management. It can be plugged into a domestic AC 7kW wall box using the Type 2 cable supplied, and around two and a half hours later the lithium iron battery mounted under the rear floor of the car will have been replenished (charging via an AC 2.3kW 3-pin socket takes approximately seven hours). The Audi app is very helpful in charging management.