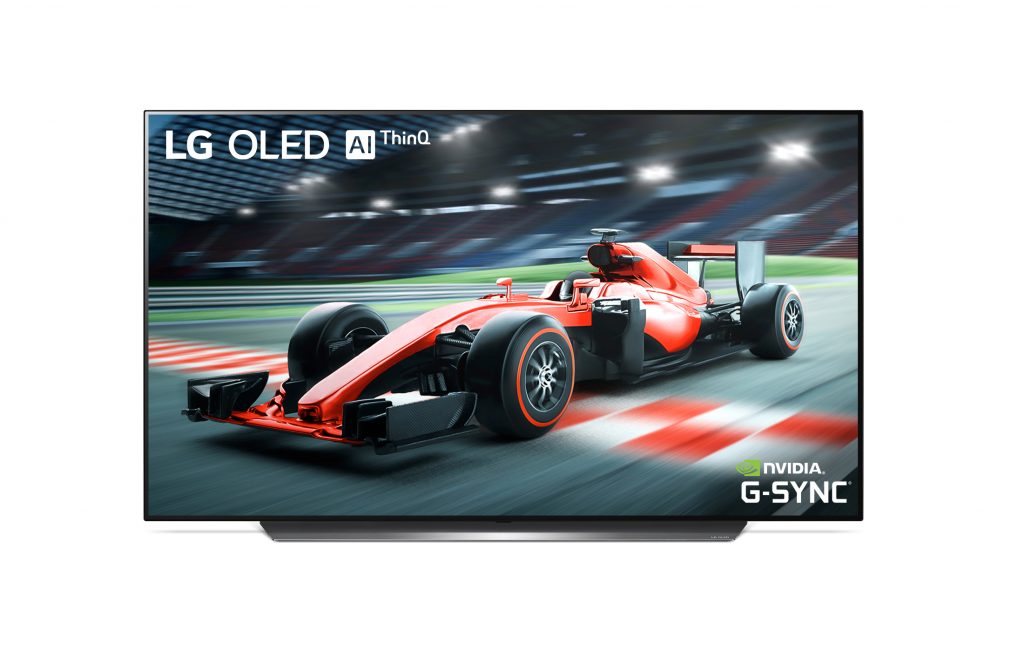 LG Electronics has partnered with NVIDIA to make the dreams of gamers come true. It has added NVIDIA G-SYNC support for some of its existing television models that have up the game of TVs in the gaming world. LG’s newest OLED products offer blazing speed and stunning colour reproduction, their superior performance and image quality validated through NVIDIA G-SYNC Compatible testing to ensure a smooth and immersive gaming experience without flickering, tearing or stuttering. LG already has a reputation for its TV due to them being ultra-fast with incredible picture quality. The addition of NVIDIA G-SYNC is only going to take things north from good to exceptional.

With G-SYNC Compatible support, the critically-acclaimed LG OLED TVs will deliver the smoothest, most immersive gaming experience without the flicker, tearing or stuttering common to most displays. Gamers have long valued LG OLED TVs for their exceptional picture quality, low input lag and ultra-fast response time. The addition of G-SYNC Compatible support allows gamers with GeForce RTX 20-Series or GTX 16-Series GPUs to fully enjoy extreme responsiveness and optimized visuals on LG’s large OLED TVs from 55 inches up to an immersive 77 inches.

“It’s no secret LG OLED TVs are coveted by gamers world over and we are committed to optimizing the OLED gaming experience for them,” said Sam Kim, senior vice president of the TV product planning division of Home Entertainment Company at LG. “With NVIDIA G-SYNC adoption, we are showing that OLED TVs have the support and backing of the world’s top gaming hardware brand to make their products look their best.”

“We are excited to bring G-SYNC Compatible support to LG’s 2019 OLED TVs and HDMI Variable Refresh Rate support to our GeForce RTX 20-Series GPUs,” said Matt Wuebbling, head of GeForce marketing at NVIDIA. “Gamers will be blown away by the responsiveness and the lifelike visuals on these TVs when playing the latest PC games featuring real-time ray-tracing powered by GeForce.”

NVIDIA developed its G-SYNC technology to ensure that the computer, or rather the graphics card, and the display are in sync to prevent artifacts from ruining your game. As nice as it sounds, it does require that the displays support G-SYNC, which is the case for many high-end computer monitors. TVs, on the other hand, not so much.

G-Sync for TVs is here, and it’s awesome. While it’s an overused term in the tech world, this is one innovation that might actually be a real game-changer, letting you enjoy the deeper immersion of higher frame rates and smoother action offered by high-end PC gaming all from the comfort of your living room.