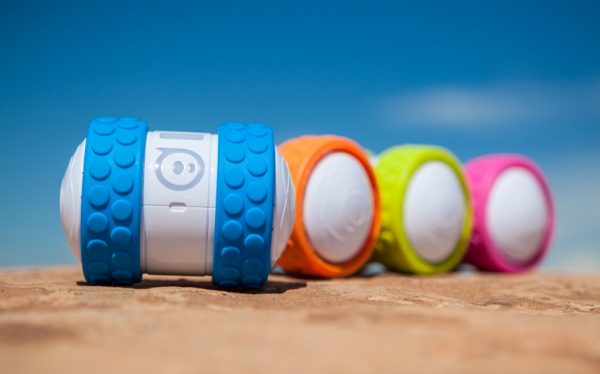 We have spoken about this before. We reviewed the Sphero, and the Sphero 2. We talked about these little ‘app controlled’ balls, that fill your living room with action, joy, and embed themselves into many games.

Sphero is back with another product, and this time, it isn’t a ball. It is more of a cylinder, or almost something like just the wheels and axle bit of a 4×4. Featuring a speed of up to 14 MPH, this tubular wonder gives you more control than before. You can execute tricks such as spin, drift, jump and flip. It also features the familiar glow, meaning it can also serve as a mood lighting toy. Featuring accessories such as ramps, and tyre options means you can really take this for a spin. Bluetooth controls mean you have up to 30 meters of radius to play with.

So, what is the Ollie capable of? I’d like to give it a good go, but the makers have made such a good video, I am just going to post that here. Behold and see it in all its glory!

Now that you have seen all that, lets move to the nitty gritty. 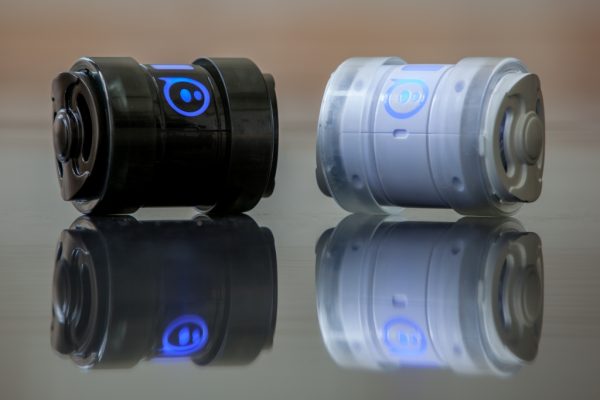 As already mentioned, the Ollie features a tubular design, with the Sphero logo ready to glow its way into your heart. The wheels bring you extra grip, though they can be swapped around for other options, which can be bought. Polycarbonate shell gives it plenty of strength, and you’ll definitely need it as bumps and accidents are almost more fun than doing the ‘normal’ activities. The size seems to be just about small enough to get most of the deeds done as you’d want them. A micro USB connector port in the main body allows you to charge this.

Yes. I like that. It means that this charges through the same charger every other device (apart from the Apple family) charges from. Handy. It has an hour’s battery life.

Ollie requires a very minor initial setup. This means that you have to put on the prime hubs and the nubby tyres. Finally, put on the hub caps to make sure everything stays on. The quick start guide talks you through this process. Follow this by a charge, and download the Ollie app from your preferred app store of choice. As of now, both Google’s Android and Apple’s iOS are supported. After that, follow the app’s tutorial, and you should be good to go.

Unlike Sphero, which comes with a lot of apps, Ollie comes with four basic ones. Ollie, MacroLab, OrbBasic and Draw N’ Drive. More apps are in the pipeline, as we were told by the team at IFA.

Getting going – the experience

The apps let you control the main thing. However, don’t let that video fool you. Ollie has bit of a learning curve, and you won’t just become experts like the Sphero team controlling it. However, as I mentioned above, the accidents, the frustration, the joy, the tears, they all add up. Specially the fact that Ollie can go up to 14MPH, which is kind of what I max out on my bike is pretty cool. It isn’t water proof like Sphero, but the nubby tyres mean that you can easily take it out of the living room, into the park, and let it get into action. The tricks are fun too, and it is definitely worth the joy.

An hour they said, more than an hour we got. Nothing to complain here!

Sphero has been available since the 15th of September, and it retails for £79.99. For more information, as well as to buy, head to the following link:

What would you do with a ball, they said. Sphero proved them wrong. However, with the Ollie, Sphero is jumping into Remote Controlled Car arena. It is fast, it can do tricks, it can withstand a lot of harm, and it keeps going up to 30m away. It isn’t even that expensive. I think this is probably my favourite item from the team at Sphero.