Win an iPhone 6 courtesy of CoPilot

To celebrate the launch of the iPhone 6, sat nav app CoPilot is offer you the chance to get your hands on one for free!

-fill in your details here

-Or even simpler just RT @CoPilotLive’s comp Tweet below:

The grand prize winner will be selected randomly among all the people who participated in the CoPilot Sweepstakes between 17th of September and 30th September 2014. Competition winners will be announced on the CoPilot Facebook page, Google+ and Twitter – so remember to like or follow to check if you have won!

CoPilot is also offering a free app to give away! To enter, simply RT and follow @OxGadgets and @CoPilotLive:

RT and follow for your chance to win a free @copilotlive #satnav #app, available on iOS, Android and Windows Phone 8! http://t.co/iuEBo1TpVT

The comp will run until October 1st then a winner will be announced!

CoPilot is designed with the driver in mind, so perfect for always getting you to where you need to go! 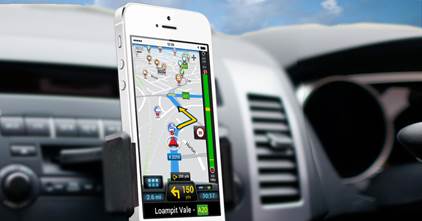 CommuteMe takes the hassle out of the daily drive by intelligently learning a driver’s preferred route to and from work. It then automatically scans the route for traffic to avoid delays and provide an accurate arrival time. If a driver starts to prefer a new route, CommuteMe recognizes the change and proactively adapts.

Intelligent POI Search On Your Route

CoPilot’s new smarter POI search finds all the useful places you need on the road ahead, based on your route and the direction you’re traveling, rather than by simple geographic proximity. It avoids unnecessary detours to places off-route or behind you, saving time and fuel.