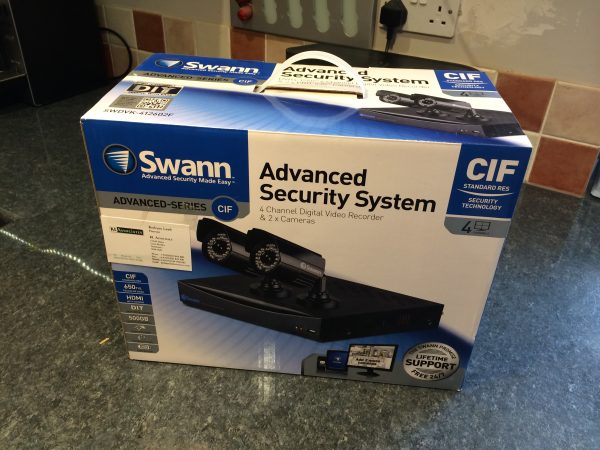 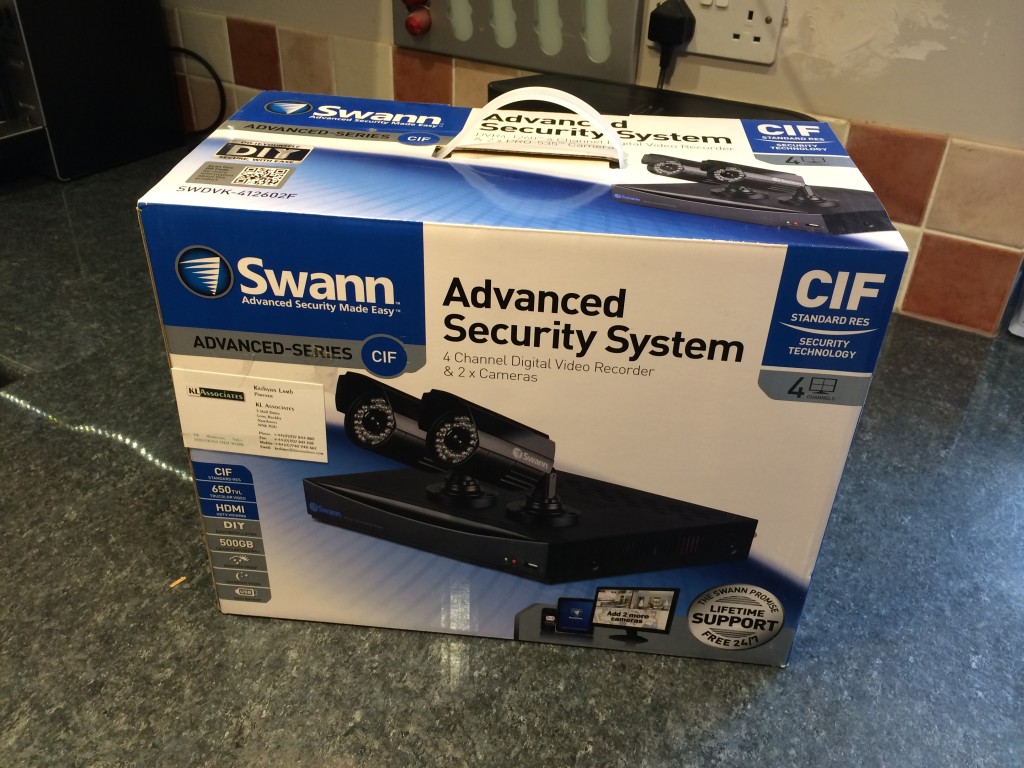 As avid readers of OxGadgets I am sure you, like us, have an extensive and ever-growing wish list of gadgets to fill your home. Well, have you ever considered how you are going to keep all that expensive tech safe? We have often posed this questions to ourselves, and so have decided to bring you a hands-on review of the Advanced Security System from Swann.

Last month we brought you news that Swann had released a new DVR4-1500 Compavt DVR which came with one security camera. Well now Swann have sent us one of their other Advanced systems – the DVR4-1260 to review just for you.

The Swann advanced security system allows you to view and record footage from security cameras that you can place strategically around your home. Two cameras are provided in the box, but the system can have up to 4 cameras attached. The cameras plug into a 500GB DVR which records all your footage and lets you watch the stream live or select from all the recorded footage. The DVR has an Ethernet port to connect to your home network and can plug into a TV via HDMI or into a computer monitor via VGA. Footage can be backed up to a USB device, or via the network. 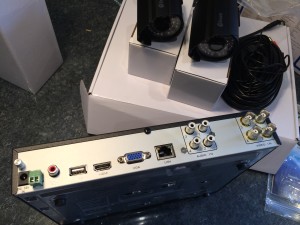 Sadly the cameras are not wireless, but plenty of cabling is provided which allows you to position each camera up to 18m away from where you keep the DVR. Of course, all the necessary mounting screws and wall plugs are also provided which means you can easily install the cameras yourself (provided you aren’t too scared of a little light DIY). The cameras are weather-proof and have IR LEDs that let them capture footage at night time. The footage is of decent quality, and the IR LEDs do a good job of providing night vision when darkness decends (which at this time of year is a good proportion of the day!). 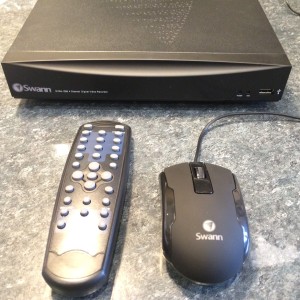 The DVR can be controlled using a USB mouse and/or an IR remote control (both of which are provided in the box). The setup is admittedly not simple, and to get the system set up exactly how you want it could take a considerable amount of time. This is mainly due to the many advanced features that you can choose from. 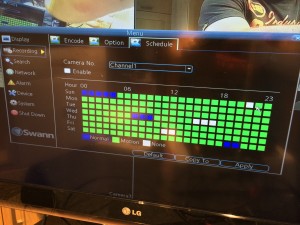 This helps to save space on the DVR. Instead of having to record hours and hours of uneventful footage, the system will simply record footage when motion is detected by the cameras.

You can set up the system to send you an email alert when motion is detected. The alert can also include a snapshot that allows you to quickly determine whether there is any cause for concern. 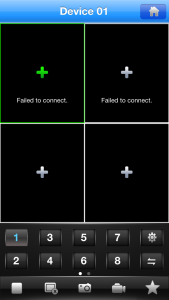 You can keep an eye on your home anytime and anyplace using the smartphone and tablet support (provided your DVR is plugged into your home network and has a connection to the internet). Android, iOS and Blackberry devices are named on the box, but support for other devices may be possible too. On iOS there is a dedicated SwannView app. After some extensive fiddling about to get it to work, it should allow you to view all your livestreams and also access recorded footage too. 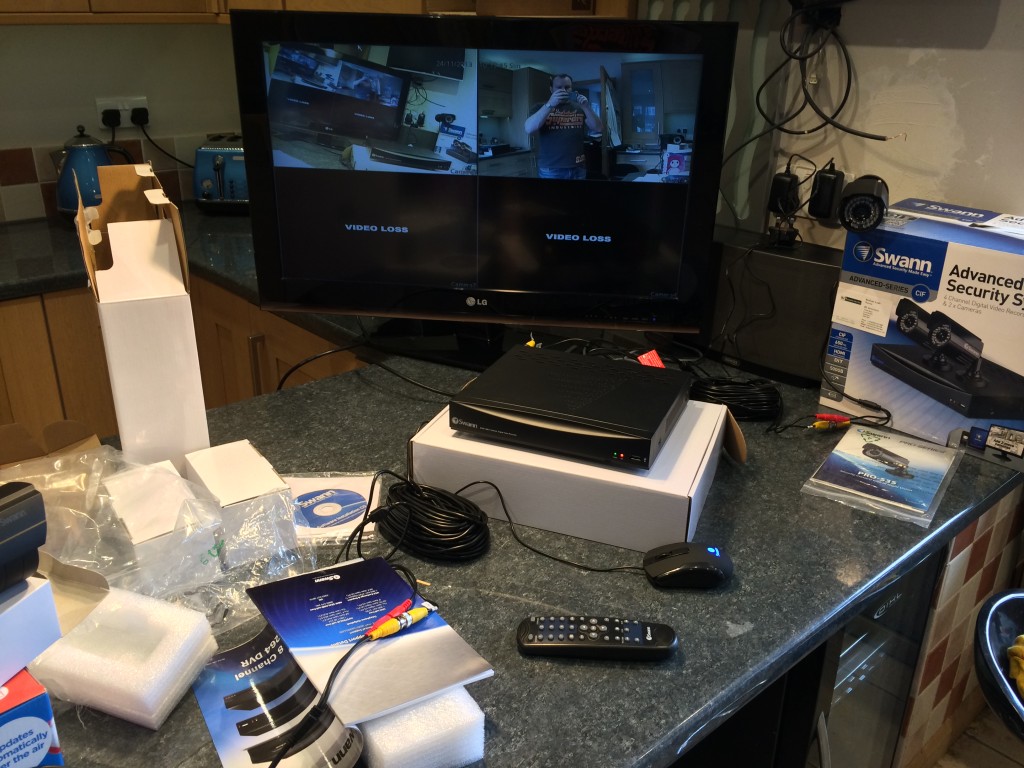 The Swann advanced Security System is packed full of great features, and is obviously more than very capable indeed. Unfortunately despite all these great features and functionality, ease-of-use has been sacrificed. There is no doubt that this is a good system if you are looking for a full-featured security camera system. However, be prepared for a lengthy set up and installation process to get everything working exactly as it should be. I did install the smartphone app, but eventually gave up trying to get the app to access the DVR. I’m sure I could have got there – but as this was just a review device, and not one that I was actually going to be installing into my own home, I finally came to the simple conclusion that life was too short.

I have to say that the complexity of the settings and installation frustrated me. In this day and age, technology isn’t just coveted by capable nerds and geeks, but by everyone. Manufacturers should be concentrating on making their devices easy to set up and use so that everyone can use them, and not just the tech-savvy. Sadly, I felt the Swann Advanced Security System failed on this point.

However, if you don’t shy away from complex installations, and are looking for a decent home security camera system, then the Swann system is certainly one you should be considering.

More information on the range of Swann Advanced Security Systems can be found on their website, www.swann.com