Toyota has added more power to its mighty Land Cruiser. It now boasts a new and more efficient 2.8-litre engine that gives it the additional power. As a result, both the commercial and passenger versions of the SUV have received a series of performance and equipment updates. 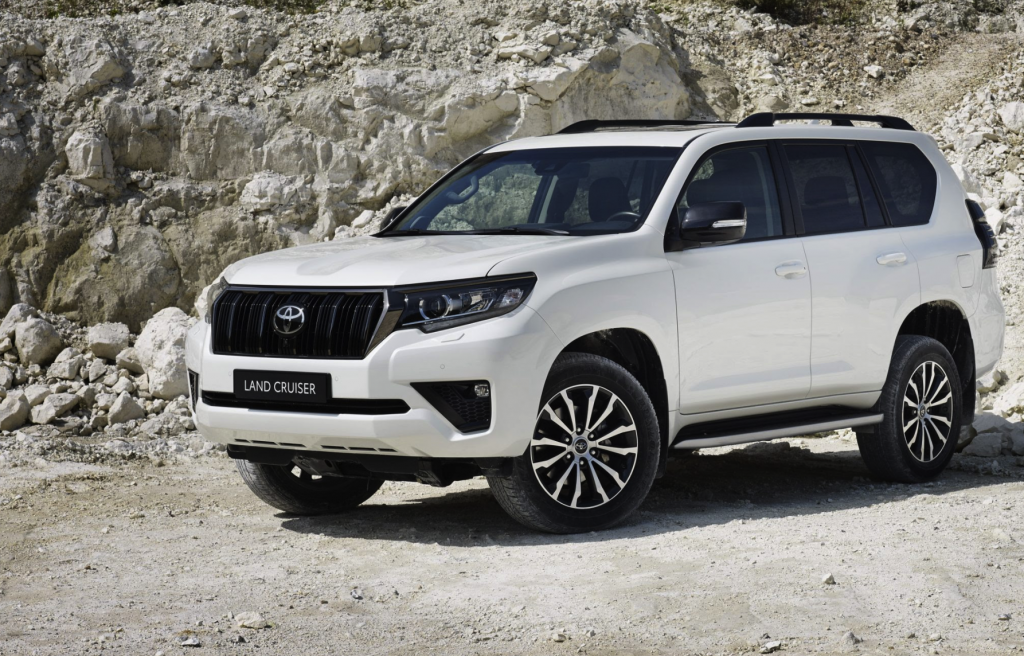 The new four-cylinder turbodiesel unit adds plenty of extra muscle to the world-famous Land Cruiser, delivering a maximum 201bhp/150kW at 3,000rpm and producing a peak torque of 500Nm from 1,600rpm. The numbers state an increase of 27bhp and 50Nm compared to the previous engine. These gains are reflected in the reduced time taken, 2.8 seconds less, to reach the 62mph bar, making it a total of fewer than 10 seconds.

The great thing about the additional strength via the engine is that there is no negative impact on the fuel economy or CO2 emissions. In fact, fuel consumption has slightly improved thanks to the stop-start system.

You also get to save some money on the Vehicle Excise Duty charge. It is down by £325 in the first year compared to the current Land Cruiser. This has been made possible due to the engine passing the UK’s RED (Real Driving Emissions) standard.

The upgraded Land Cruiser line up now has two offerings in equipment grades, according to the preferences of the customers. The Active grade is the new entry point to the range, available in three and five-door formats and with five or seven seats.

The multimedia system has been improved further with wireless smartphone integration via Apple CarPlay and Android Auto as standard. The multimedia screen measures 8-inch and supports touch controls. With the faster software and command response, using the touch screen is a pleasure. It also offers a customisable home screen so that the owner’s priorities are their most frequently accessed functions. The Active grade’s established features include 17-inch alloy wheels, cruise control air conditioning, smart entry and push-button start, roof rails and heated power door mirrors.

The Land Cruiser Invincible comes packed with the Toyota Safety Sense in the standard version. As a result, it benefits from system upgrades and additional functions. The driver is able to avoid collisions with pedestrians and in the daylight with cyclists thanks to the Pre-Collision System. Cruise Control comes with Intelligent adaptions, easing up the process of driving for the driver meanwhile improving safety. The addition of Lane Trace Assist provides automatic assistance to keep the vehicle positioned within its traffic lane.

The Land Cruiser Commercial retains its existing line-up of short and long-wheelbase versions (three and five-door) in Utility and Active trims. They both adopt the new engine and the Active grade gains Apple CarPlay and Android Auto.

The new Land Cruiser range is on sale now with first deliveries of the passenger models from October, followed by the Commercial versions later in the autumn. All new vehicles come with Toyota’s five-year/100,000-mile warranty