Skip to content
Home » The iPhone SE 2020 is out now!
Apple electronics news 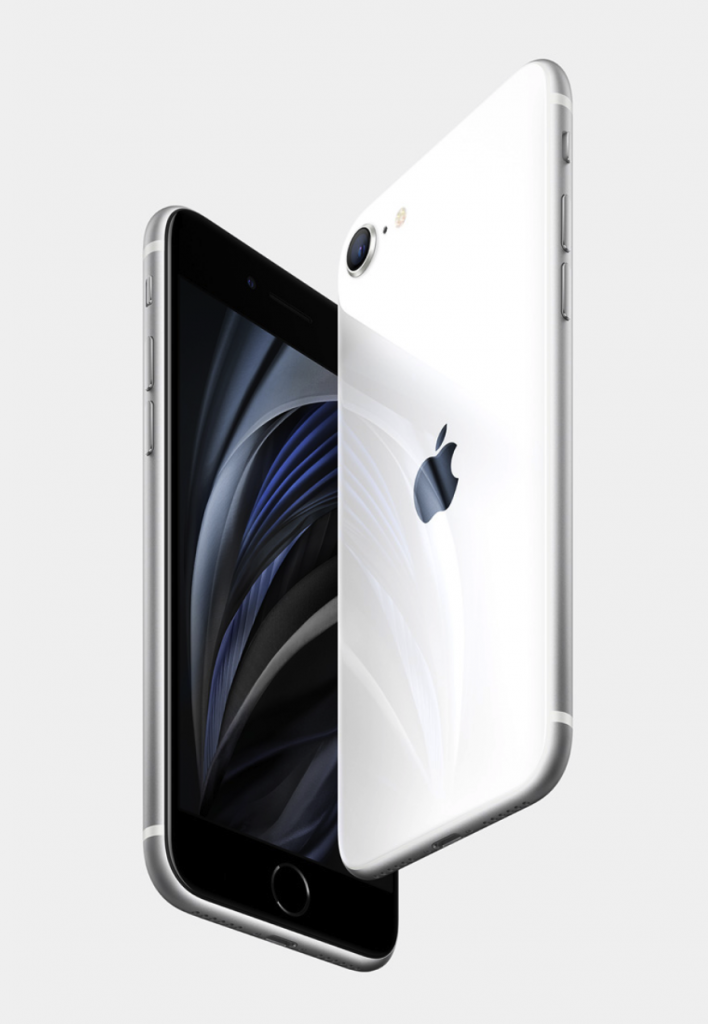 Apple has announced its low budget iPhone SE 2020 with an incredibly low $399 price tag for base storage which is 64GB. It resembles the iPhone 8 in looks and has a home button as well as bezels. The screen size is 4.7-inches. It is essentially a continuation of the look Apple introduced through the iPhone 6.

The 128GB model is priced at $499 and the 256GB model is for $549. Apple is giving out a free year of Apple TV plus with the iPhone. You can preorder it starting this April 17th, Friday. The iPhone SE comes in three different colors including black, red and white.

The iPhone SE packs the same A13 Bionic chip which we have seen in the iPhone 11 Pro models. It has a single 12-megapixel lens on the back which is capable of recording 4K videos. Apple is doing the same as Google when it comes to the camera, using software to bring in features to a single lens.

The A13 Bionic chip ensures that iPhone SE will be receiving updates from Apple for the coming five years at least. According to Apple, the processor allows for an improved Smart HDR photography which combines multiple photos into one single photo, improving the detail and lighting.

The portrait mode uses machine learning to detect faces and depth and is named by Apple “monocular depth-sensing”. However, a setback about it is that it will only work on people and not pets. The camera is also capable of optical image stabilization and can do cinematic stabilization as well. The front-facing lens also supports portrait mode effects and stands at 7 megapixels.

Apple did not disclose the battery size but the iPhone SE is expected to have the same battery life as the iPhone 8 as most parts used in it are identical to the ones used in iPhone 8. The display also seems to be exactly the same as the iPhone 8 which is 4.7-inch IPS LCD Retina display with True Tone color.

In the box there is a 5W charger, however, the iPhone supports 18 fast charging if you get an adapter separately. The headphone Jack is not there with lightning headphones in the box.

Other modernized specs it packs include Wi-Fi 6, Gigabit LTE, and dual-SIMs (with one e-sim). It also supports Haptic Touch, which is Apple’s replacement for 3D Touch, amounting to a long press with haptic feedback.

Apple has crafted this device keeping in mind people who still look for a compact, comfortable to hold and usable by one hand device in times when bigger screens are the trend. The price is another highlight feature of the iPhone SE as it becomes accessible to a much larger audience with a good camera and the best processor on the market currently. It is another device that has come out in the pandemic. Let’s see what kind of response it gets!