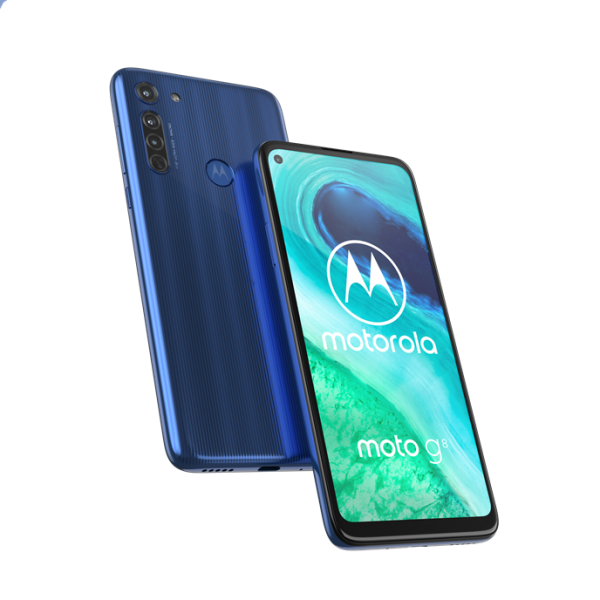 Motorola has finally filled the odd gap in its Moto G8 lineup – namely, the actual Moto G8. The G8 Power and G8 Plus have been out for a few months now, ahead of the standard G8 model, but the range is now complete.

The Moto G8 looks an awful lot like various of the leaked renders we’ve seen over the last couple of months, with a punch-out selfie camera on the main display, and an array of lenses on the phone’s back. Indeed, Motorola is keen to position the G8 as a great choice for photographers in the mid-range bracket.

The Moto G8 is available in Brazil right now, with further expansion to other global markets expected soon. It hasn’t given an exact timeframe for launch in the UK or the US, but we don’t anticipate it’ll be far off coming to the rest of the world.

The Moto G series is seen by many as a great, affordable device with few compromises.

As you’d expect, the Moto G8 looks very much like the other phones in the family and bears more than a striking resemblance to the Moto G8 Plus. But there are some differences.

The Moto G8 features an all glossy front and back with a pin-striped pattern on the back, similar to the G8 Power, even featuring a similar look to the protruding pill-shaped camera system and the Moto logo.

At under 9mm, it’s a relatively thin device, and it weighs less than the Power version too.

What’s more, it should survive the odd splash in the rain with its IPX2 splash resistance. Looking around the edges, you’ll see a familiar selection of buttons and ports, including the 3.5mm input on the top edge for plugging in your wired headphones.

The edges are rounded to give it a more ergonomic feel in the hand, and the bottom edge features the Type-C port and a single speaker grille for letting audio out of that single loudspeaker.

One other thing worth noting about the phone is that – unlike other G8 devices – it has a hole-punch camera in the top left corner, rather than featuring the dewdrop style notch.

With its HD+ resolution, the LCD display on the front isn’t going to compete with the flagships, but then again, the screen is often the area we see slightly compromised in lower-cost handsets. Specifically, it features a resolution of 720 x 1560.

While it might lack in sharpness compared to high-end devices, it more than makes up for in size. It’ll be more than good enough if your phone using habits are mostly made up of browsing social media and catching up on news.

It’s a 6.4-inch panel that comes close to taking up 90 percent of the available surface area on the front of the phone. It’s plenty wide enough too, with its 19.5: 9 ratio, making it ideal for turning horizontal and enjoying movies and TV shows.

The engine of the Moto G8 keeping things ticking over is the Snapdragon 665 processor, one of Qualcomm’s mid-range processors. With Moto’s relatively lightweight software, this should definitely be enough to keep the phone running relatively smoothly.

As for the battery, that’s a 4,000mAh cell that Moto claims can get you 40 hours of use before needing to be plugged into recharge. If accurate, that’s pretty epic, and undoubtedly has a lot to do with having a relatively low-resolution display as well as other software optimizations made in Android 10.

Moto calls its 10W charger a ‘rapid charger’ but, in truth, it won’t be all that speedy. At least not compared to other 20W-60W fast charging options we’ve seen from a whole host of other manufacturers.

Turning our attention to the cameras, and there seems to be enough here to keep the phone competitive in the budget category. The primary camera has a 16-megapixel sensor and is joined by a laser autofocus system to make autofocus quick.

There are two other sensors on the back, but only one is really useful: the ultra-wide 8-megapixel camera. This will allow you to switch between a regular and a much wider view of your scenery or subject. The third sensor is a macro sensor, designed to help focus on objects up close, which Moto says will get you 5x closer to your subject than you could without it.