Skip to content
Home » The flip phone is back with an all-new look: Motorola Razr 2020
electronics news

The flip phone is back with an all-new look: Motorola Razr 2020 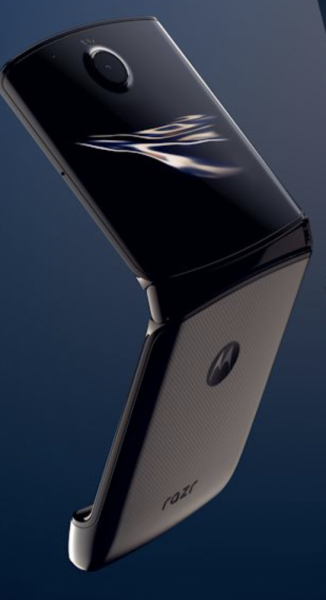 Motorola has today announced a modern successor to one of the most iconic phones ever released: the Razr V3 with the name Motorola Razr 2020. The popular flip-phone was first released in 2004 and had been a huge success for the company as it went on to sell over 100M units. The clamshell design was immensely popular as it was a lot thinner and had a unique design. The new Razr takes the core aspects of this design and ports it over to the latest 2019 technologies. At the heart of the new smartphone lies Motorola’s take on foldable displays, giving the new Razr a proper modern “full-body screen” experience.

Motorola is using the same flip phone concept as the original Razr and the new phone has a design that’s similar to it as well. The company has developed a zero-gap hinge that allows the Razr to close with both sides completely flat. This not only helps form a design viewpoint but also protects the foldable display which has a fragile plastic layer on top.

When closed, you the front side of the phone looks excellent and the curved glass panel embeds both a secondary display as well as the main camera. The display is also OLED here, but it’s of a smaller 2.7” diagonal featuring a resolution of 800 x 600 in a 4:3 form-factor.

The main camera is a 16MP unit with 1.22µm dual pixel PD in an f/1.7 lens, but it lacks OIS. Frankly given the phone’s extremely limited z-height of 6.9mm when unfolded we weren’t expecting anything more.

Finally, the phone does appear to be quite heavy at 205g but is nowhere near the weight of other phones such as the Galaxy Fold or Mate X. The battery is 2510mAh is on the smaller side, but it’s also a less demanding SoC as well as a lower resolution display so we can’t say too much about how battery life might end up.

Back in January 2019, The Wall Street Journal reported that the revived Razr would cost in the region of $1,500 (£1,170) and that price turned out to be correct. That’s not expensive for a foldable phone but it’s very high when you consider that the hardware specs of the 2019 Motorola Razr are decidedly mid-range. The new Razr will initially be available exclusively through Verizon for $1,499.99, or $62.49/month on a 24-month payment plan. Pre-orders open on December 26, 2019, and then the phone will get a release date during January 2020.

In the UK, the 2019 Motorola Razr will be exclusively available on EE, with pre-orders also opening in December. It will also be available in the EU, Latin America, Asia, and Australia. Prices for these markets are yet to be announced. We’re assuming a £1,500 price tag in the UK and we’ll update this article when we have a definite price.

One thought on “The flip phone is back with an all-new look: Motorola Razr 2020”