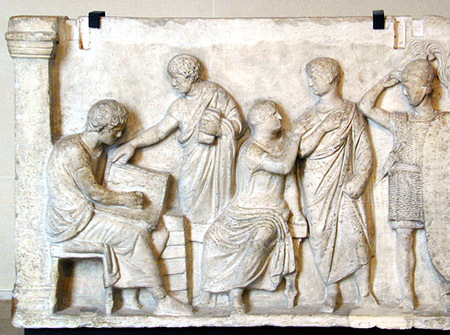 Originating in ancient Rome, population counting is something that is now being done by all countries. Most people think of the census only as a numerical count of the number of people living in an area, but it’s far more than that.

Censuses are one of the most important primary sources for historical records. They reflect the political and social situation of an area through a particular period. Even mundane figures like race, gender and family member counts can shape the future political landscape of a country. When the British came to India, the first formal census of the region took place. Before this, people never had an exact idea of what religious or ethnic group lived in majority in different regions. Many people identified themselves as both Hindu and Muslim, and members of more than one castes. In fact, due to linguistic differences, people who were Brahmin sometimes identified themselves as Rajput and vice versa. Census and caste enumeration: British legacy and contemporary practice in India looks deeply into the reasons and spillover effects of this.

This fluidity in identification was something that allowed people to coexist peacefully, in a way. If nobody knew what percentage of Hindu or Muslim lived in an area, who could claim a larger right to power? The flip side was also the case sometimes. When ideas of majority vs minority started popping up, communal rifts increased. The Hindus and Muslims’ power struggles and ultimately, the creation of the Muslim majority area of Pakistan was one of the spillover effects of putting numbers to areas. The first population census, taken in the 1800s helped the British navigate their ruling strategies. This allowed them to figure out what areas to recruit army men from, what ethnic group dominated each area and how to deal with them.

This is one aspect of census taking that we see here, but the way the data was collected itself was often reflective of the political biases present at that time as well. For example, in England during the 1800s, land-owning women were not taken as legitimate landowners and their closest male relatives were taken as the owners of the land for official documentation purposes. This gave an inaccurate picture of who the landowners were. Gender identities were not considered until very recently, and in many developing countries genders outside the binary are still not recorded.

Even today in America and other countries with strict immigration control policies, these statistics help to make new policies to limit ethnic diversity in the area. This can often fuel racial and religious discrimination.

But as time progresses, technology allows our census taking processes to become more transparent and accurate. Today many countries rely on online databases to collect and officiate census data. Enumerators going from door-to-door are often not needed in developed countries. Thus the human error created by the middleman can be removed.

Developing countries like India and Pakistan still haven’t caught on to this trend due to a large segment of the population being illiterate. But they’ve introduced new categories for the classification of people who don’t fit neatly into the mainstream boxes. Pakistan added a category for transgender people to be added in the census only recently. However, even in cases like literacy where data should ideally be black-and-white, ambiguity exists. If people who can read and write are considered literate, what are the parameters of their ability to read and write? Many people who can only read and write their own names are taken as literate whereas people who can read and understand a language but not write it are taken as illiterate. This leads to inaccuracies.

In Canada, short and long form data is collected which helps keep track of the sociological changes that take place in the region both short and long term. However, the long form is only released approximately 92 years after the information has been collected. This is to protect the privacy of the participants in the census.

Yet even in territories like Canada, population counting is a controversial topic. Many people who identified by race as Caucasian had to sub-classify themselves as ‘French’ or ‘Canadian’. Yet as time went by and language assimilation grew, many French origin Caucasians identified themselves as English speakers due to their mother tongue. So the correlation between language and ethnicity is often not a good indicator of ethnic diversity either.

The census is an incredibly useful tool in all demographics and countries, undoubtedly. But a question that rarely gets asked is that is the data collected accurate and unbiased? Even in today’s day and age, inadvertent discrepancies are present. And even if the data is taken to be accurate, one cannot disregard how political inclinations shape census data and have long lasting socio-political effects as well.

TCL Electronics, one of the dominant players in the global TV industry and a leading consumer electronics company with a mission to make life...
Read more

Under the theme Life is ON – Make Yourself at Home, LG Electronics (LG) is sharing its vision for a more connected and more...
Read more
Load more