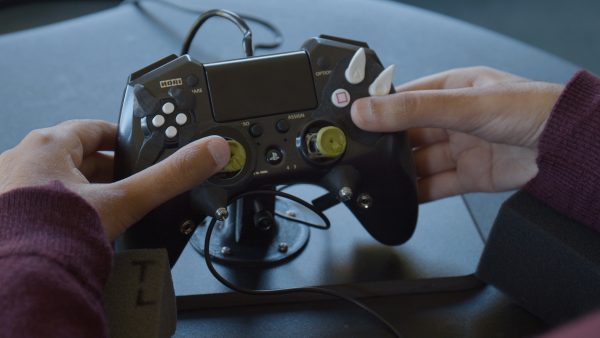 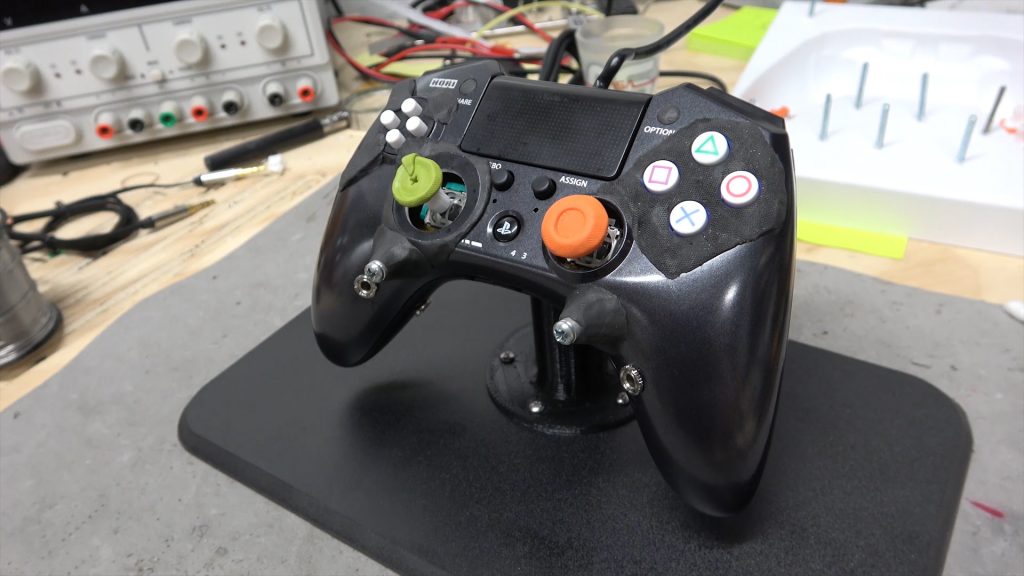 Ben Heck in partnership with Sugru has created a bespoke game controller designed for people with Muscular Dystrophy. Ben Heck specifically designed this controller for the British gaming vlogger Vivek Gohil. Vivek has a muscle-wasting condition due to which he had to give up his dreams and passion. Consequently, Ben Heck did wonder for Vivek and people like him by designing the ‘Miracle’ controller.

The controller has come into existence with the help of Sugru mouldable glue. It holds all the components together and gives the controller its unique shape. The weakened joystick springs allow for effortless movement alongside a minimised D-pad. There are conductive touchpoints below the joysticks which replicate R3 and the L3 buttons. Moreover, there is an adjustable stand that makes the controller weightless for longer sessions.

Vivek Gohil, followed by thousands for his games reviews on the blog UncannyVivek, comments: “Gaming was such a big part of my life, and now Ben has helped me access it again. I call it a miracle controller. To be honest, it’s like a dream. Because this controller has been adapted especially for my needs, it will help me to play for longer, and stay relaxed, knowing that I can press the buttons. My advice to any anyone who finds gaming physically difficult is that there are simple things you can start off with to make adaptations, like using Sugru to improve the buttons.”

Vivek, aged 28, is a passionate gaming vlogger. He resides in Leicester, UK. his livelihood depends on his gaming vlogging, however, he has Duchenne Muscular Dystrophy. Due to this, it has become difficult for him to pursue his passion and earn a livelihood because he finds it difficult to press buttons. Special light-touch buttons and a host of other bespoke features were created by YouTube star Ben Heck to allow him to continue gaming, better, for longer.

Features of the ‘miracle’ controller

The ‘miracle’ controller, as the name suggests, has incredible features. It has removable joysticks that allow people like Vivek to enjoy games like the Mass Effect and FIFA. these are the games that Vivek had struggled to play because of complicated button combinations required. The controller features touch-sensitive L3 & R3 sticks beneath the weakened joysticks, a minimised d-pad, light-touch face buttons and extended trigger buttons. It sits on an adjustable stand to make it weightless for longer sessions.

Moreover, Sugru mouldable glue with its properties allowed Ben to easily tackle the challenges. Vivek originally used it to make minor adaptations to his game controller set up. However, since his condition was deteriorating over time, he had to come up with a custom solution.

On his latest project, Ben Heck comments: “Four different controllers were used to make this! The Sugru meant I didn’t have to worry whether or not it would stick, even on smooth surfaces where traditionally you’d want to rough up the surface. Weakening the analog sticks and still keeping them functional was a big challenge, but it worked out pretty well. I hope Vivek enjoys this for many years to come.”

Sugru is waterproof, shock resistant, electrically insulating, flexible, durable and removable making it ideal for adapting objects at home. The mouldable glue has been used by millions of people around the world to create, repair and adapt things since it was launched in 2009. Due to the low-tech, low-cost nature of the product, it has been widely adopted by people with disabilities to change the world around them.