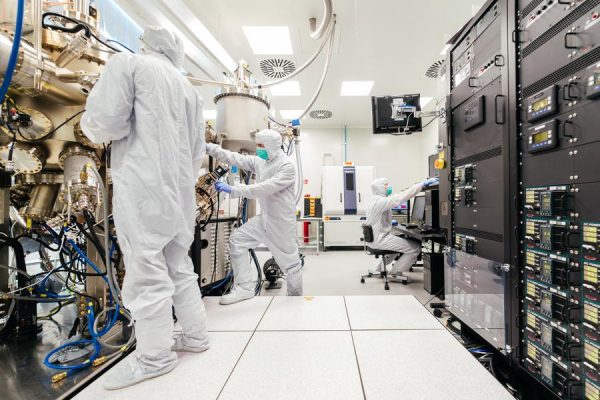 Brolis Sensor Technology is a high-end Vilnius-based photonics technology company. It is on the road to solving a 50-year-old task of making non-invasive blood analysis possible. Engineers and scientists at Brolis have aided through a broadband laser-based sensor to remotely sense concentration level of main critical blood constituents which includes: lactate, glucose, urea, ketones or ethanol, without drawing any blood.

As a result, once the technology is approved by medical regulators, people won’t have to puncture their fingers to measure the blood glucose level. The technology will be packed into a compact device for use.

“We have created a unique laser-based sensor technology that operates in a spectral band which was largely unexplored in the past,” comments Augustinas Vizbaras, the CTO and co-founder of Brolis Sensor Technology. “From when Brolis was founded and we started developing this technology, we were sure that it would be suitable for medical purposes, although there are other important applications outside the medical field. The sensor can be applied in various ways – to see in the dark, to remotely sense gas, for on-site inspections in additive manufacturing processes, for security applications, among other purposes.”

Science has shown us that all molecules, are made up of separate atoms- carbon, oxygen, hydrogen, nitrogen. These atoms come up with unique geometrical structures. Every time an atom reacts with the environment, it experiences vibration at characteristic frequencies. These frequencies are called molecular fingerprints and can be sensed with laser light.

“Because of molecular fingerprints, we can identify different molecules by measuring these vibrations,”  explains Dr Vizbaras. “What is unique about our laser is that it allows analysis from a distance. The laser light is sent to the object, where it interacts with the object and its constituents. The light is then reflected back by means of diffuse reflectance and is collected by the system. Reflected light already carries object-specific information, which is analyzed. By using this method, we can analyze remote objects of different phase – liquid, gas or solid.”

To scan molecular fingerprints with a laser, it has to have a certain kind of radiation. Consequently, Brolis has innovated a laser technology that allows for rapid change of the emission wavelength of the laser across a wide spectral band.

“When analyzing blood, or other liquid phase media, one needs a very widely tunable laser as liquids possess very broad molecular fingerprint absorption bands due to so-called collisional broadening,” adds Dr Vizbaras. “One way to achieve this is to use a hundred lasers at the same time, but it wouldn’t be commercially viable. Our sensor is a single device that replaces the need for that many lasers.”

“Our innovation of the semiconductor technology was the cornerstone for creating the sensor,” says Dr Vizbaras. “It is the breakthrough that we have built the device around.”

Fully functioning prototypes of the innovating sensor already exist and the company has plans to introduce them in the market in about three to four years. Since it is a medical device, it has to go through extensive testing and comply with legal regulations of the US and the EU institutions.

Even though Brolis Sensor Technology is first implementing their sensors in the medical field, these devices will be applicable in other areas, too.

“Later on, we are planning on adapting the device to measure lactates, which would be useful for everyone doing sports. The sensor could be attached to any smartwatch,” elaborates Dr Vizbaras. “Also, the sensors could be used to test  blood alcohol levels via a fingerprint scan, or even partly replace common blood tests.”

The project was launched seven years ago. The research is carried out by Lithuanian scientists at Brolis Sensor Technology and is financed by the company itself.