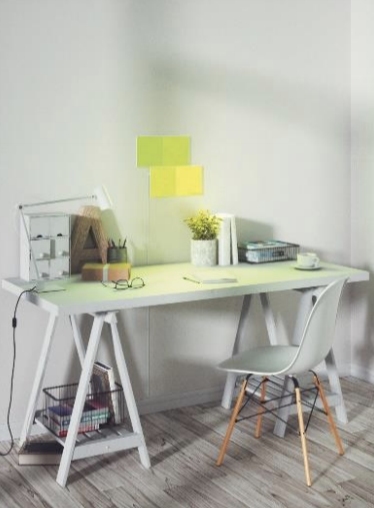 The smart lighting pioneer, Nanoleaf has inveiled its new Smarter kit mini, equipped with four light squares of four light panels. Nanoleaf has put forward a lighting system that is unique as it allows customizable lighting solution for any room in the home. Nanoleaf’s Modular LED lighting system gives users the liberty to have their choice of design. The design possibilities are limitless and can be adapted to the atmosphere that you wish to create in your space. It does not matter if it’s above your gaming station or in a living room to create mood lighting, with the Smarter kit mini, anything is possible.

Moreover, users get to choose from a selection of preprogrammed color schemes. They can be creative and design their own color scheme suiting their needs and wants. Additionally, the modular lighting system smarter kit mini has the ability to sync with the music in real-time. You can access is with touch as it is touch-enabled and made up of LED light squares.

The Rhythm Edition is a smart, modular lighting system that syncs to music in real-time. Designed out of triangular LED panels, it strikingly syncs the music to the Light Panels to create a beautiful view and feel for the people around.

If you breakdown the four panels smarter kit mini then it consists of the following: one control panel/controller, three light squares or four light panels, a power supply, four linkers, and double-sided tape. As a result, the Nanoleaf products are even more accessible to customers as they can start with a four panels Smarter Kit Mini and add more panels later if they wish to due to the Nanoleaf expansion packs.