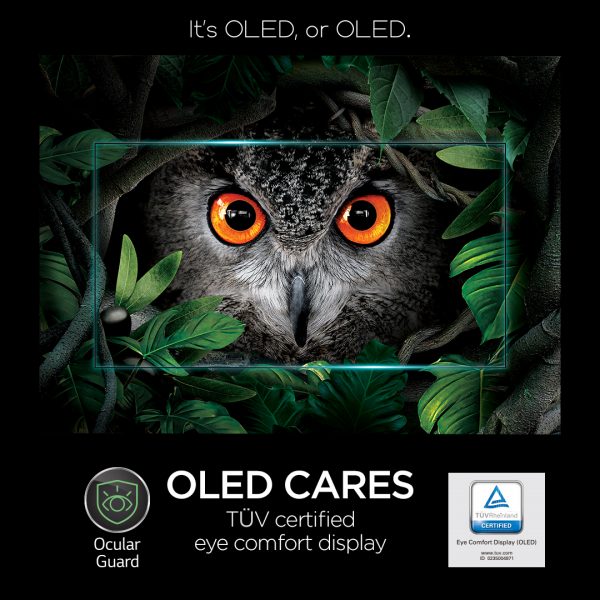 On the 29th of July, 2019, LG Display, one of the biggest manufacturers of top-quality displays, announced its amalgamation with the globally renowned department store Harrods. The partnership came into being to put forward the most modern and innovative OLED TV technologies. The unexampled window installation will be made available at Harrolds starting from September 1st, 2019 in retail stores. 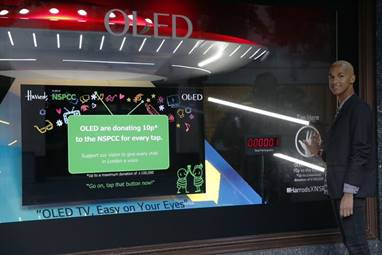 The ravishing installation featuring the OLED technology and the up-to-the-minute TVS from dominant brands throughout the world including LG electronics, Bang & Olufsen, Panasonic, and Philips were uncovered by LG Display at an eye-catching launch event at Harrods. The Door 5 of the iconic Harrods’, Knightsbridge building is being used to showcase the pioneer OLED TVs, equipped with OLED TV panels made by LG Display, in the store’s famous show windows.

What’s interesting is that only the world’s renowned brands are given the chance to be displayed in the show windows of Harrods. This shows how important OLED is in the coming future of displays due to its unparalleled features and bountiful form factors that no other display technology can match. Some of these include the authentic vivid color gamut, the thin and sleek design, multiple angle view factor and an ocular guard which makes the impact on eyes very light. Moreover, the world-class testing and authority, TÜV Rheinland, is a testament to LG Display’s OLED panel’s great ability regarding them as the least fatigue causing the eye due to the optimal brightness level and the correct balance of blue light. Additionally, this feature allows OLED’s features to reach a higher level making it a complement to the future of premium Television. 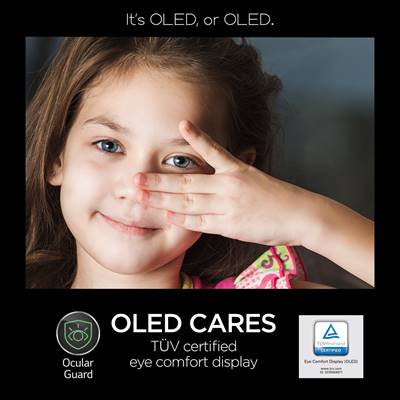 Both the companies are keen to offer people a first-hand experience to show the real ability of the product and therefore a brand new OLED zone will be installed on Harrods’s 5th floor. Moreover, to mark the exceptional character of LG electronics, Harrods will advocate OLED POPs alongside each TV set of all brands including LG Electronics, Bang & Olufsen, Panasonic, and Philips.

The certain traits of the companies involved make them suitable partners as the marvelous affluence of OLED complements the luxury of retailer Harrods as well as the other involved leading TV brands which are a part of the whole installation process. All the big names involved give OLED an upper edge in the upcoming generation of display technology.

LG Display on the collaboration

“We are proud to partner with Harrods, the world’s most recognized luxury department store, and we are delighted that OLED technology has been chosen as the face of its legendary show windows, an unprecedented move. This recognition has brought OLED to the next level and firmly cemented its reputation for superior quality and pioneering innovation,” said Dr. Chang-Ho Oh, Executive Vice President & Head of the TV Business Unit at LG Display. He added, “This marriage between two pinnacles of luxury is truly historic and a perfect partnership considering Harrods’ reputation for bringing exquisite products to consumers in a spectacular retail environment.”

As part of the collaboration, Harrods has included an interactive hand at one of the windows by which visitors can touch and donate to Harrods’ corporate charity partner and the UK’s leading children charity, the NSPCC.

The idea is that for every press on the window, 10p will go to donations and also for every post of a dedicated hashtag on social media. Funds raised will go directly towards the NSPCC’s vital services in the capital, helping to support children in London and protect them from abuse and neglect. The money will help to fund Childline, Speak Out, Stay Safe, school assemblies and the NSPCC service centers.

Harrods was founded in 1849 by Charles Henry Harrod. Originally a single room mainly selling groceries, it had expanded into a department store by 1880. Harrods now offers over 5,000 brands in the Knightsbridge store.