The Polar M600 is a brilliant smartwatch. This is one of the first true smartwatches produced by Polar, who generally stick to the fitness side. Interestingly, they haven’t yet released a follow up to this brilliant watch. We looked at it a few years ago, loved it, and it is still the watch I am currently wearing right now.

Back then, I was pretty much an Android guy, so anything that ran Android Wear, or Wear OS as it is now called, worked perfectly. While their Watch OS has changed, the connectivity with Android phones has generally been good. However, it is a whole different story when you look at iOS/iPhone connectivity. In fact, when I last moved to an iPhone from an Android, I ended up going back to my analog watch. 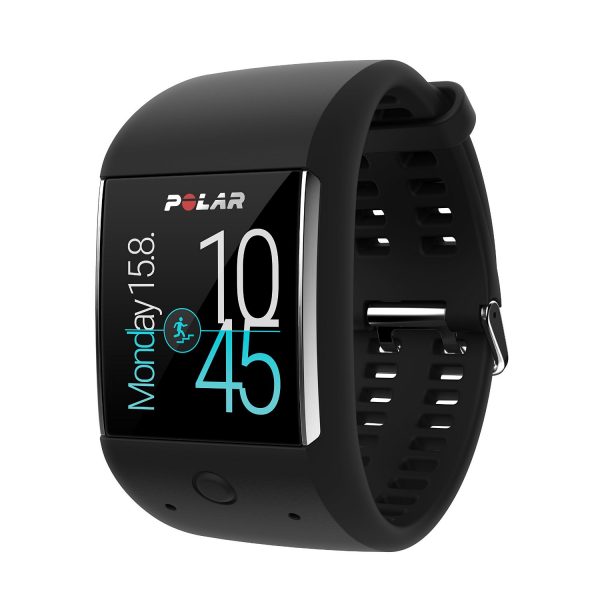 Now though, I wanted to go back to the Polar M600 as it is a great fitness. It measures your heart rate, has built-in GPS, a pretty decent fitness app and of course everything else you want or get from a Wear OS watch. I am not getting any younger and have started to include some regular fitness activities in my life. While the numbers probably don’t mean that much from the watch, they are good at keeping me motivated, and that is what this watch is all about.

So, as I moved from my Huawei P30 Pro to the trusty old iPhone 7 Plus, I really wanted to carry on wearing this watch. I had some issues, but have seemingly resolved them all, so thought I’d write an article detailing them.

Just as an FYI, the issues were so annoying that I almost bought a dedicated fitness watch. I had my heart set on the Garmin Forerunner 35, with its long battery life and features. However, luckily, end of the month meant I wanted to check my cashflow and instead found ways around the issues.

Yeah, this one is obvious for those who know, but not so much for others. You can’t just pair it to a new phone, or multiple phones. You have to Factory Reset it.

Polar M600 will update again after the reset

This one I found a bit odd. Weirdly, even though it has had an OS update, if you reset it, it reverts back to the older version of Wear OS it had on it.

This means you need to add WiFi to it, which means you are best off sitting at home or in an area with a pretty decent WiFi connection.

Try Disconnect and Reset yet again!

So, one of the main issues with connectivity I found came because of a bad WiFi when I first updated it.

I tried the whole Disconnect/Reset thing again at home, with the watch sitting static, having added the home WiFi password on it, and since then it has been a lot better. When it does disconnect, it tends to reconnect again.

You can obviously use this with other Android Wear/Wear OS watches as well, and sort your Wear OS connectivity issues with iPhones/iOS.

You will have to SYNC fitness data manually

Yeah, annoying, but at least it works. In order to have your fitness data from your watch to your phone, and hence the Polar M600 app/website, you need to manually sync it to your phone.

In order to do so, go to the Polar M600 app on the watch, swipe up till you get to the Sync bit, and click on it.

It will go from Searching to (hopefully) Syncing.

I hate this one. We really shouldn’t have to live in a world where this is a way out, but sadly it helps.

Ensure the Wear OS app is running on your phone

It is easy to ‘turn off’ apps in iOS by swiping them up or killing them. Sadly, the only way Wear OS pairs to your phone is if the app is running. So yeah, turn the app on, press Home on your phone, and leave it running. Do not turn it off/kill it, as that will kill the pair.

Turn Bluetooth off and on again on your phone

This one was particularly frustrating. I found that the Polar M600 app itself wasn’t pairing. I can live without the notifications on the watch, but fitness is something I needed to work. For two days, it just wouldn’t sync data, no matter what I did. Finally, I tried turning the Bluetooth on the phone and turned it back on again.

Opened the app, forced the watch to sync data, and viola.