After having had quite enough with the Polar M600 and its connectivity issues with iOS, I decided to go and buy a different smartwatch. I do have a few non-smartwatches (or watches, if you may) that I use, but since their straps are breaking, batteries are dead, etc, none of them are quite ‘wear and play’ either. Anyway, a lot of research pointed me to the Garmin Forerunner 45.

My requirements were simple, I wanted a fitness watch primarily, which had a heart rate monitor and had GPS built-in, so I didn’t need to carry my phone with me while I went running or did other exercises. Notifications are okay, but not really needed, though an indication of when my phone is ringing would be useful. What I wanted the most was a good fitness app and something that had a reliable connection. The Garmin Forerunner 45 ticked all these boxes. I will be doing a thorough review soon, so keep your eyes peeled. 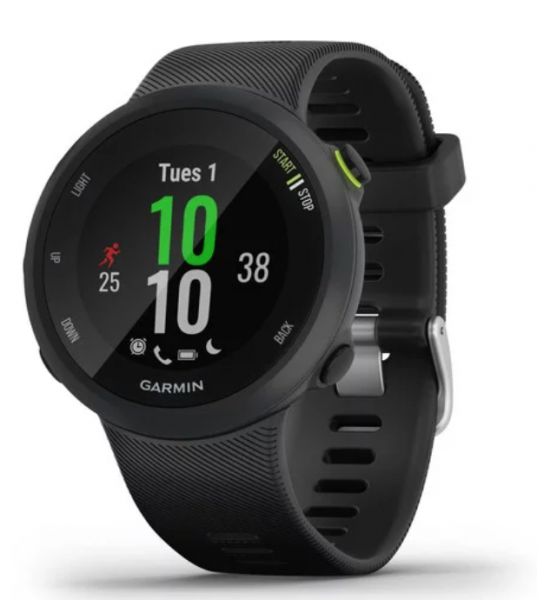 Sadly though, the Garmin Forerunner 45 still has some connectivity issues, though it is a lot easier to deal with them than the Polar M600.

So, after having this for over a week, I find that almost once every 24-48 hour period, the watch loses its ability to sync with the phone. Weirdly, it still delivers notifications, and the phone icon on the watch is still there, but it just doesn’t sync. Sometimes, the phone will also say that it isn’t connected, which is at least better than it pretending when it isn’t.

It must be mentioned that these issues are found only on iOS so far, and I haven’t tried the watch yet on an Android.

I found the following worked best for me:

The easiest way to get the connection back was to restart the watch. To do so:

I turned it off, but it won’t come on

Oh yes, I had a little panic moment with the Garmin Forerunner 45 when I turned it off, and then it just won’t come on. It was brand new, and I really didn’t want a broken watch on my hands. Luckily, I found a way around it.

Since the last few firmware updates, the problem has mostly been fixed.

It retails for around £160 and can be found on various online retailers such as Amazon.