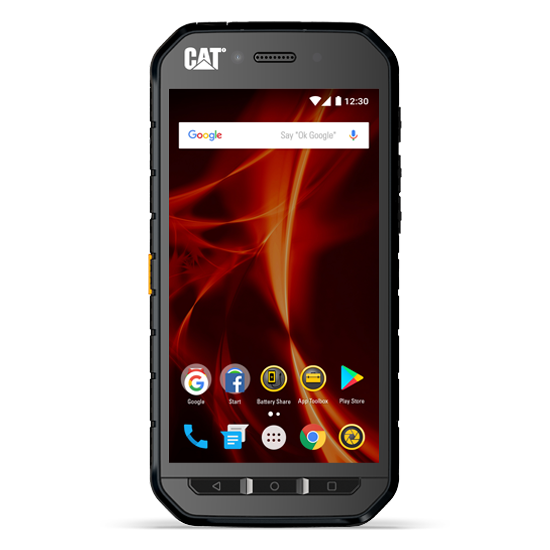 For those who work outside, perhaps on building sites or in environmentally challenging conditions, the standard smartphones that most of us own can be easily damaged. It just takes one drop onto concrete or water to cause irreparable damage and cost us a small fortune to be replaced. So, it makes sense that somebody would construct a phone that’s sturdy and durable and can withstand even the most challenging of conditions. I was given the chance to try the CAT S41 Smartphone for a few weeks for this review. It was sent to me on loan and I didn’t get to keep the product, just try it out so I could give an unbiased opinion. For this review, I’m not going to focus on how it operates as a phone but rather on the durability and on testing some of the claims made by the manufacturers about how sturdy this phone is in challenging environments.

My first impression of this phone was that it was much bigger and chunkier than my usual iPhone. It’s at least an inch longer and about half an inch wider. The casing has the CAT logo and a textured finish that’s giving us a clue as to how durable this phone might be. No smooth, metallic finishes here! It’s all black apart from one bronze coloured button on the left hand side.

On first switching this on I was amazed at how bright the screen was. It was dazzling, and my initial thoughts were that this was something that might come in handy for those working in darkened areas such as quarries or building sites. It turns out it has an adaptive brightness function so because I was working in a dimly lit room, the screen became brighter. If I was out and about on a sunny day, the screen will go duller.

When I went into settings to try to change the brightness settings, one of the cool things I noticed was an option for “glove mode.” This is something that would come in really handy on all phones, not just those designed with outdoor workers in mind. Basically, you can wear gloves and still operate the touchscreen. I tried it out wearing a pair of leather gloves. It worked really well. I had to tap a little bit harder but considering that an ordinary smartphone’s touchscreen won’t work at all when I’m wearing those gloves, I thought it was excellent.

So, after a little while of playing around with it, I decided to make a start on testing some of the claims made by the manufacturers. It can apparently be dropped from a height of up to 1.8 metres and it has a scratch-resistant Corning Gorilla Glass 5 screen that can withstand water and dust. So knocking it off my desk onto a hard floor shouldn’t be a problem. I did it and it landed with a proper thud. I was more worried about my laminate flooring than the phone if I’m honest. Then I tried dropping it on the pavement outside from head height as if I was using the phone to make a call and it slipped out of my hand. I’m under 5ft tall so this was much less than the 1.8 metres stated and again, it was fine. There were no scratches or damage either to the screen or to the rest of the phone. Of course, it shouldn’t be slammed at a wall or anything because it will have its limits! It’s apparently also able to handle salt mist spray but that is a test I wasn’t able to do at home. 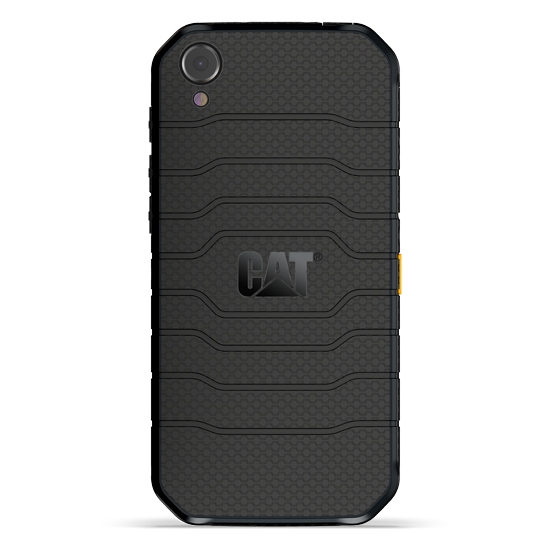 The phone is also waterproof and can stay underwater for up to an hour at a depth of 2 metres. I tried it in a simple bathtub of water. Firstly, the phone isn’t damaged at all by being submerged in water, which is obviously great. The ports for headphones, charging cables, SIM and SD card are all protected and covered over. I was able to dry it off pretty easily, with no bag of rice required, just a towel. However, I found I couldn’t operate it underwater. Even in the phone’s underwater mode, the touchscreen still didn’t work in the normal way.

The other thing I should mention is the impressive battery power. It’s 5000mAh and it is as impressive as it sounds. It provides up to 44 days standby time and 38 hours of talk time. You can even charge other devices from this phone. So, it doesn’t just operate as a phone but as a power bank too. It’s possible to set a reserve battery level so that you don’t go beyond that and drain your phone by charging other devices. This would be extremely handy if you wanted to stay at a certain amount of power while working on your own, just in case of emergencies.

Overall, this is a really impressive phone and despite it being quite temperamental when I tried to use it underwater, I was pleased with the fact that it wasn’t going to die on me when I submerged it. I think it would be great if the technology used to make this phone so tough was incorporated into every smartphone on the market. Who doesn’t want a waterproof phone that doesn’t break when you drop it, has a tough screen that doesn’t scratch and can adapt to bright or dark conditions? Features that are in this phone could be seen in the future in every phone.

The CAT S41 smartphone is priced at £399 which is about half the price I expected it to be considering the durability this device offers. You can read more about it on the Catphones website.