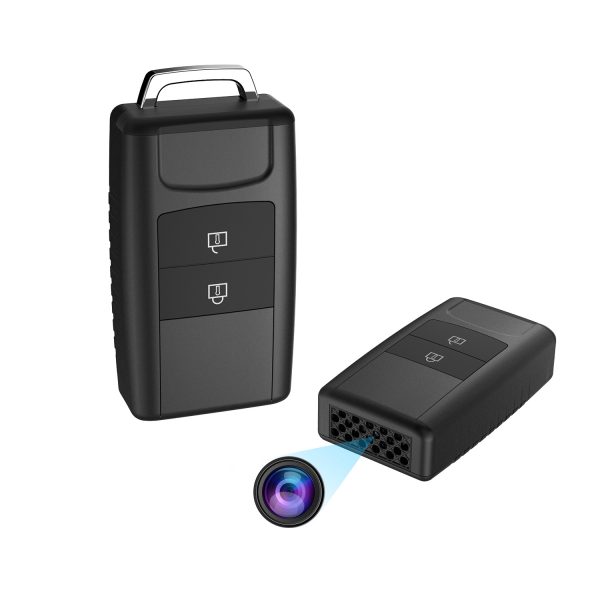 One of the really cool things about writing for OxGadgets is getting to try out pieces of equipment that I otherwise probably wouldn’t know much about and recently I was treated to the chance to sample a spy cam. Just the mention of the words, “spy cam” had me thinking about James Bond style gizmos and I really wasn’t too far off the mark. I was sent a sample of the Conbrov Car Keychain Spy Camera, which is disguised as a car key.

The first thing that struck me about this is how similar it was in appearance to the Vauxhall Corsa car key already on my keyring. It even has buttons with a lock and unlock symbol on them to keep up the pretence. The only clue that it isn’t a car key is the Conbrov logo on the back and the fact that one of the sides has a kind of plastic grating on it rather than the rubbery texture found on the rest of the device. It’s discreet and if you weren’t closely inspecting it, you wouldn’t have a clue that it’s not a key. 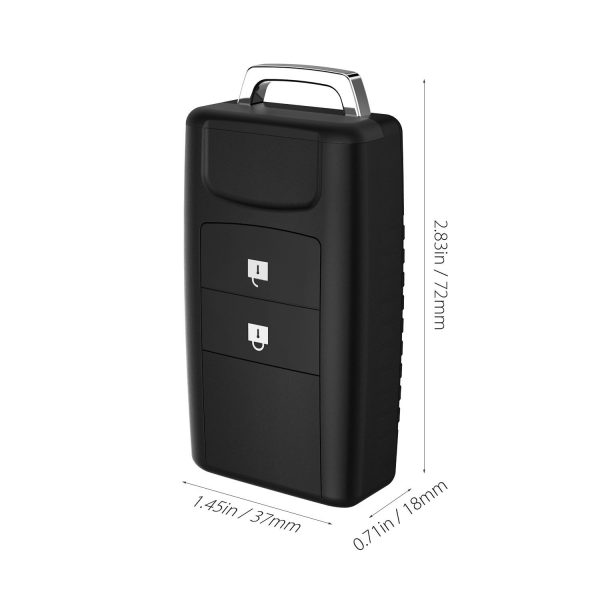 So, after this initial inspection, I was keen to use it and test the recording function. Unlike some devices on the market, it doesn’t come charged – not even a little bit – so it had to be connected to a power source with a micro USB cable (which is included). It didn’t take long to charge. I had it plugged in for four hours and it was good to go but the recommended time is five hours. It has a built-in 800mAh rechargeable lithiumion battery. The product guide says it’s possible to record five and a half hours uninterrupted on one charge, which I found to be pretty accurate. If you want to record for longer, just use a power bank and connect it to keep the power supply going. At first I tried this on the move, attaching it to my keyring since that’s how it’s disguised to look but in the end, I sat it in a discreet location at my living room window, as a kind of hidden home security device, so the power bank idea was useful for me.

There was a little card included with the box which has a disclaimer on it, stating that in accordance with United States laws and Amazon’s regulations, this device does not include audio capabilities. I had no idea that it was illegal to sell a spy cam with audio but it does make a lot of sense. However, it is possible to update the software so that it can record audio and then there’s a small switch next to the micro SD card slot that can be moved to choose whether to record audio with it or not. Whether you’re comfortable doing this is a matter for your own conscience, and it will depend on what you’re using this camera for but having attempted it myself, I found it pretty easy. The zip files for doing this and a step-by-step guide are available on the Conbrov website and can easily be located.

The video images it captures are high definition 1280x720P resolution. I found them to be good quality and I’ve linked to a couple of short clips on YouTube of footage I took in my street and of my dog, just to demonstrate the quality. If you’re recording at night it automatically switches to black and white and it has a night visual range of fifteen feet.

To use and store images, you have to use a micro SD card with minimum capacity of 8GB and it can support up to 32GB cards. I used a 32GB one and as recommended in the manual, I formatted it to FAT32 format before first use. For any consumers who don’t know how to do that, there’s a step-by-step guide in the little instruction booklet with easy directions. If you do decide to attach this to a power bank and record constantly, it will record on a loop and after twenty-four hours, it will start to delete the older images to make room for the new recordings. There’s also a motion detection setting which, when activated, will only record when it detects motion in front of the lens. This was especially useful for me since I ended up using it as a security camera, so when it was recording at night, it would only start capturing footage when someone was outside. 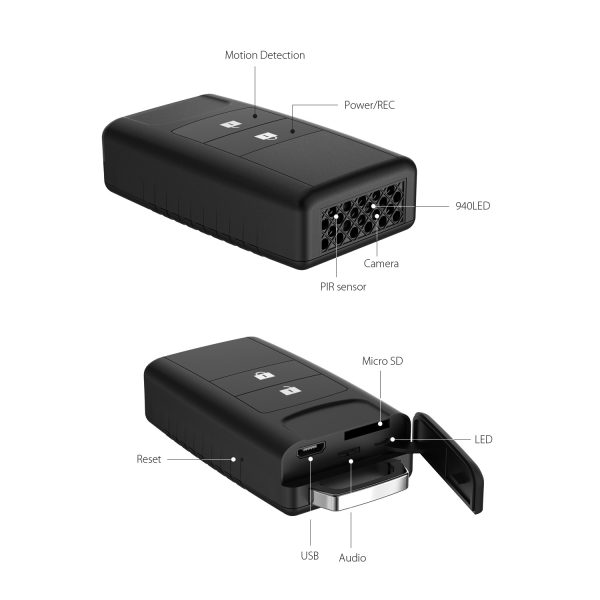 I had a lot of fun with this spy cam but there are some drawbacks. Firstly, I didn’t know when it was in use. It’s difficult to tell. The lens doesn’t light up at all, for obvious reasons. If it did, it wouldn’t be a discreet camera and the light would draw attention to it. However, I would like some way of telling when it’s recording and when it’s not.

Also, if you have to reset it for any reason, there’s a pin included, although you could also use a paperclip. One of the big downsides of this device for me was that I had to reset it every time I removed the micro SD card. So, as you can imagine, since it was all new to me and I was playing around with it, it had quite a few resets. This is something that really bothered me about the spy cam. However, it was pretty much the only downside. It’s a fun item that, so long as it’s in the right hands and used responsibly, could be very useful. It’s priced at $130 usually but is, at the time of writing this review, reduced to $59.99. This has a warranty period of twelve months from purchase, during which time it will be replaced if it is faulty.

To read more about this T19 Car Keychain Spy Camera, please visit the Conbrov website. If you use the discount code Conbrovt19 you can also receive 10% off any purchase of this item. Conbrov are also currently holding a giveaway to win one of their other cameras, a T16 mini camera. If you’d like to be in with a chance to win this, please visit their contest page.