From 1st September 2017, which is being dubbed “Force Friday,” Propel will be offering a limited edition range of hand-finished, individually numbered battle drones. These collector’s items are designed with classic star-fighters from the Star Wars films in mind. This will enable live air combat games in which up to 12 players can participate. 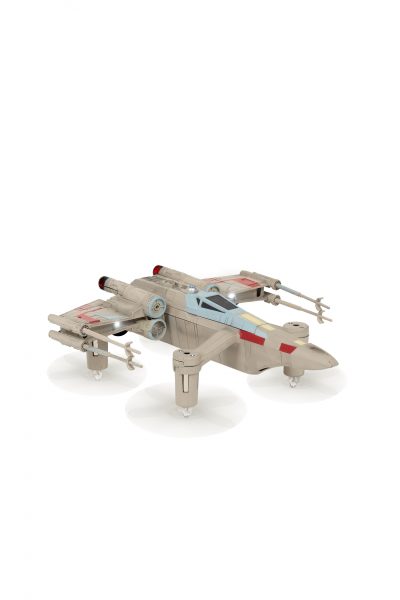 The first edition will feature the T-65 X-wing Starfighter, Darth Vader’s TIE Advanced x1 and a 74-Z speeder bike. These battle drones give a thrilling flight experience which Star Wars fans are sure to love and can be enjoyed in over 25 countries. The three quadrocopters can reach flying speeds in excess of 50 km/h and feature technical innovations like Li-Fi technology integrated into the drone. 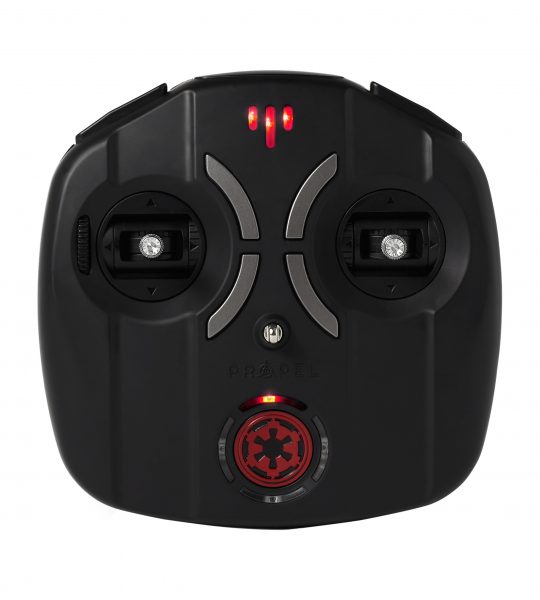 First time flyers can use T Mode (Training Mode) which will provide an invisible aura around you and the drone will be easier to control. The drones also have an integrated flight control algorithm which comes in useful for high-precision multiplayer air battles. 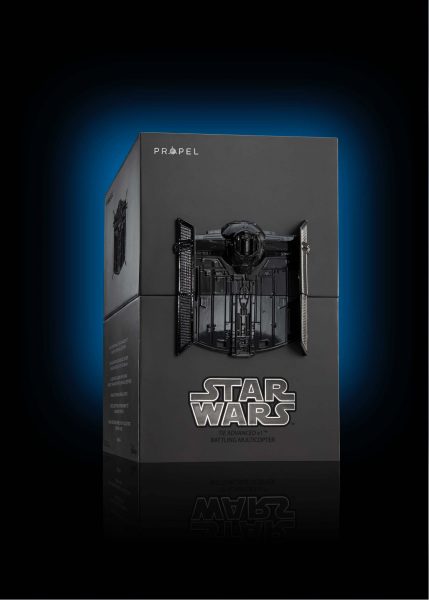 If you wanted to recreate the flight action in Star Wars, that’s possible by manoeuvring into corkscrew rolls in forward flight or by using innovative reverse propulsion drone technology. 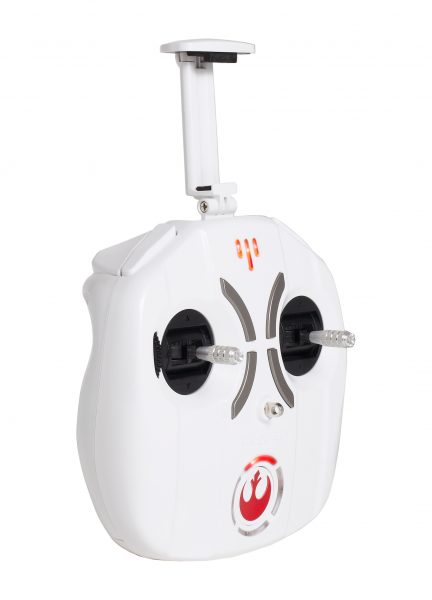 The first quadrocopter edition is presented in a special box with a wax seal and a 3D scale model of the craft on the front of the box. When opened, the box illuminates and it plays either the Star Wars theme tune or soundbites from the movies through integrated loudspeakers inside the box. Each drone and presentation box has a unique serial number, so you know it’s an authentic collector’s item. The range has support from Propel Customer Care with unlimited parts replacement for 12 months after purchase and free customer service available 24 hours a day, 7 days a week. 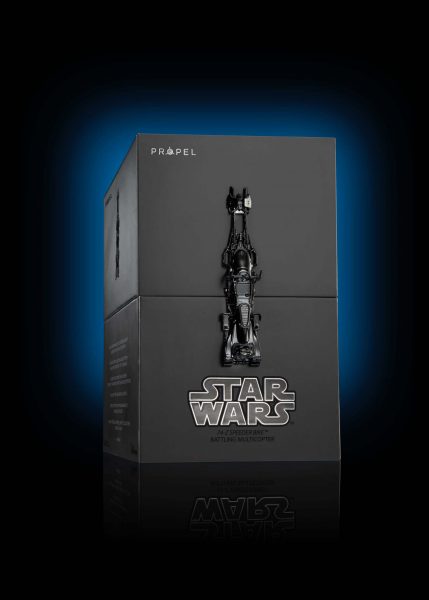 Propel are also launching a series of companion apps, the first of which is coming on Force Friday. This first release is a flight simulator with 34 training modes. It will take you from cadet to admiral status. The app will sync your remote controller with your smartphone using Bluetooth technology and then the live flight experience is mimicked by movement. This is a great way to train and polish your skills before commencing battle. With Intelligent Awareness Technology, or IAT, the app will know your precise position in the game and tutor you in how to win the battle. 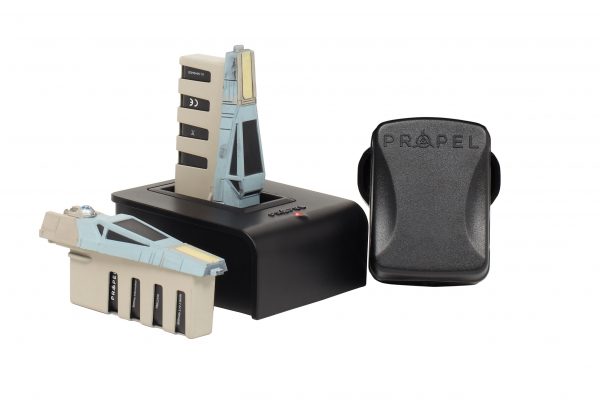 Darren Matloff, CEO of Propel said, “For almost 40 years now, countless Star Wars fans of all ages have been dreaming about piloting their very own Starfighter and battling against the enemy. Now it is finally possible! We have developed and incorporated over 5 new patent-pending technologies into these drones to guarantee a truly immersive user experience for the fans. For the first time ever you can battle against others, with a system that records, combines and compares your performance against everyone in the world.” 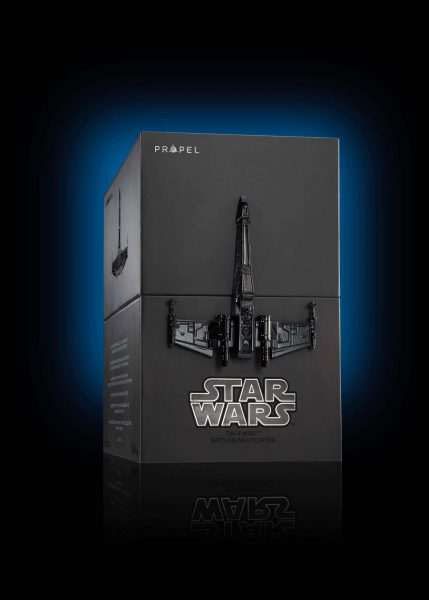 So, would your drone be on the dark side of the Force or with the Rebel Alliance?