Skip to content
Home » LG G6 – the one true competitor to the Galaxy S8?
Reviews

LG G6 – the one true competitor to the Galaxy S8? 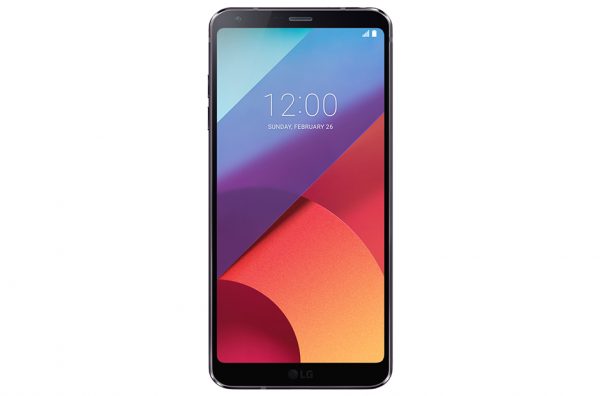 It seems like LG is constantly caught in the traps laid down by their own ambitions. Sometimes it works, sometimes it doesn’t. The LG G5 braved the world with a modular approach, letting you swap in a better camera or a DAC. With Motorola Mods making the whole thing a lot easier and smooth, the G5 didn’t really gain much traction. With the LG G6, LG has focused on a different thing altogether: the display. The Bezel is almost non-existent, the display has rounded edges and features an 18:9 ratio. Throw in Dolby Vision and HDR10 technology, and suddenly you’ve got a great device in your hands. We take a look at how well LG has done with their latest innovation.

Before we dive into the details, let’s have a quick look at the specs and features.

The highlight feature of this device is the lack of sharp corners on the device. Chamfered edges highlight the device, and even the screen comes with rounded corners. Like the LG G series, the power button still is at the back, and since the G4, has been home to the fingerprint sensor. So clever was this move by LG that the spot is now the default fingerprint sensor location for many an Android phone.

The back also features the dual camera as well as the dual flash setup. The back is also quite a fingerprint magnet, which may or may not be an issue to you. Not slippery though, which is a good touch.

The top features a 3.5mm headset socket, while the bottom has a USB C port and a single speaker grill. The left has volume keys and the right has the SIM and microSD slot.

Overall it feels fairly snug in your hand. You can use it single-handedly, but just about.

LG G6 – it is all about that display

The obvious highlight of this device is the 18:9 screen with the rounded edges. LG have done a brilliant job at not only making it work, but making it look really lovely on the eye. Throw in Dolby digital screen with HDR10 and you are onto a winner. While not many apps are able to use this, the likes of Amazon Prime and Netflix already have a few programs you can enjoy in it. The quality is sharp and the detail is brilliant. In fact, Netflix is only supporting LG G6 at the moment.

Another clever feature by LG is the fact that the rounded screen is not just a gimmick on the OS. They have managed to get all apps to scale properly to the 18:9 ratio and all apps work naturally. If you do have issues with the way something looks, you can also go in and adjust things accordingly.

The display may not be curved like the Samsung, but it definitely gives it a good run for its money.

Knock on that screen

The LG G6 is one of the phones that offers an always on the screen that shows your notifications. The device uses LCD, so it isn’t as battery friendly though, and you can turn it off if you wish. However, it is pretty handy to be able to look at the time and notice any notifications that may be waiting for you. Compared to the Samsung Galaxy S8, it uses more, as the screen on that features the more economical OLED screen.

The device also incorporates the knock feature, which wakes the device up when it is ‘asleep’. This allows you to easily unlock it. A handy feature which isn’t always as well executed as in this phone.

The LG G6 runs Android Nougat 7, with LG’s own skin on top. The skin has been stripped down in recent years. It still adds a host of nice features and customisation options. For example, you can chop and change what you can do with the menu bar at the bottom, change the icons on it, or add more.

Similarly, settings have been divided into handy groups to make it easier to find what you are looking for.

The app drawer has been hidden, like you find on the Huawei or Honor phones, or like the iPhone.

An added feature on this phone is the Google Assistant. An odd move by Google which means that the Assistant is only available on certain devices. It runs well, though it still lags behind Alexa. AI Assistants are rather young at the moment, so don’t go out buying this phone just for that.

Dual Cameras are becoming rather common on phones, but we still don’t have an industry standard on what to do with the second camera. We have the optical zoom offered by the like of Huawei P10 Plus, or the monochrome camera like the P9. The LG G6 offers two lenses, a normal one and a wide angle one. The difference is immediately noticeable. While the wide angle lens offers less light, it is the camera to go to if you are out and about and taking photos of landscapes or interesting architecture.

Thrown into the software is also Square Camera, which divides the screen neatly into 2 (joys of an 18:9) and lets you take two pictures at once, match your shot to a framing, or preview it at the bottom while you take your next shot. Clever work by LG there, making the device very Instagram focused. Of course, the camera quality and detail are great too. 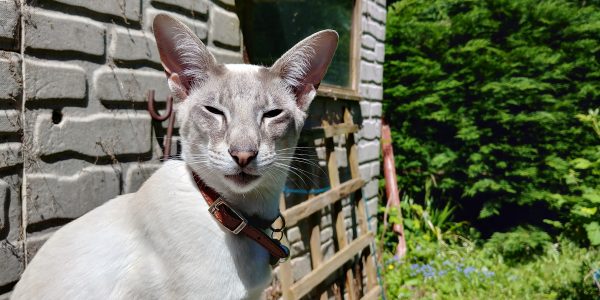 No camera review is complete without a picture of a cat, so here you have Chilli, in all his hairy and purry glory! Bless him, it was a bit too sunny so you can’t see his blue eyes.

The decent processor and 4GB of RAM mean that the device is pretty snappy and fast. You won’t be blown away as this isn’t the latest family of Snapdragons, but I didn’t find much to complain. No lag was noticed.

At 3300mAh, the battery is a pretty ordinary size, especially for the 5.7″ screen size. It lasts a day, but that is about it.

More information on the LG G6 can be found on the LG website. It comes in a couple of colours, Astro Black and Platinum Ice.

A word of thanks to Vodafone who sent us this phone to review. You can get this from Vodafone from £10 on a £52/mo package. If SIM Free is your preferred poison, head to the likes of

If SIM Free is your preferred poison, head to the likes of Amazon, where this phone retails for around £618.

LG has been producing great and brave phones for the last many years. While the G6 is a safer phone compared to the G5, I think it has it all. The performancxe, the hardware and the camera. For me, the only real competitor to the Samsung Galaxy S8 in the Android world.

One thought on “LG G6 – the one true competitor to the Galaxy S8?”