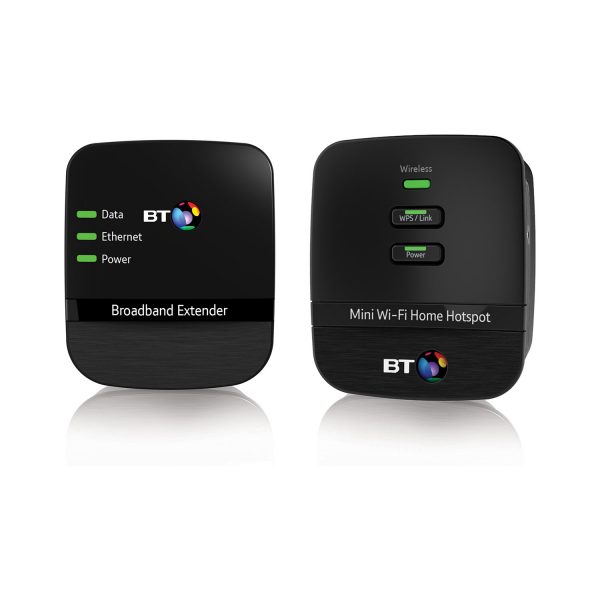 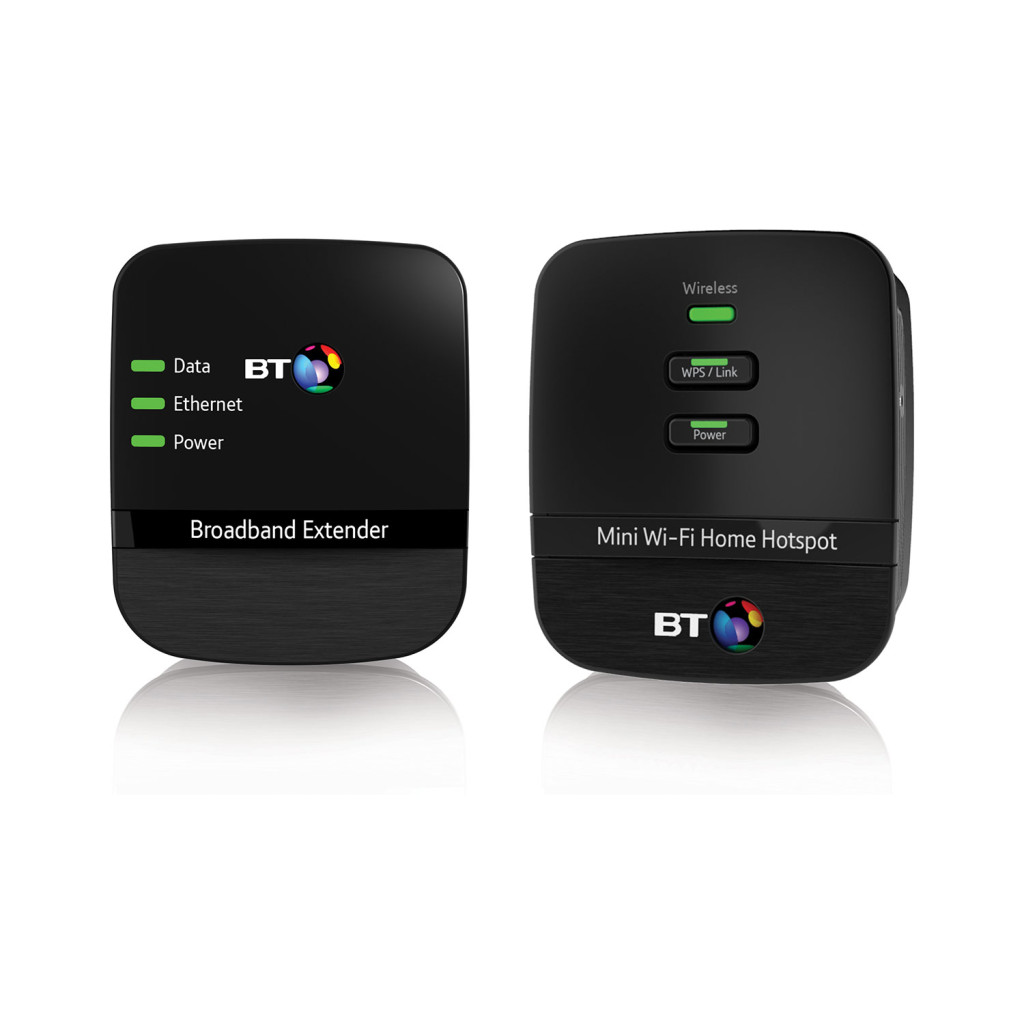 With the advent of new devices, our reliance on the internet is becoming more and more apparent. We need WiFi everywhere, and as much as possible. Sadly, it doesn’t work as well as we’d like. Most routers/WiFi hubs have a limited range, and things such as walls, the area of your house, etc. really make a difference. There are a few solutions on the market, but none comes with the endorsement of the UK Broadband suppliers. BT, however, have managed to buck the trend by releasing their own range of network extenders. The BT Mini Wi-Fi Home Hotspot 500 Kit is part of that range, and helps to extend your home network, both through Ethernet and Wi-Fi.

Who is it for?

If your network works perfectly fine at home, then there isn’t much to worry. In fact, you can stop reading here.

However, if your home is more than three storeys, or is an older building meaning full of lead or other metals, there is a chance that you may not get good Wi-Fi coverage away from the router. Or, like me, you play with things like the Raspberry Pi, and want to have an Ethernet option available away from the router. This products covers both of these cases. It will extend your WiFi by acting as a repeater/extender, as well as give you a couple of Ethernet ports near where you want them. 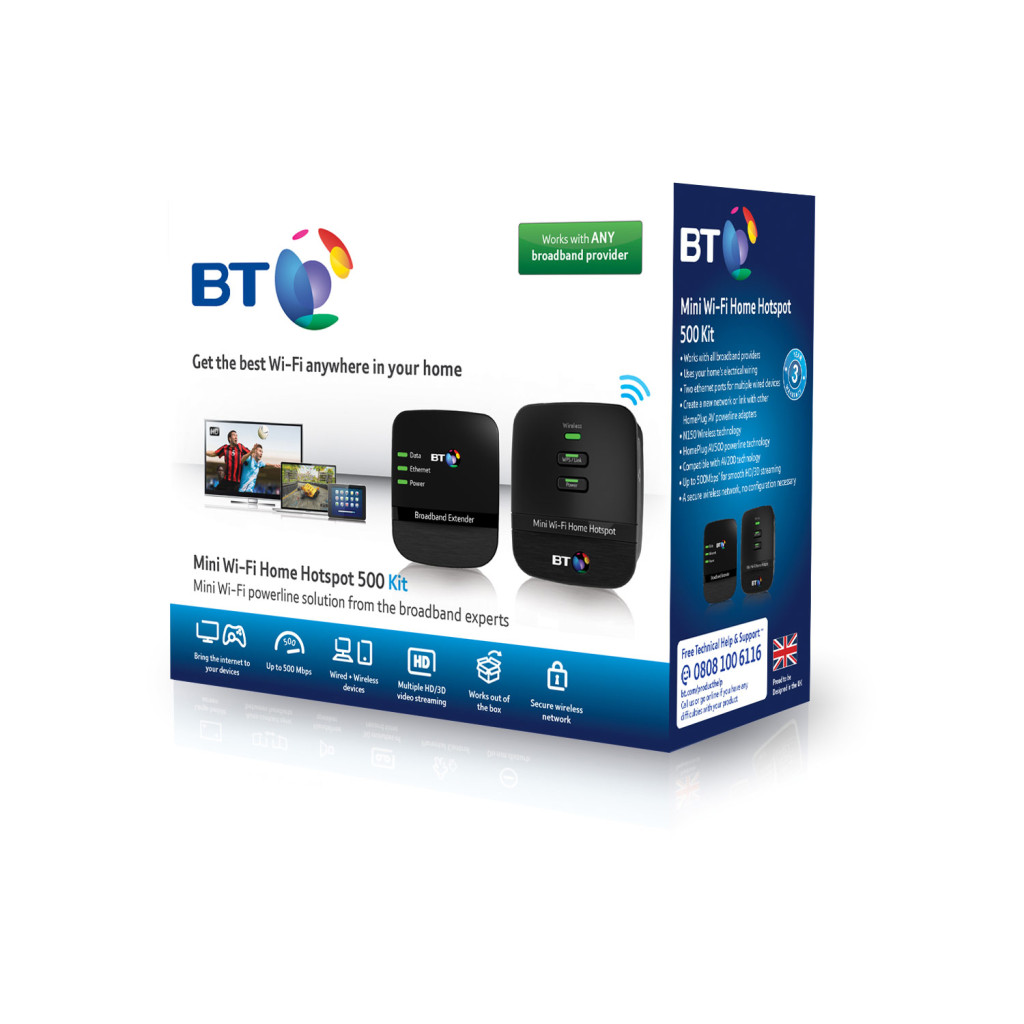 The setup is pleasantly easy. Out of the box, you get three items. A mains plug in module called Broadband Extender, another module called Mini Wi-Fi Home Hotspot, and an ethernet cable.

You plug the Broadband Extender somewhere near your router, plug the Ethernet cable in this and connect it to the router, and you should have three green lights for Data, Ethernet and Power within seconds. Now take your Mini Wi-Fi Home Hotspot device, and plug it somewhere in the house, where you need to extend your WiFi, or need extra Ethernet points. Plug it in, and within seconds, you should have three LEDs indicating green for Wireless, WPS/Link and Power.

With that you will be good to go. You can either use the Ethernet, or use the Wifi connection. A handy tab on the Wifi Home Hotspot lets you know your WiFi hotspot name (BTHomeSpot-XXX) and password.

I would rather my WiFi name remained the same

There is an option for that. You can use the Wi-Fi cloning feature which comes built into this, as long as your router supports that. Most of them do these days.

Speaking of routers, what Broadbands/routers can I use this with?

As far as I can see, any that lets you plug into its Ethernet port. For Wi-Fi cloning you will need a WPS enabled router. Unless your device is very old, you should be good on both fronts.

It must be noted that some Broadband hubs only have one Ethernet port enabled on the back. You may want to go into settings to check that if you have any issues.

While this isn’t a device you will be handling, it is important to note that it doesn’t look too bad. Both parts of the kit plug into the mains, and have handy LEDs on the front to let you know of the status. The Broadband Extender has the Ethernet port on top and the link button, while the Home Hotspot has two Ethernet ports for use and the buttons on front. A handy tab is hidden on the inside but can be pulled out which tells you the Wi-Fi hotspot name and password. If you use Wi-Fi cloning, this shouldn’t be needed.

Only problem is that the ‘plugs’ may be a bit wide for neighbouring plugs. It seems to work okay for my setup, but I have seen some reviews complaining.

Can I plug this in an extension lead?

I have, and it works. However, they recommend that you don’t.

So, does this mean my mains is now carrying my internet?

Yes. Yes it does.

Is that something to worry about?

Not really. However, yes, there will be some amount of ‘noise’ added to your mains.

Yes, they will. However, that isn’t the kind of thing you should worry about at home.

How fast is this?

It allows up to 500Mbps speed. However, most Ethernets only go as far 100Mbps. This means that this is future proof, and will deliver whatever is thrown at it. Generally testing, I saw no difference using this vs my connection direct.

What can I use this with?

Anything and everything that works via WiFi or Ethernet.

For more information, you can visit the BT product website page:

If you have any connection worries at all, this is a life saver. From getting extra Ethernet ports away from your router/hub to the simple matter of extending your WiFi to your home office at the end of the house, it delivers, and it delivers well.