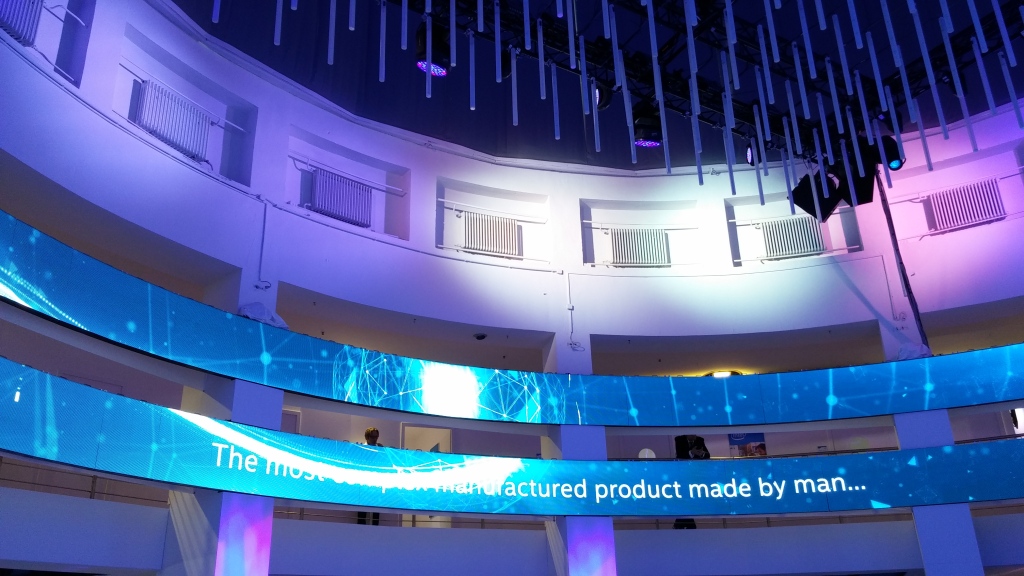 IFA2014: Intel, during their keynote by Kirk Skaugen, the Senior Vice President  of the Intel Corporation, introduced a host of new devices and services. The idea is simple. While Intel doesn’t sell directly to the end customer, they’re trying their best to make the world of computing as consumer friendly as possible. To do so, they’ve not only introduced new technology over the last many decades, but also formed alliances with many companies to help develop standards, as well as work with many product manufacturers in the form of partnerships to help bring their products to the end consumer.

Here is a little summary from all that we saw from Intel:

Kirk had a simple thing to say, and true he was. If it runs on electricity, it probably computes. If it computes, it will work better if connected, and if it computes or is connected, it probably uses Intel. Intel technology can be found in a host of devices, and that isn’t just limited to the likes of computers and tablets. From security equipment to ATM machines, from coffee machines to toys, everything around us features Intel technology.

The category goes from the automotive industry in the form of cars, to industrial use, to retail. Below is a Costa machine, that not only makes great coffee, but it offers smells, and sounds as well. 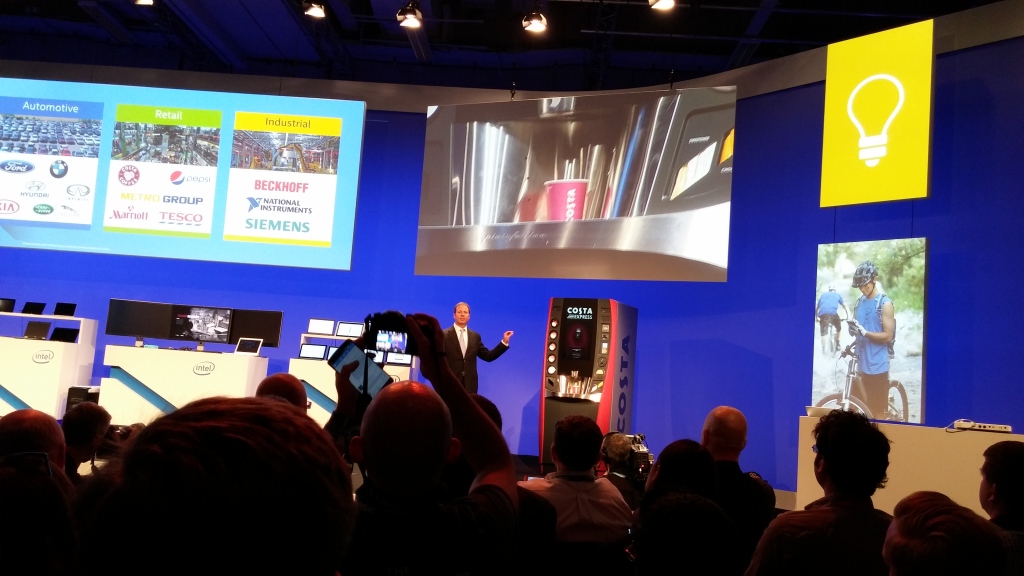 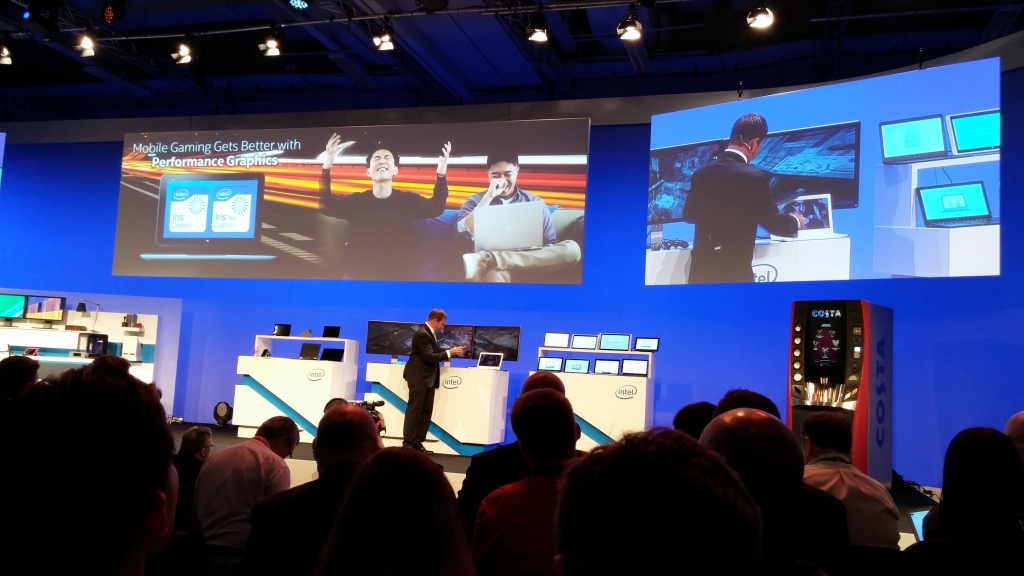 Gaming is perhaps the most intensive use of a PC. Over the years, games have often caused PC enthusiasts to cry in anger as they have forced upgrade after upgrade. Intel are no strangers to the problem, and they have introduced ISIS, the magical Graphics Processor which comes as a part of the Intel i Core processors. This means that you do not need to add an extra graphics card to your computer, not only reducing cost and power requirements, but also means that the processing is done in the right place. Available in two flavours, this is designed to give you the best possible performance graphics.

I had a little play at the Intel stall, and the Isis Pro, the better of the two shows immense promise and capability. 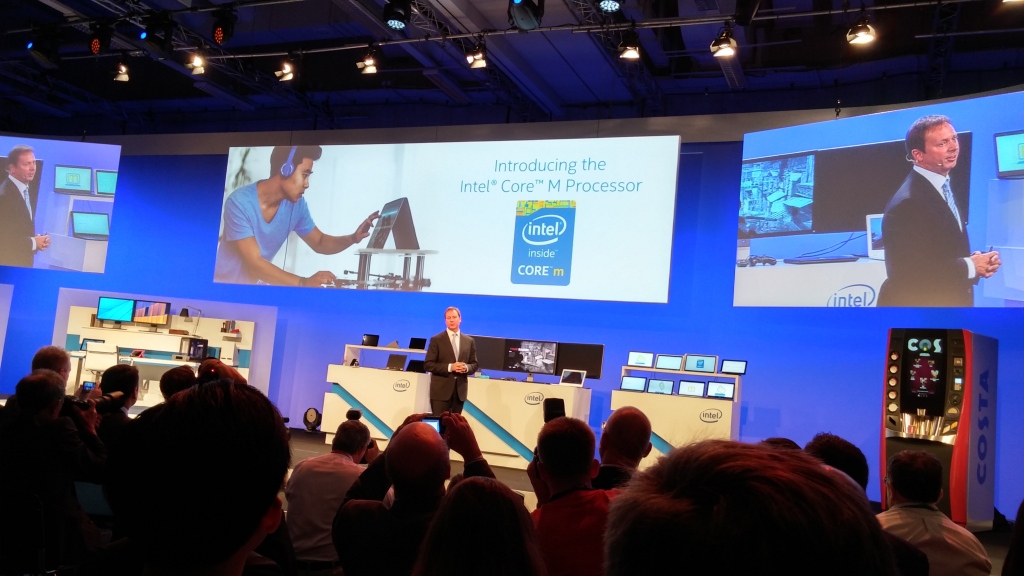 While I plan to cover this in a lot more detail, Intel Core M was perhaps the most exciting thing to come out of the keynote. Intel have been following the development of the tablets closely, and they have come up with the best possible solution yet. Forget carrying a tablet and laptop. Intel give you the Core M process, based on 14nm technology, this makes thinner, more powerful devices possible, hence allowing you to carry a whole laptop in a tablet package. What they call a 2-in-1 technology, this lets you have full fledged computers with detachable keyboards, letting them be laptops, tablets, or anything in between.

It promises fast processing, fanless designs, powerful visuals, and best of all, long battery life. There is already a suite of new devices to be announced this year featuring this, and some of them weigh less than 700 grams!

Intel’s products are now conflict free. This means that there is no support for slave labour or armed forces. All materials are sourced ethically.

Intel promises us that we will get rid of all wires by the end of the decade. No charging cables, no display port cables, no docking cables.

Wireless Display, which would be introduced by the end of 2016. 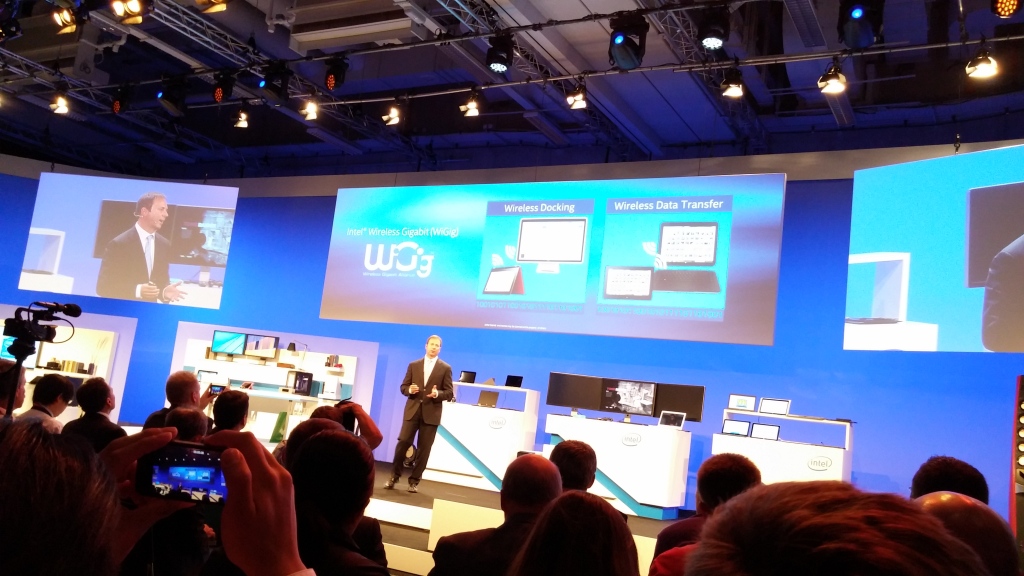 Intel have partnered with Samsung to co-found the Open Interconnect Consortium, letting them form standards to help connected homes happen. 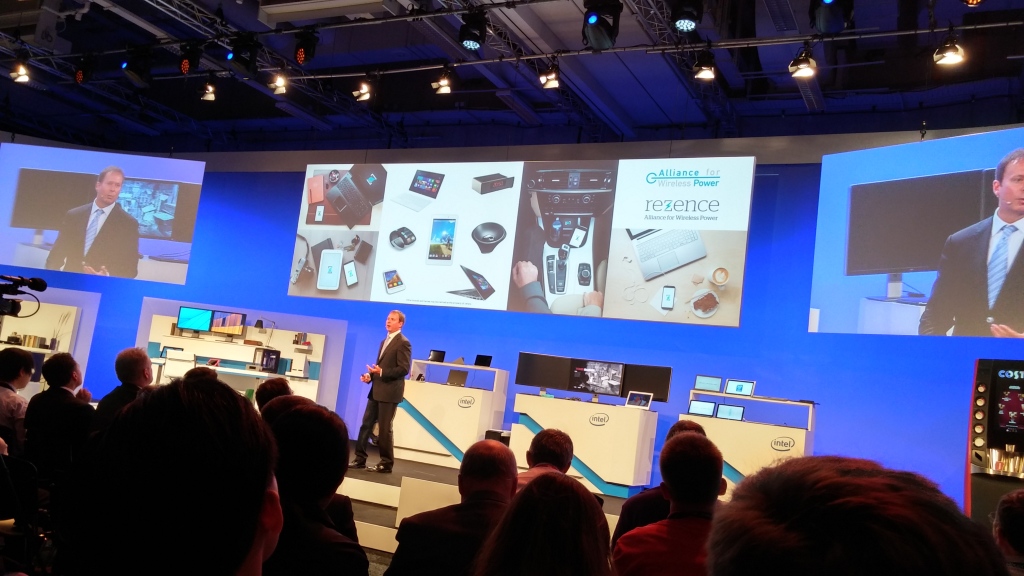 Rezence! Ah, the excitement, letting you charge any device wirelessly, be it a laptop, a phone, or a watch. This is based on magnetic technology, so you don’t have to be extremely close to the charger, and just need to be in the general area. 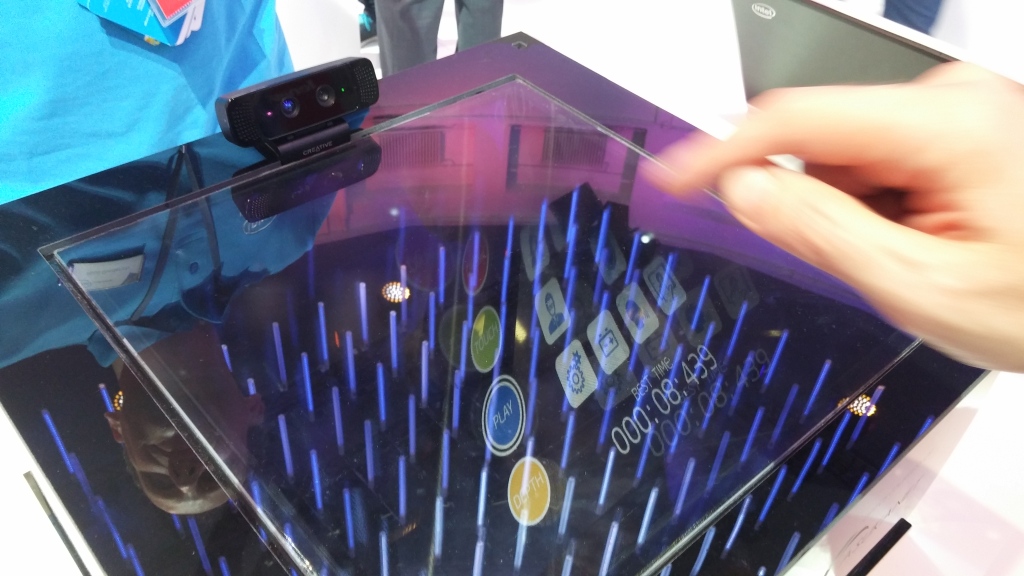 Perhaps the most exciting… RealSense! Intel have developed this technology to help 3D map everything around us, be it ourselves, our homes, or anything. This means that the UI is not just the keyboard or the mouse, but you yourself, in all three dimensions. It may be a bit like Kinect, but so much more detailed. The demo, as shown above lets you interact with a 3D hologram. 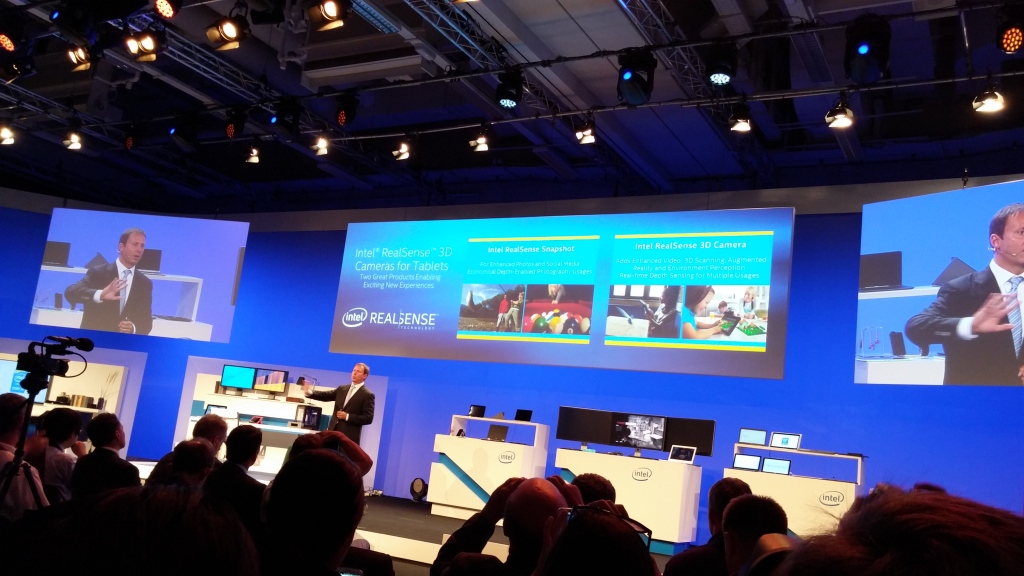 A simple demo was given to us when Kirk was 3D modelled in front of us in literally seconds! 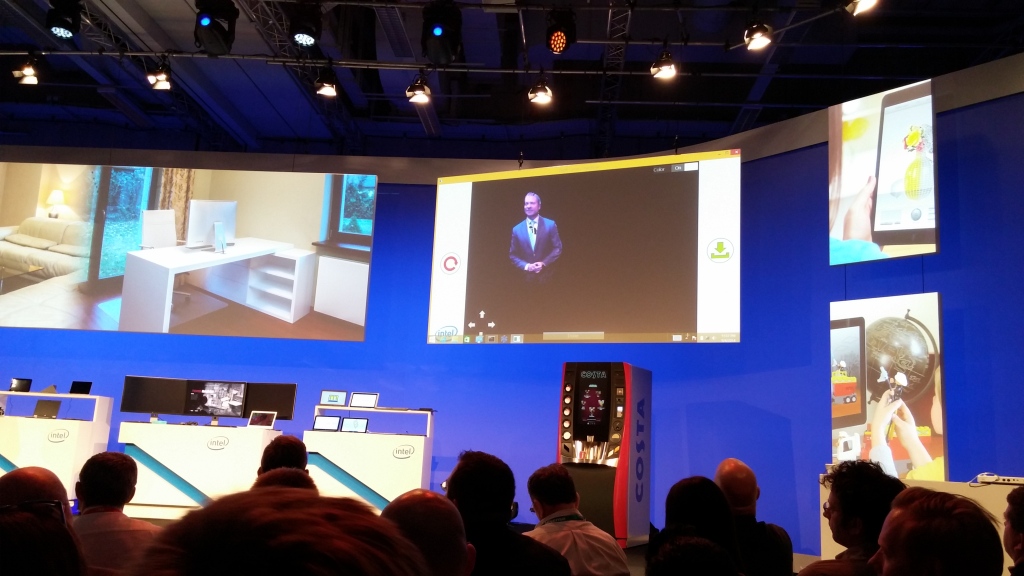 Of course, no discussion on new technology is complete without talking about wearables. Intel are no strangers to this either, and they have also jumped into the wearable games. Two devices were on display, a watch, which is much like most other watches out there, and a pair of headphones. The headphones were perhaps more magical as they pack in all your heart beat sensors inside the headphones. This means that you no longer need to wear a watch, or wear any extra devices. 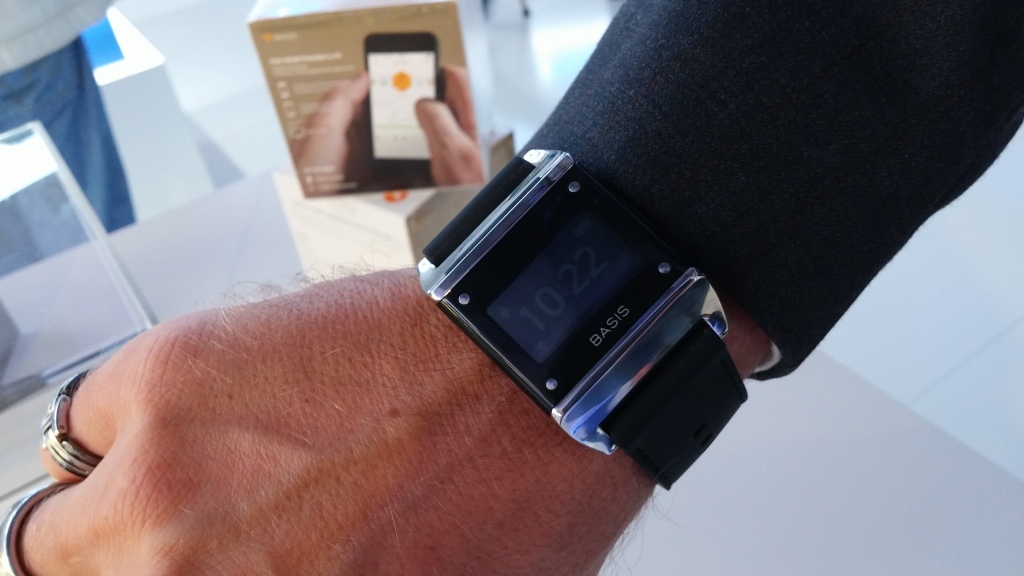