Sleep Hacker: Your Guide to a Better Night’s Shuteye 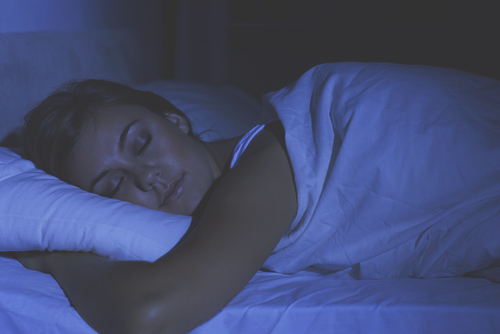 The perfect night’s sleep is an art that feels impossible to some and unlikely to most. The Center for Disease Control and Prevention reports that 30 percent of adults are getting less than six hours of sleep per night even though the recommended amount is closer to eight hours. Factors such as stress, poor diet, lack of exercise and unusual work hours contribute to poor sleep, but many adults just aren’t approaching sleep the way they should. When changing your diet or going for a run doesn’t do the trick, there are small hacks to help you sleep a full eight hours each and every night.

Think about your nightly habits regarding electronics—TV, computer, smartphone, tablet—all of which you probably use mere minutes before your head hits the pillow. Some of you even use these devices while laying in bed at night.

Exposure to artificial light before bed kills your natural sleep cycles that revolve around natural sunlight. Your brain produces a chemical called melatonin that helps you sleep each night, and the type of light emitted by electronic screens absolutely wrecks your body’s ability to produce the right amount of melatonin. If your bed time is 10 p.m., you should cut out the electronics by 8 p.m.

Your body’s natural sleep cycle runs off the rising and setting of the sun, and that’s a good thing. But, what if the sun rises before you want to, especially in the summertime when the days are longer? Think about people who live in northern Canada or Nordic countries, their days are abnormally long due to the tilting of the Earth towards the sun. Even if you don’t live in Edmonton or Stockholm, buy a pair of thick curtains for the bedroom to block out the sun in the early morning so your last moments of sleep aren’t disturbed.

Waking up properly is just as important as falling asleep properly. Even after a good night’s sleep, many adults wake up groggy and rely on caffeine and sugar to get the day started. That might work for a short burst of energy in the morning, but you’re only setting yourself up for a crash.

The Philips goLITE is a set of high-end LEDs that simulates natural sunlight. It’s primary use is to fight Seasonal Affective Disorder (the winter blues), but it’s a great tool for waking up fresh in the morning without relying on coffee or energy drinks. Health guru Tim Ferris swears by this device and for $199, it’s easy to justify the price.

Turn Down the AC

If you can afford the electric bill, there is new evidence to show the best temperature for great sleep is between 19 to 21 degrees Centigrade (67 and 70 degrees Fahrenheit). This is another hack from Tim Ferris. The cool temperature is shown to help the body produce more melatonin at night. Getting cozy under a few layers of blankets won’t undo the effect because even having your face exposed to the cool air will help with better REM sleep at night (just think about how good it feels to flip the pillow and sleep on the “cool side”).