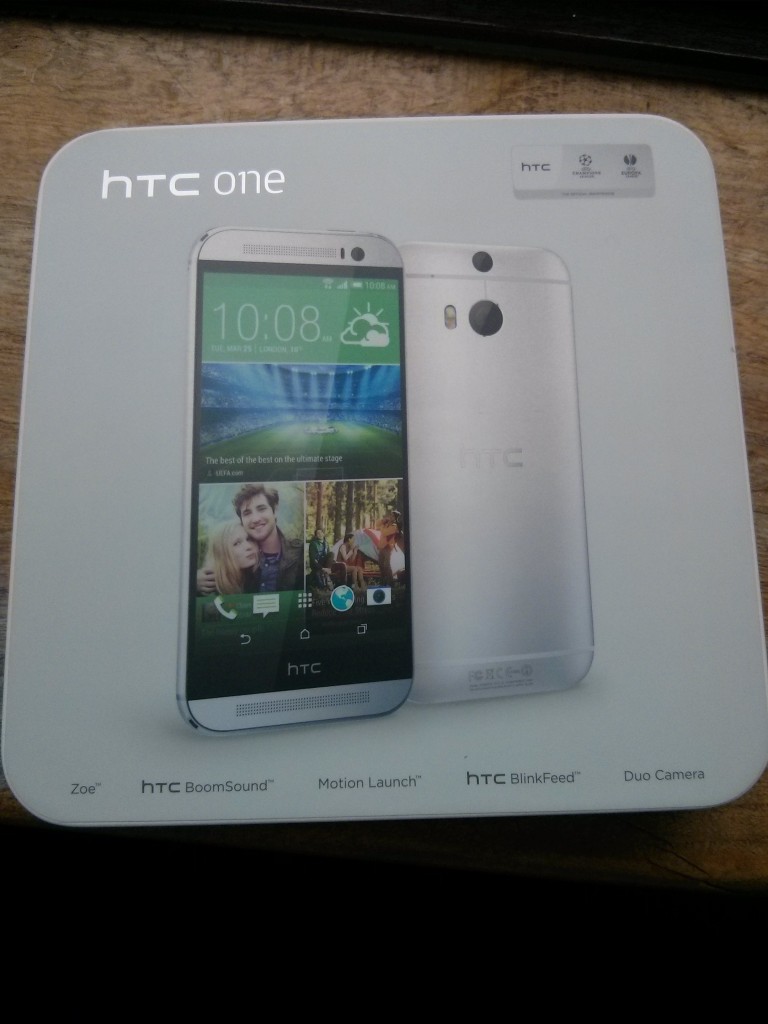 Having been quite a fan of HTC phones for some time, I was glued to my computer screen on Tuesday afternoon when they unveiled the new HTC One smartphone. Confusingly, it’s still called the HTC One like its last release, but they’ve tacked on the M8 to differentiate between the two. I wasn’t actually aware that last years award-winning One was also known as the M7 but there you go. Oh and apparently it is actually the M8, rather than the Mate…
Once the live stream actually worked, we were treated to various videos and waffle about how the designers had taken the best phone of 2013 and made it better, along with lingering shots of sleek metal bodies, rounded curves and glossy screens. I’m surprised they didn’t just call it the Nigella Lawson of phones and be done with it. Anyway, all the talk of motion gesture wake up (double tapping the screen), duo camera function (take a selfie and a not selfie at same time) and a considerably faster processor worked and I found myself repeatedly checking the usual mobile phone sellers to get my hands on one.
Interestingly, the main mobile providers seemed to be a bit slow on the uptake, considering all those interested knew that the phone would be available immediately after launch at 4pm. Carphone Warehouse had it for sale in selected branches but had no information on pricing on their website. Vodafone had specs listed but wouldn’t reveal pricing until 6pm. Three had taken interested customers email addresses in advance so they could be contacted with the relevant information – thirty six hours later, I still haven’t received my email. Luckily for me, I was due an upgrade with Vodafone and Phones 4 U were more than willing to take my order instantly. Plus they had a bonus offer for the first 3000 orders, a BoomSound speaker, a free case, £25 worth of Google Play vouchers and a years free membership to the Gastronomic Society. Win! And guaranteed next day delivery from UPD which is another huge bonus as you can track the courier and they do actually deliver as they’re supposed to. Unlike some couriers who just chuck your parcel over the hedge into your garden… 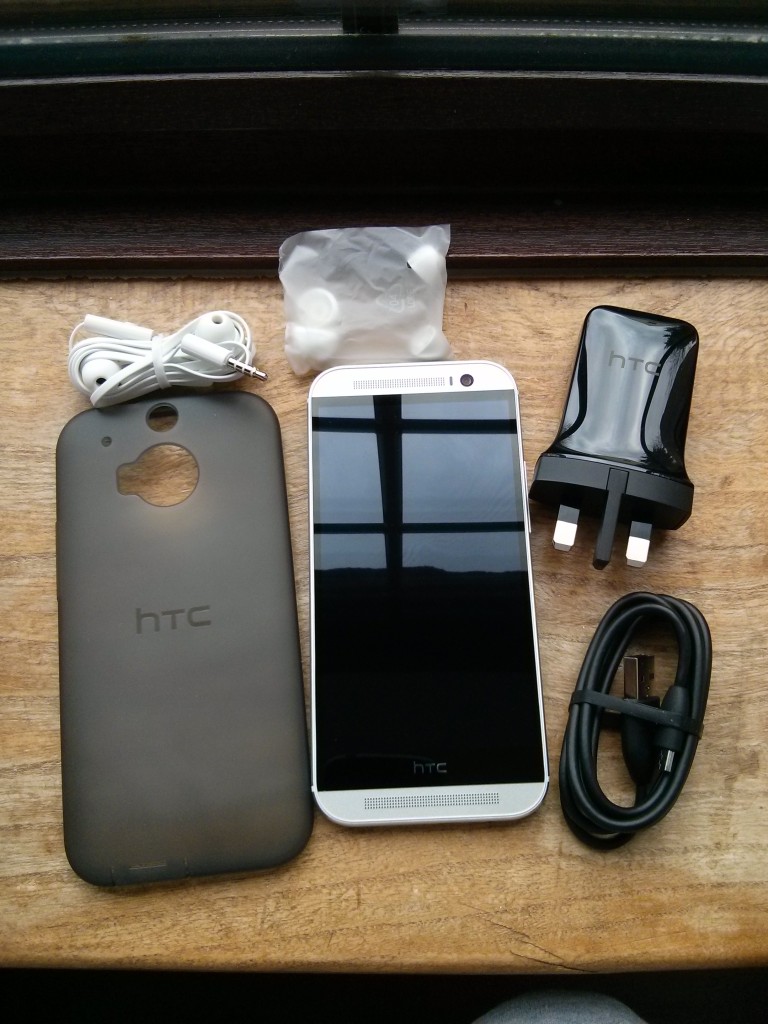 Anyway, order placed at 4.30pm Tuesday, phone arrived midday Wednesday. Inside the box is the usual paraphernalia, headphones with spare earbuds, a charger, start up guide, the actual handset and surprisingly, a rather slim bumper case. The phone is surprisingly heavy in the hand, not overly so, but it has a solid weight to it rather than the lightweight plastic feel of a Samsung.
Some confusion to start, and no I didn’t read the instructions! There is a drawer either side of the phone, one large and one small. The large one is for the nano sim, the small one for the additional memory card if you need one. That took me a few minutes of Zoolander style monkeying around. And the charger was odd in that it wouldn’t fit but that’s because the top pin on the UK plug slides up… I was having a bad day and wasn’t fully functioning!
Disappointment on seeing that the handset came with absolutely no battery power meant I had to wait a little while before playing but it does charge relatively quickly. A side note, despite installing all my apps, syncing everything, making test calls, taking photos and faffing around with my display, it only used 30% battery all day. Those claims about a seriously good battery life may not be as exaggerated as some think.
The free bumper case fits well and doesn’t really add much to the handset size which is good. Size is definitely longer than the original one as the screen is .4″ longer and it’s slightly wider but that’s negligible. The main difference lookswise is the rounded corners, the M7 is far squarer. Another difference is that the volume rocker is far more prominent on the M8 which is a slight shame as it detracts from the sleekness but you’d have to be really picky to complain about that.
Sound is excellent, call quality is good, screen resolution is lovely and the camera is pretty impressive. I have seen some reviews where professional people have complained that the camera isn’t as improved as they would hope. They say that the picture quality is not good enough to print images and use as calendar photos or a photo book. Now, I’m not a professional but my opinion is that these people are idiots and are forgetting one thing, this is a phone with a camera feature. If you want to take photos to be enlarged so you can scrutinise the pixel quality and colour bleed, then use a bloody camera. If, like me, you want to take photos to share on social media then this is plenty good enough. Yes, the Nokia Lumia takes amazing photos, but that’s a camera with a phone strapped on! I’ve taken a few quick photos already and I’m more than happy with this. Even the front facing camera is good, and selfies are notoriously bad image quality. 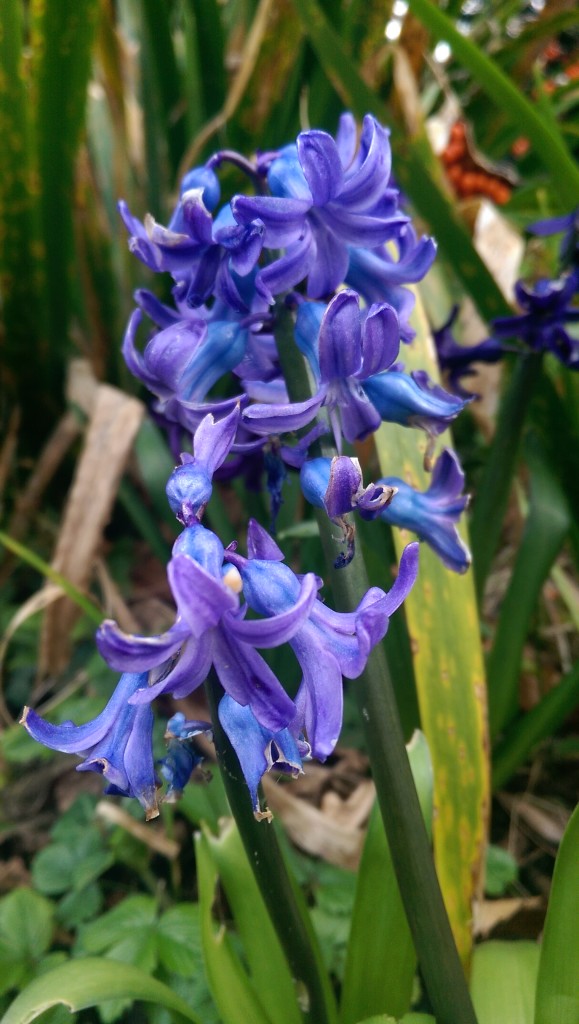 Camera features are a mixed bag, some are a bit too gimmicky for me but the UFocus option is great, allowing you to tap an area in your pic and that bit gets focused whilst the rest blurs nicely. I can’t see me ever posting a photo with animated floating cherry blossom, but I guess it’s good to know that option is available! Outdoor flower shots are pretty crisp with good colour saturation, I haven’t yet tried a sky shot to see what the white balance is like but again, it’s a phone so I’m not expecting miracles! 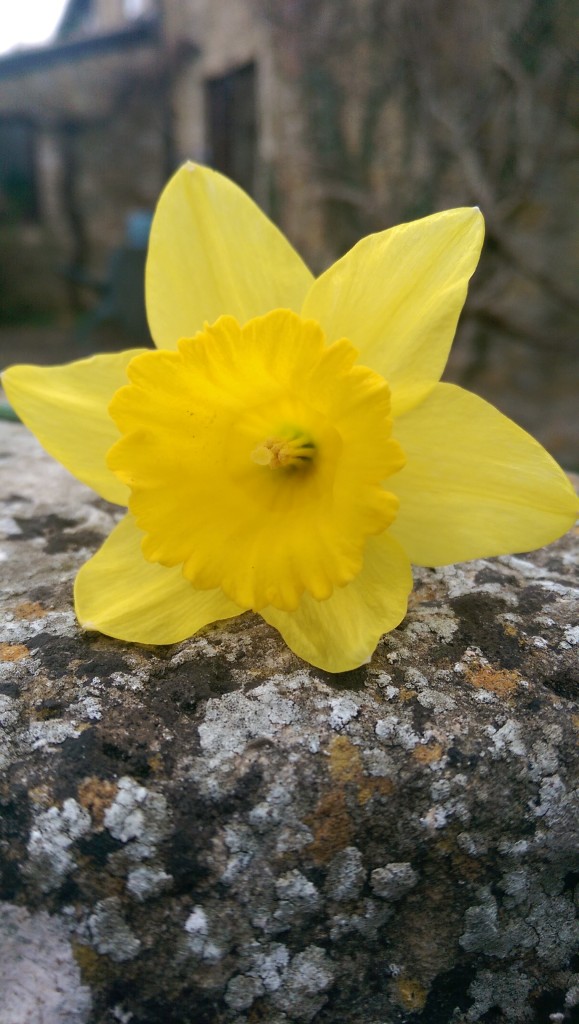 Coming from a Nexus 4, a fairly nifty phone, this processor is ridiculously fast. Webpages load instantly, it can multitask happily (although the back does get warm). If processors get much faster, they’ll be loading things before we even know we want them.
A huge bonus point is that HTC have opened up several of their apps and this should really make them work harder to stay ahead of the game. Updates to their features will be available from the Google Play Store, rather than sent out to the networks for them to sniff at, faff around with, think about releasing and then eventually send out to the handsets three months after the next update is released.
So, after three quarters of a day those are my initial thoughts on the M8 and to summarise, I’m pretty impressed! I’m looking forward to trying it with the BoomSound when that arrives and depending on the quality of the free case, I may or may not purchase the Dot View case which retails at around thirty quid. Oh, who am I kidding, of course I’m going to get one, it’s shiny!
camera, HTC, HTC ONE, htc one m8, new htc one, photography