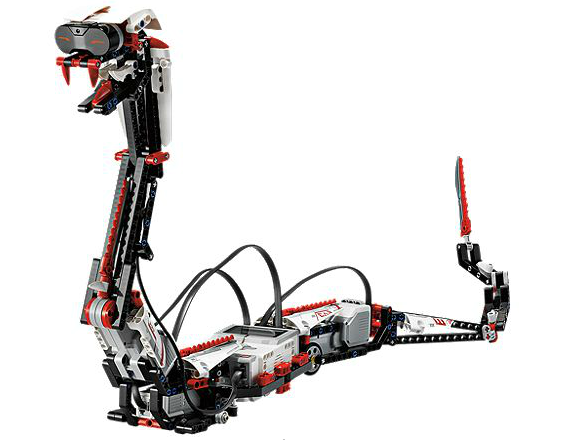 Who doesn’t like LEGO eh? The beauty of this best selling range of toys is that it never stops, and the various possibilities of structures and shapes you can produce is almost infinite. In the recent years, LEGO has gone beyond just putting blocks together, and jumped into the realm of robotics, thanks to their range of Mindstorm products.

The MINDSTORMS EV range has already impressed many in the past, and the latest iteration in the series, the EV3 would be hitting the shelves on the 1st of September. Featuring additions such as a USB Port, SD Card slot, and an IR sensor to give you extra control, the EV3 is the best way to let your creativity and imagination loose.

If you can think it, LEGO MINDSTORMS lets you create it.

In addition, the product lets you:

Three free apps have been introduced, which will help fans build and connect.

LEGO proudly claim that the new design is based purely on the fans’ input!

We leave you with this video showcasing the abilities of the product:

More on the product can be found here:

The product has a RRP of £299.99, and will be available from most retailers, in shops and online.