5 Epic DIY Electronic Gifts for Him

Man is a vast enigma of thoughts and actions. Yours mostly sits on the computer pressing a plastic mouse, vicariously living a fantasy life through the motions of a video game character. But, he’s all yours; and, you need to get him a present.

You know a few things. He showers every other day (mostly). He also likes tech, connectors & electronics. You want to get him a gift. You also want to get you those shoes on sale. You could forego the shoes. Better yet, you could ‘make’ him a gift; and then get the shoes. We like where your head’s at.

Here’s what we’re going to do. Craft him a DIY electronic gift and scoot on over to the shoe sale thereafter. Let’s get started.

If you’ve seen the movie, Innerspace, you’ve seen computer-chip cufflinks. What no one in the world has seen is someone turning the fiction to reality. Now they will. All you need is two, matching (meh. make them match his socks) or un-matching computer chips. Manipulate the buttons off of an existing shirt; or, glue the cufflinks onto a French-cut dress shirt.

He spends a lot of time touching those keys. Why not touch his heart with a thoughtful gift, taking keys off a keyboard (not his!) to assemble a pendant with his initials? The process is simple. Go to an arts and crafts store and get glue, rope, and a pen knife. You may also need a drill (if you want to link letters together to make necklace). It’s not the engineering achievement, which will impress him; it’s the creativity. We won’t tell it was our idea.

Since you may have already unsuccessfully destroyed a keyboard in an attempt to create the above electronics gift, we offer the following alternative. Create a wallet cover with the keyboard’s circuit sheet. Cut and paste bits of the circuit sheet onto a new or existing wallet (If he has a leather wallet already, maybe leave that one alone. Spare the leather until you get better at arts and crafts.) So, he doesn’t get up much from the computer, even to pee. This influences the bladder, making him go to the bathroom during the night as many times as an elderly man takes his pills. The pee must relieve itself; but the laziness will stay. Rather than stub toes, slam heads, and bump legs in the night, make him a cool ‘mouse torch,’ lighting the way to the lieu. All one needs is an old computer mouse, LED lights, and a little bit of time. 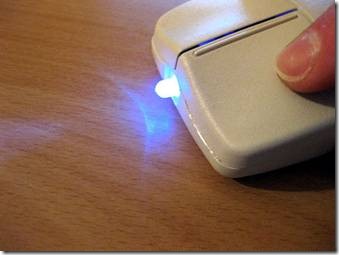 Where is he going to maintain his video game codes and strategies? Where is he going to plan your retirement on the moon of Endor? He is going to use his new geeked-out notebook, blinging with computer components such as hard and floppy disks, keyboard keys (you still have some leftover, right?), and other assorted, electronic goodies. Make sure it’s only modified on the front. You don’t want it to lose its primary function of tracking gaming hours and appreciative thoughts of you, inspired by the above gifts. Ah…(tears of happiness)

This is a guest post from Max at Newark, a world leading high service, low volume distributor of electronic, electrical, industrial and maintenance, repair products.

One thought on “5 Epic DIY Electronic Gifts for Him”