A few months ago, my dear friend Lindsay’s father went into intensive care with covid-19. None of his family were allowed to visit, and there was nothing for him to do in there — there was no TV or WiFi to keep him occupied, just the groans and sighs of other infected people.

Being a tech journalist, I usually have a few different phone handsets around the house, so I wiped the data from a Huawei P30 Pro and asked Lindsay for her dad’s favourite movies and TV shows.

The list really made me smile: Everybody Loves Raymond, Hornblower, John Wayne, anything about shipwrecks — standard dad stuff. I don’t have a dad of my own, so hearing about dads doing dad stuff makes me happy.

I gathered as much of Fred’s favourite content as I could, and filled the phone to its 256GB brim (no WiFi, remember, so streaming wasn’t an option — he needed the actual files) with entire seasons of TV, scores of films, and a whole load of cool shipwreck content.

I packaged it all up, and knowing he wasn’t into phones, went a bit Ned Flanders with the post-it notes so he’d know what everything was: 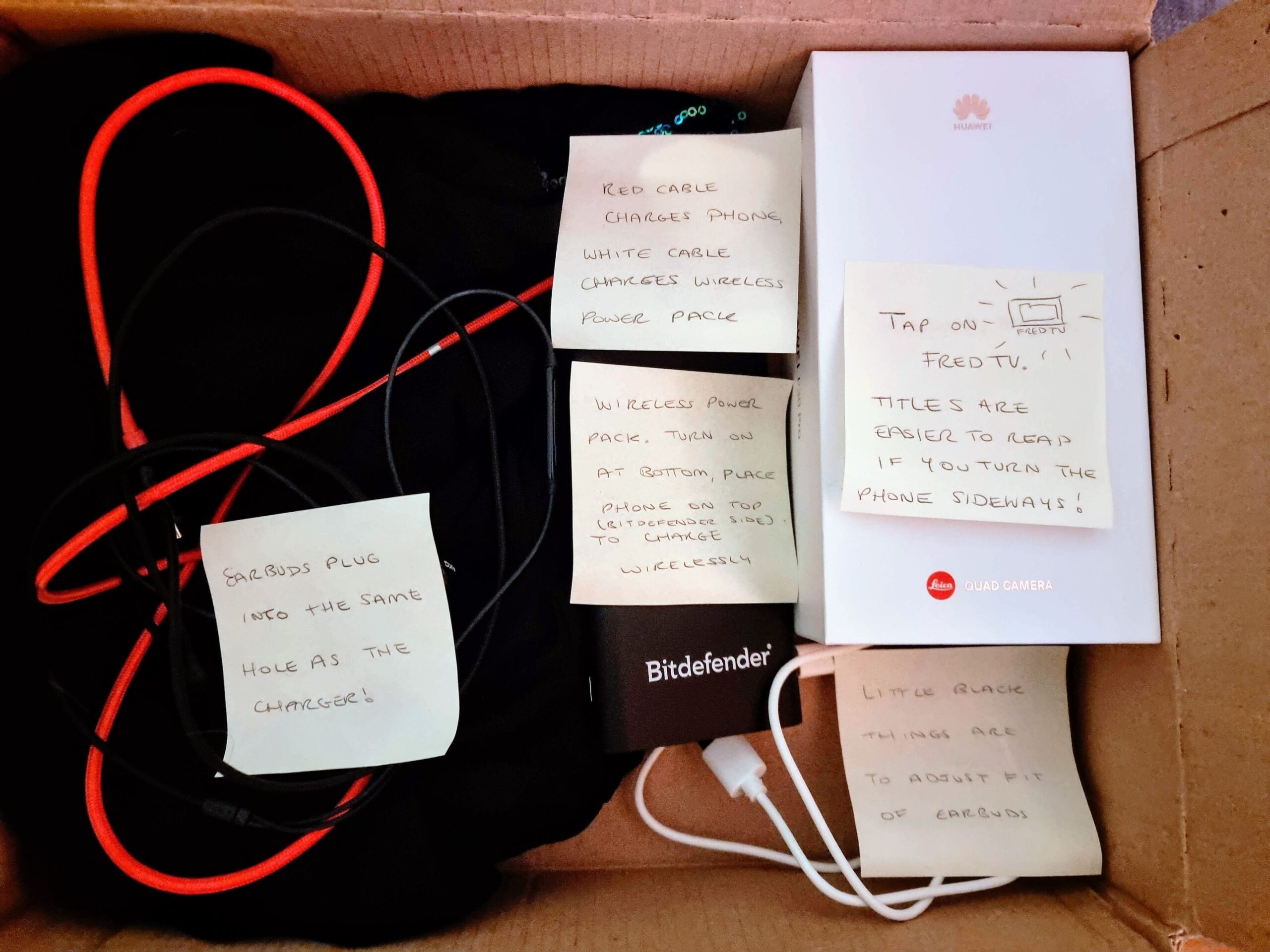 I posted it off to his family, and they gave it to the nurses to give him. I didn’t think about it again until last week, months later, when I was having a really awful day myself.

A box arrived, and it turned out to be my phone, beautifully packed up with all the cables in little bags (again, dad stuff makes me so happy!): 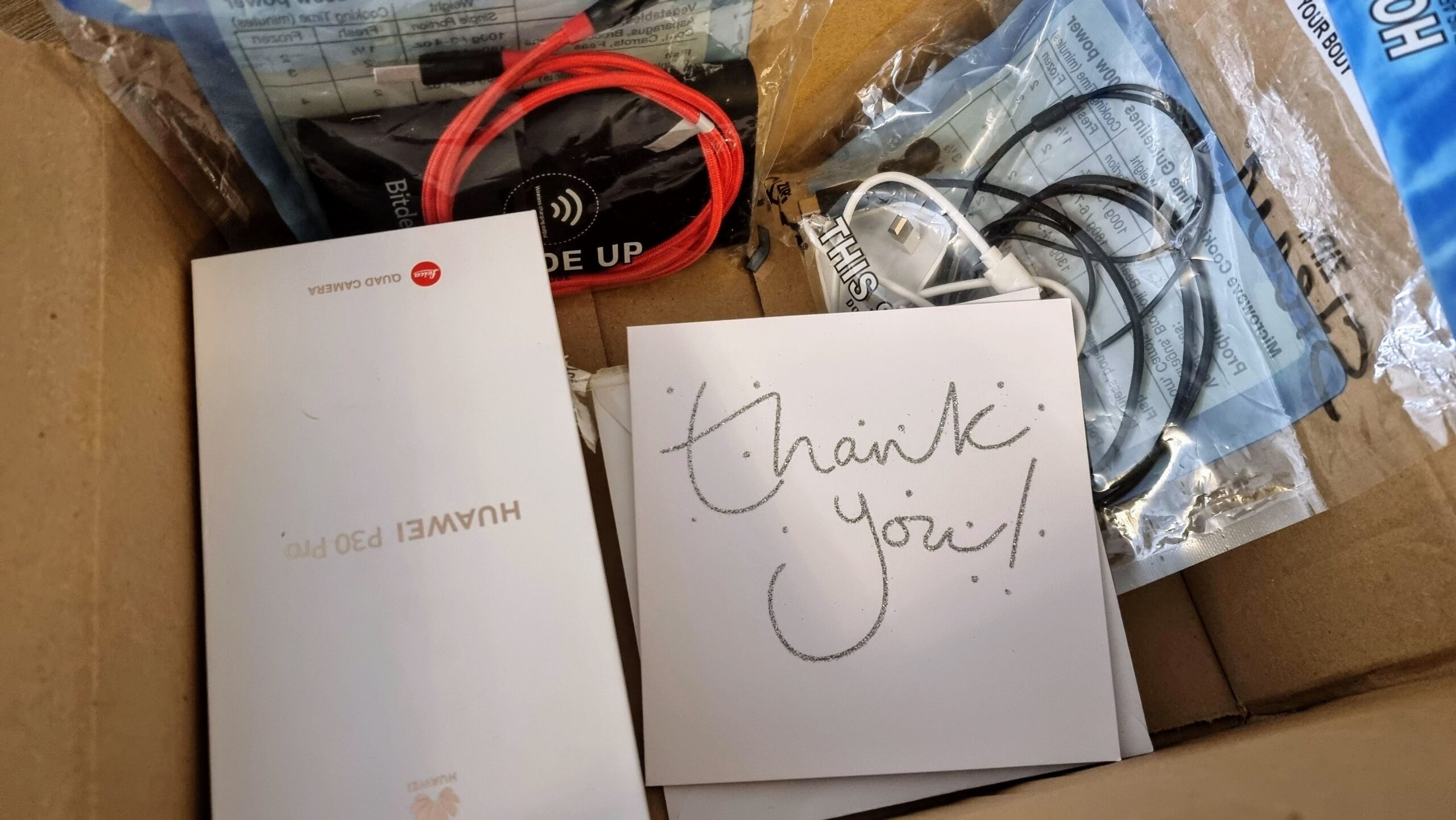 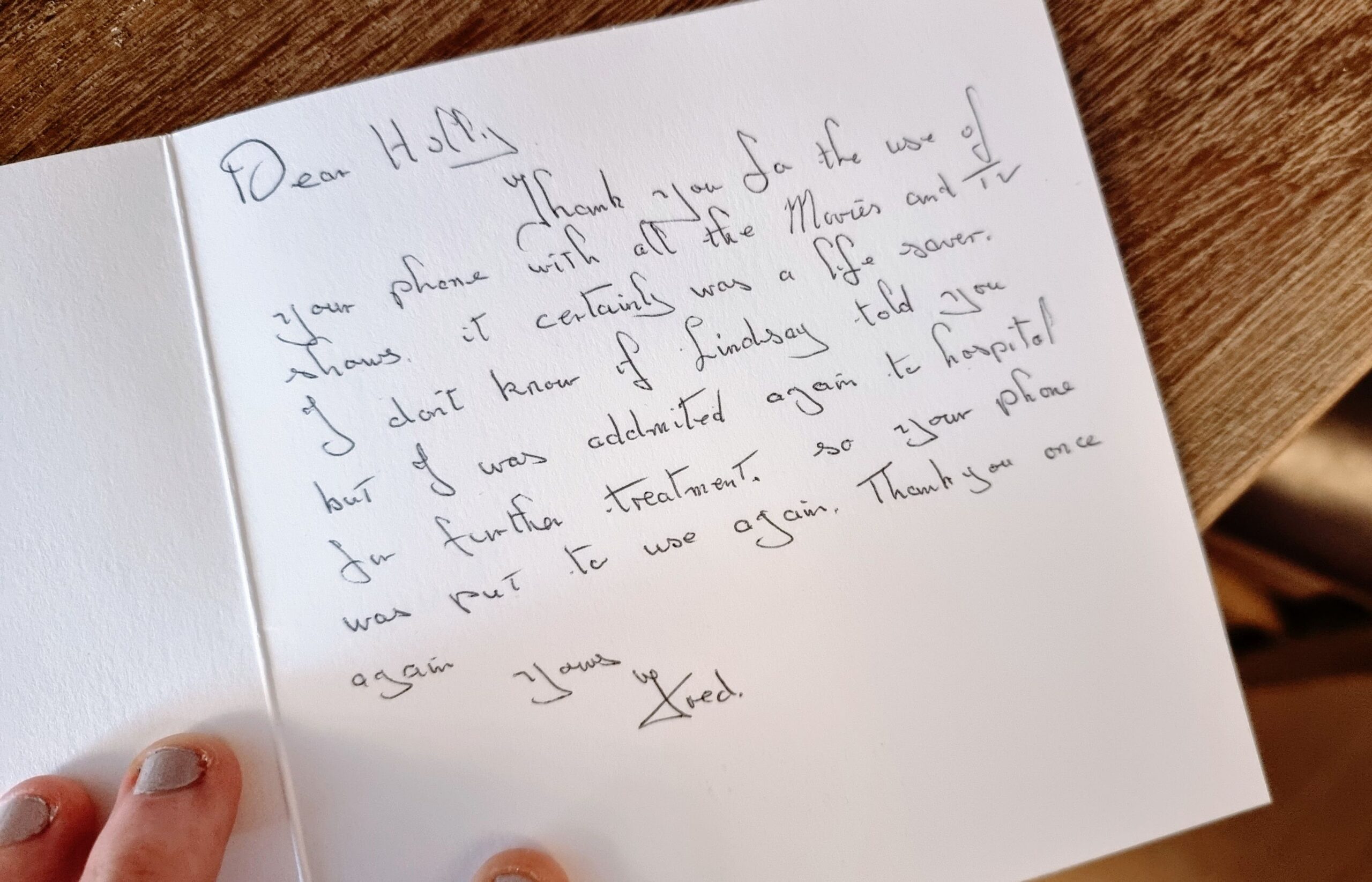 Here’s what the card said, in Fred’s gloriously old-school handwriting:

Thank you for the use of your phone with all the movies and TV shows. It certainly was a life saver. I don’t know if Lindsay told you but I was admitted again to hospital for further treatment, so your phone was put to use again. Thank you once again.

I was tearing up before I’d even finished the message. It was only a very small thing I did, and no trouble at all, but it made a difference to Fred, and his card made a difference to me in return. I don’t necessarily believe in a higher power, but the timing felt if not karmic, then at the very least incredibly fortuitous.

I’ve never met Lindsay’s dad, but if I ever do, I can’t wait to hear all about the finer details of Britain’s best shipwrecks.