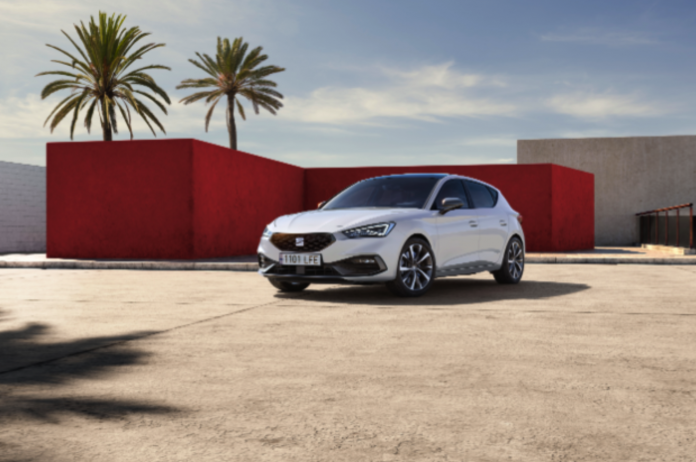 The all-new SEAT Leon TGI is equipped with a 1.5-litre TGI four-cylinder engine that produces 130PS (96kW) of power and 200Nm of torque, delivering a driving experience that is as involving and assured as you would expect from a SEAT, regardless of the technology powering it.

The compact Leon integrates three CNG tanks with a total net capacity of 17.3kg, equating to a CNG range of up to 440km without needing to refuel. And should the worst happen and the CNG tanks do run dry, the powertrain automatically switches to run on petrol making it simple to reach the next CNG fuel station. Fuel is supplied from the vehicle’s secondary 9-litre petrol tank. Once there, refuelling is as simple as any other vehicle in the range.

The SEAT Leon TGI has a fuel consumption of just 3.9 kg – 4.3 kg natural gas over 100 kilometres, and CO2 emissions of just 107–118 g/km in the WLTP cycle. The new 1.5-litre TGI engine in the Leon uses the innovative Miller combustion process with a high compression ratio of 12.5, to increase efficiency and decrease CO2 emissions.

A CNG vehicle reduces CO2 emissions by about 25% compared to a petrol-driven equivalent. As well as ecological and tax benefits, TGI technology offers exceptionally low costs per kilometre, up to 50% cheaper than a petrol equivalent model and 30% cheaper than diesel.

SEAT is also supporting the development and availability of renewable bio-methane, which neutralises CO2 emissions generated through vehicle use. High-quality bio-methane is obtained from organic waste residues and can either be added to conventional natural gas or used to substitute it completely. Bio-methane combines environmentally-friendly mobility with the circular economy and reduces the CO2 impact of this engine type during its lifecycle.

The all-new SEAT Leon TGI will be available in three different trims: Style, Xcellence and FR. And specifically, for this powertrain (TGI), no matter what trim the customer chooses, it is equipped with the SEAT Digital Cockpit as standard, and for the very first time for the SEAT Leon TGI.

Designed, developed and produced in Barcelona, at SEAT’s headquarters in Martorell, the SEAT Leon 1.5 TGI 130PS DSG entered production this week. In the coming weeks, the SEAT Leon TGI will also be available with a manual gearbox, as well as in the Sportstourer body style, with both manual and DSG gearbox options.