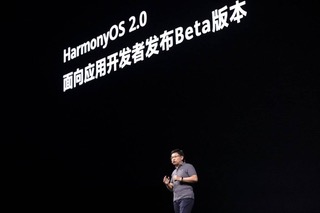 “Huawei’s breakthrough in ecosystem development is a result of the strong support from global developers and partners. Huawei will fully open core technologies as well as software and hardware capabilities to developers, collaborating with them to drive further innovation of an all-scenario smart ecosystem,” said Richard Yu, Executive Director and CEO of Huawei Consumer Business Group.“Stars shine through even the darkest night. Each of our developers is a star. Together they form a brilliant array. That will light the way.”

Huawei announced its all-scenario experience operating system, HarmonyOS, back in 2019. Since then, a robust line-up of devices has been developed for the system, facilitating quick device discovery, instant connection, hardware collaboration and resource sharing between multiple smart devices. HarmonyOS 2.0 was announced today, bringing a comprehensive upgrade to its existing distributed capabilities, including software bus, data management, and security. Huawei also introduced an adaptive UX framework that allows developers to quickly reach tens of millions of new devices and users.

With the latest update, HarmonyOS will officially be open-source and developers will be able to gain access to emulators, SDK packages, and IDE tools. The open-source project, which is donated to China Open Atomic Open Source Foundation, will be launched in stages with a mobile HarmonyOS beta release planned firstly for Chinese developers at the end of 2020. Richard Yu announced the roadmap for HarmonyOS in his keynote speech. “Starting on 10 September, HarmonyOS is open to 128KB-128MB IoT devices, such as smart TVs, wearables, cars and more. In April 2021, we will open it to 128MB-4GB devices and in October 2021, HarmonyOS will be opened for devices above 4GB,” he said.

In a single year, HMS Core 5.0’s open capabilities have increased from 14 Kits to 56 Kits, while the number of APIs has jumped from 885 to 12,981 covering seven major areas, helping developers achieve innovation and simplify the development process.