My personal requirements – a cycling search 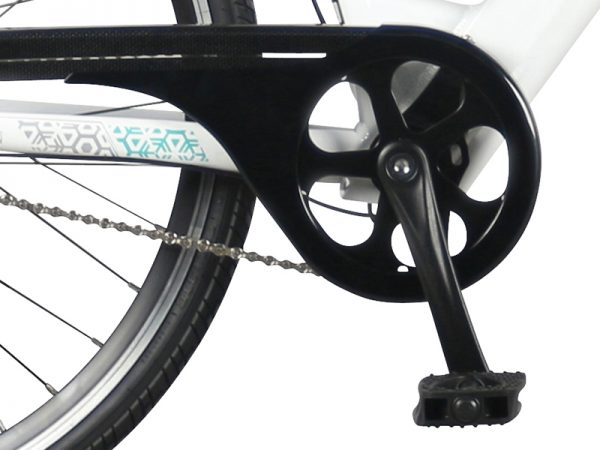 Like many gym goers, when lockdown first happened I looked at what options were available to me in order to stay fit at home. As I’m first and foremost a runner, that was largely unaffected (although my hatred of solo running was only heightened by leaping into roads or bushes whenever another runner appeared on the path ahead), and there were so many online options for Yoga/Hiit/Pilates/Zumba (the list goes on) that I was spoiled for choice. So really that only left my twice-weekly spin class. How could I replace that?

Peloton vs. Wahoo and Zwift – the kit and the costs

Now I know that outdoor cycling is an option, but it’s not really a substitute for spin, especially if like me you live in the fens and the steepest incline you’re likely to find is the stairs in your own home. I needed something that would essentially make me bust a gut for 45 minutes of pure cardio intensity. After doing some research and asking the advice of the hardcore cyclists in my life, I had whittled my options down to a Peloton bike and a monthly subscription to the company’s classes, and a Wahoo Core Kickr turbo trainer with a subscription to virtual cycling universe Zwift. This may sound like I’m speaking in tongues, but don’t worry, I will break everything down for you. But before I do, now feels like the right time to state that neither of these options are cheap, and you need to be confident that you’re going to really use whichever piece of kit you commit to. And if like me you overheat easily you’re going to want to buy a decent floor fan to keep you cool (and perhaps even make believe that you’re on the open road). Let’s begin.

After doing a lot of asking around, it seemed that my spin class buddies were leaning towards Peloton, with its array of insanely upbeat online instructors and the other virtual classes you could attend as part of your subscription. The bike itself costs £1990 (incl. VAT and a 1 year warranty), with a finance option of 39 monthly payments of £52. But that’s not all. The monthly subscription to the online classes is an additional £39, giving you a fairly hefty total monthly spend of £91. I’d be hard pushed to find a gym near me with that price tag. The good thing about the Peloton bike is that there is no requirement for you to put anything together. It’ll get delivered and set up for you.

My triathlete friends however erred towards the turbo option, and the company most recommended to me was Wahoo, and specifically their Kickr Core turbo trainer. I already had a racing bike I could use with it, so the cost of the turbo would be £699.99 and the wheel block (not essential, but stops your front wheel from moving around) £16.99. It is worth mentioning however that from time to time Wahoo sell certified reconditioned trainers that sell for around £100 less. I would also need an 8 speed cassette for my bike which I found for an additional £21.60. Then once you’ve set up your bike, you can of course just use it as is and go hell for leather, but as someone who is competitive I would need an app to focus my training. The only one anyone recommended to me was Zwift, a massively multiplayer online cycling (and running) physical training program that enables users to interact, train and compete in a virtual world. This costs £12.99 a month, and you can get an additional app at no extra cost called Zwift Companion which turns your mobile device into a remote control for Zwift and makes “Zwifting” (yes, that is a word the company uses, along with Zwifters) more fun and social.

So if I were to compare buying the kit for both the Peloton and Wahoo Kickr Core option outright, with a 12 month subscription to the necessary programmes, it would cost £2458 for Peloton compared to £894.46 for the turbo with Zwift. Even if I needed to buy a new bike to go with the turbo the price difference would still be huge, and not even Peloton’s shiny (and only sometimes questionable) adverts could convince me otherwise. So the turbo and Zwift subscription it was.

Wahoo and Zwift – the right decision?

I’m now four months into my turbo training journey, and do I have any regrets? Absolutely none. I’m not going to lie – the set up takes a bit of time and it’s not a light bit of kit at 18kg, but I love my trainer, and after 4 months at the time of writing I’ve cycled 398 miles, with just over 19000ft of climb (something of a shock to the system to someone from the flatlands) and I’ve apparently burned 38 slices of pizza (although it has to be said I do find this way of counting calories from Zwift slightly odd). I rarely just turn up and cycle in one of the Zwift universes (which include London, New York and their made-up fantasy world of Watopia) for as long as takes my fancy, and instead tend to sign up to races of a distance somewhere between 10 and 20 miles, occasionally “meeting up” with my friend Gary in Germany and using the group chat to hurl insults at him (much to the amusement/confusion of other Zwifters I’m sure). I do sometimes find the various races on offer a little confusing, but once Zwift had worked out my FTP (functional threshold power, which is your power in watts divided by your weight in kgs), I knew I fell into the B category, and could look for any race that included my category as an option. After a while, you start to know which race styles suit you.

Other requirements to consider

I personally use Zwift by mounting my mobile phone to the handlebars of my bike, but most people I know prefer to hook it up to a TV screen for a fully immersive experience. The universe is actually pretty cool to look at, and has recognisable landmarks if you choose to cycle in one of the big cities. I also make sure I’ve got a towel to hand to stop too much sweat from getting into the bike mechanism (gross, but this is a sweaty form of exercise) and I’ve also discovered Santic cycling shorts (£29.99), the only shorts I’ve found that I can wear without discomfort when I’m in the saddle for a long time. Well worth a look.

I’m very fortunate to be able to afford all of the kit required to create my own little indoor cycling universe. It has helped to keep me sane in lockdown and kept my competitive spark alive while so many real life running and cycling races aren’t able to be held. I’d recommend the Wahoo Kickr Core and the Zwift app to anyone looking for an indoor cycling training option. Perhaps I’ll see you in Watopia? 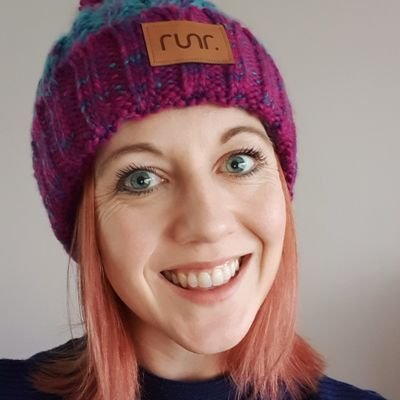 Lauren Thomas is a runner and running coach who when not doing either of those things writes a fitness and wellbeing blog which has been shortlisted for both the UK Blog Awards and the UK Running Awards. She’s a regular guest on the Spanners Ready radio show and Remain Indoors podcast, and a Run Director for her local parkrun. She’s guaranteed to give most sports a go, sometimes successfully and sometimes not, and others she’s stuck to include bouldering and paddleboarding, despite being scared of heights and a weak swimmer. She’s a sucker for cats and dogs and will not choose between them, no matter how much you pressure her.