Zhiyun, the world leader in gimbal manufacture for smartphones and cameras has introduced an all-new gimbal, the CRANE 2S. The CRANE 2 series has been widely recognized as the exemplar of three-axis handheld gimbals for professional filmmakers. Zhiyun has created the successor, CRANE 2S, on the same benchmark but with improved functionality. The CRANE 2S now caters to a greater load and size capacity as compared to its predecessor. The upgraded model in the series has been fine-tuned and tested in order to make it more reliable as well as durable. Now filmmakers can make the most out of it even in the highly challenging environments, increasing their productivity and breaking limits of work. 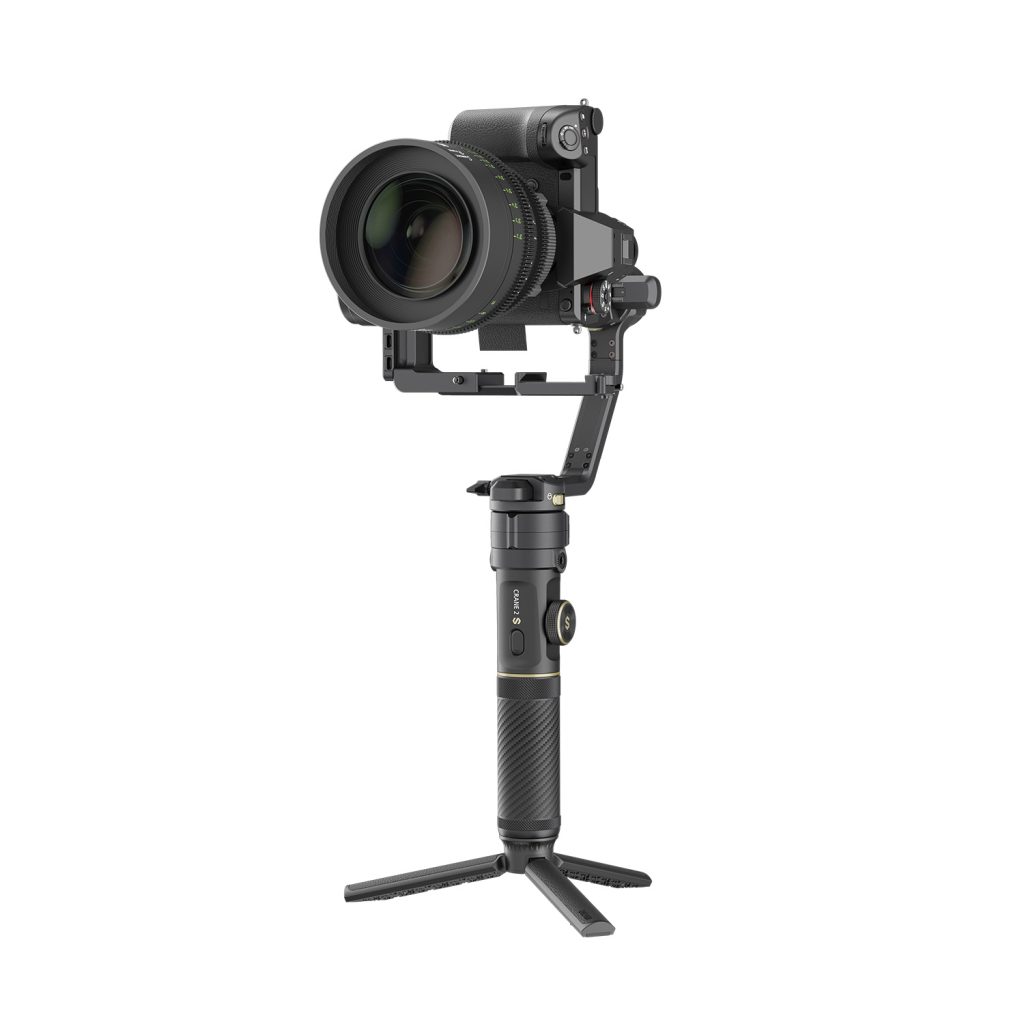 The Right Tool For The Job

Videographers usually face the problem of having to constantly between different cameras in order to make the most optimal use of the tools at hand. The CRANE 2S brings new avenues to counter this challenge with greater support and optimization for larger sized cameras. The highly optimized motor installed in the CRANE 2S allows it to handle market-leading large cameras such as the BMPCC 6K, Panasonic S1H, EOS 1DX Mark II with ease. The new generation 9th Instune Algorithm ensures smooth, reliable performance even in time-sensitive tasks.

The CRANE 2S also comes equipped with the FlexMount System which ensures that you do not miss any critical shots. What this system does is that it makes the setup process extremely simple while at the same time providing high security and protection for your valuable camera gear thanks to the double safety mechanism. It also comes packed with the quick release mount, the first of its kind in the industry, alongside a safety knob on the tilt axis. This enables users to shift to vertical shifting in a snap without the need of any additional accessory. The handle of the CRANE 2S is made out of carbon fiber which makes it lightweight as well as strong, making it a reliable, sturdy, and durable gimbal.

Ease of use, versatility, and gear safety

The CRANE 2S also excels in areas such as ease of use, versatility, and greater safety. Carrying forward the classic design of the CRANE 2, the CRANE 2S also has reinvented details. It has an all-new 0.96 inch OLED screen which offers a wide view that allows swift navigation of the entire menu system and switching of modes. The brand new axis lock system featured in it allows it to stay absolutely still once locked without any issues of swing, ensuring 100% for your camera equipment.

For boost real-life filming efficiency, CRANE 2S is equipped with multiple mounting points: a 1/4″ screw hole on the back of the quick release base plate for the camera to shift between different devices such as sliders and tripods; Two 1/4″ screw holes with crown gear and a 3/8″ screw hole on the gimbal for creative adaptation. The TransMount Image transmitter can directly slide into the bottom of a quick release base plate without screws.