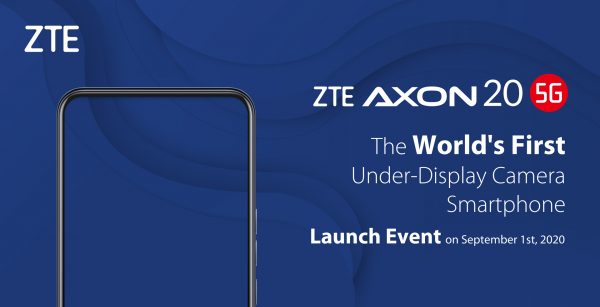 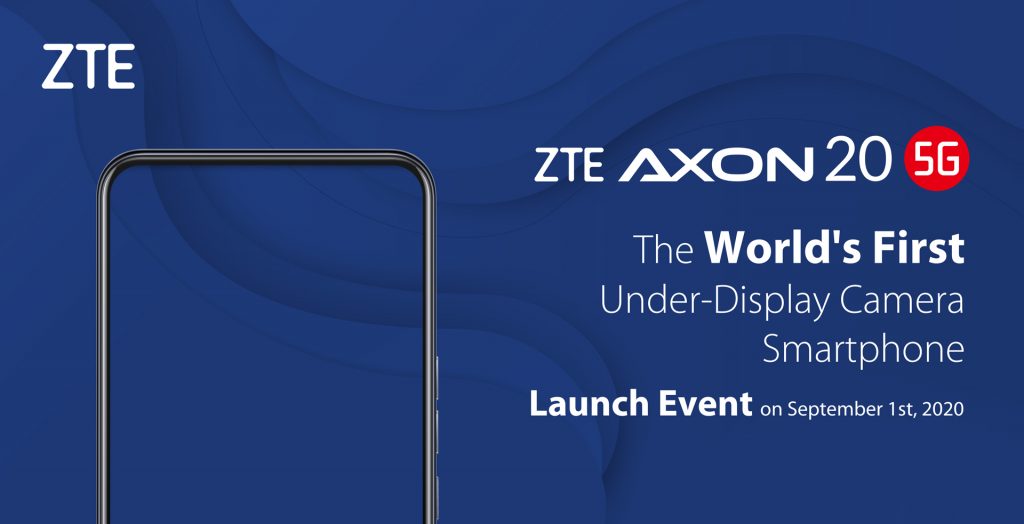 One of the major players in the international telecommunications, enterprise and consumer technology solutions for mobile internet, ZTE, has announced that it will be launching the ZTE Axon 20 5G in China on the coming September 1st, 2020. The Axon 20 will be the first-ever 5G smartphone produced on a mass level to have a camera under the display. This marks a major milestone in ZTE’s exploration of the true full display smartphone.

ZTE has always been at the forefront of introducing innovative technology to the consumers and they have proved so with the introduction of the new Axon 20 5G. This is not the first breakthrough achieved by ZTE in the field of smartphone displays. Previous endeavors include the launch of the world’s first pressure-sensitive display, the world’s first naked-eye 3D display smartphone, as well as the world’s first foldable dual-screen smartphone.

The ZTE Axon 10 Pro 5G launched in 2019 was another lead taken by the company to introduce the first commercial 5G smartphone in the Nordic Countries, Middle East, and China. The device features a compact, uniquely curved display employing the advanced Oncell-Metal Mesh and COP packaging technologies.

All big players in the smartphone industry have been trying and testing the under-display camera technology in smartphones. There have been other achievements by companies as consumers have seen the likes of notch displays, waterdrop notch display, pop-up selfie camera smartphone, and even a hole-punch display.

ZTE has set a new standard with the launch of an under-display camera, pushing all other players in the industry to follow the footsteps and innovate. This is not where it stops rather ZTE will further promote the development of display technologies in the smartphone industry, thereby bringing revolutionized experiences to all consumers.