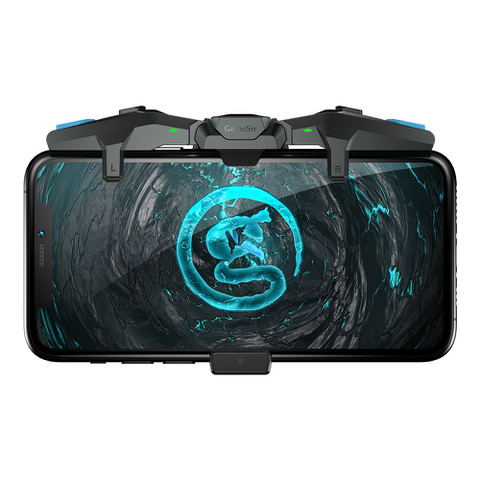 One of the leading providers in premium quality and innovative gaming peripherals, Gamesir, has recently announced the availability of its F4 Falcon Mobile Controller in the UK.

Mobile gaming has come a long way. With the speed smartphones have been innovated and made powerful, anyone who owns one has access to almost all the games available on app stores. It all started from basic games such as Angry Birds or Candy Crush and to a point where you can play any of your favorite games on the go. With the advent of games like PUBG and Fortnite, you don’t need a PC or console anymore. You can simply play them on your smartphones while on the go as the games are constantly being developed for their mobile versions.

However, the whole gaming experience on the smartphone can sometimes be limiting. Touch controls are not the most precise and accurate controls. Even though with practice you can get a lot better, it still does not come any close to the precision and accuracy of a controller. As a result, there exist many mobile gaming controllers that enhance gameplay using Bluetooth – the GameSir G6S included, but what if you want a controller where there is no lag or latency because Bluetooth is not used?

This is where the GAMESIR F4 Falcon Mobile Gaming Controller enters. The F4 Falcon does not have to be connected to your mobile device via Bluetooth or any other wireless or wired connection. It is a completely mechanical controller and so directly presses the buttons on the screen. This results in zero latency and also no possibility of losing connection midway through a game. It taps the screen as fast as you can use your fingers, enhancing your in-game play.

The design of the controller is minimalistic. It has a compact and small footprint as the arms fold down to the central column allowing you easily take it anywhere you are going. However, it’s compact size puts it under no limitation as it accommodates most smartphones available on the market today. It has simply been designed to perfectly fit your device while not adding bulk to it overall.

It features a two-button configuration with a pair of triggers on the right and left side which allows for easy play with most mobile games. You have the option of choosing up to 4 different burst modes – default mode (one click, one-shot), 3-burst mode, 6-burst mode, or 9-burst mode to make sure that you can customize your shots according to the battlefield.

The F4 Falcon controller supports all smartphones. It provides up to 30 hours of gaming on a single charge. The buttons on the controller have a life as long as 5 million clicks allowing you to continue gaming worry-free and for as long as you want.

Finally, thanks to the F4’s mechanical setup, you won’t get banned from your favorite game – it uses your physical movements to play your game.

One thought on “Introducing the GameSir F4 Falcon”