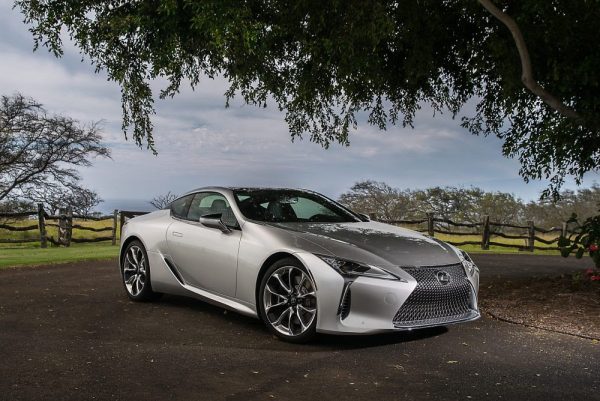 Ever since the original concept for the Lexus coupe came out, it has always aimed to provide even sharper and more refined performance. Similar is the case with the changes introduced in the upcoming model for the year 2021. It has greater responsiveness, handling stability, and agility. All of these combined strengthen the abilities and control of the driver over the car.

In order to make the goals of Lexus come to reality, the company has revamped the LC’s suspension system. As a result, it is now light in weight and has better handling. There have also been detailed adjustments to the LC 500h’s Multi-Stage Hybrid system and the LC 500’s 10-speed Direct Shift automatic transmission. We also see a new steering wheel and changes to the brakes in order to ensure a safer driving experience.

The weight of the car has been reduced by 10kg as a result of changes made to the LC’s rear and front suspensions. This has been made possible with the use of forged aluminum for the lower arms: thinner, hollow anti-roll bars; and new high-strength material for the coil springs. Even the springs can now withstand more pressure of 1300MPa as compared to 1200MPa previously. The lesser weight makes the whole driving experience softer, smoother and other updates give a stronger feel overall. The reprogramming of the electronic shocks in the front suspension allows for a longer stoke, while the rigidity of the bound stoppers (front and rear) has been optimized, giving an overall smoother performance with less disturbance from fluctuations in the road surface.

In order to improve the driving force characteristics of the LC 500’s 10-speed Direct Shift automatic transmission, Lexus has used big data. As a result, the response to the driver’s intentions is now even more faithful.

There also have been some technical adjustments that allow for smoother acceleration and an automatic downshift to second gear (instead of third) when braking to take a corner. In the same way, performance for the shift has also been improved for acceleration out of a corner.

The high voltage lithium-ion hybrid battery in the revised LC 500h has now a new control that allows it to increase its operating range giving room for more torque to be developed by the electric motor. As a result, the car produces more powerful acceleration, both when negotiating urban streets, or driving on winding roads. To put it into words and stats, for a moderate 30 percent pressure on the accelerator pedal there is 90Nm more torque output and batter output rises to 17kW, meanwhile the speed of the vehicles increases by an extra 2.5mph/4km/h after just 4.5 seconds of acceleration.

Lexus centers are accepting orders for the 2021 LC Coupe now with first deliveries expected during summer 2020. The model range and prices are shown below.

One thought on “Coupe Delivers Even Sharper And More Refined Performance”