Samsung Adds The New Galaxy A21s To The Galaxy A Family 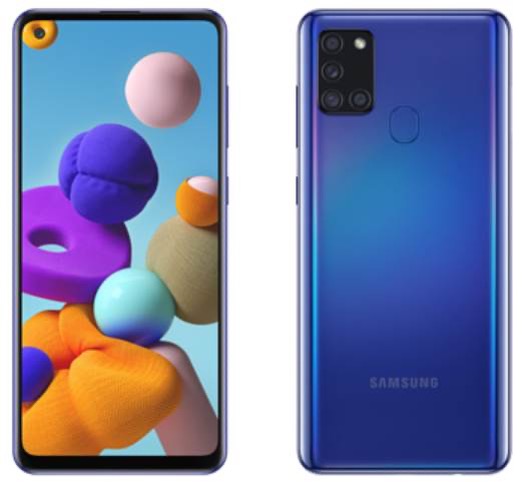 If you’re an Android user looking for a new smartphone during the summer, look no further, as Samsung has announced the brand new Galaxy A21s as the latest addition to the Galaxy series. The new handset is a much more affordable device for those looking for intelligence and power from their phone, with a long-lasting battery, a large Infinity-O display that looks bright and punchy, and a lower price to tempt you over.

“The Galaxy A21s offers must-have features at an affordable price,” said Conor Pierce, Corporate Vice-President of Samsung UK & Ireland. “From 5G to best-in-class display, we are committed to bringing innovation to our Galaxy A Series portfolio, ensuring we can offer the best mobile experience no matter what your budget is”.

In the camera department, the Galaxy A21s features a quad-camera setup on the back with a 49MP primary sensor, an 8MP ultra-wide sensor, a 2MP depth sensor, and a 2MP macro camera. Over on the front, the device has a single 13MP selfie camera housed in the hole-punch cutout in the top left corner of the device.

The device has a rear-mounted fingerprint scanner and it packs in a massive 5,000mAh battery with support 15W fast charging. On the software front, the device runs Samsung’s One UI skin based on Android 10.

Between now and 31st December, six-month access to Spotify Premium will be available with purchases of eligible A-Series devices through Samsung channels and UK retailers.