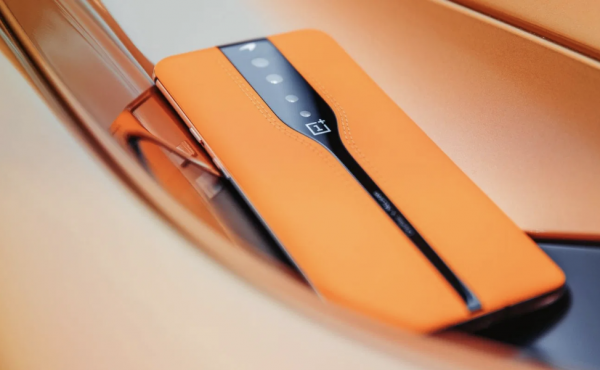 OnePlus is working with British automotive manufacturer McLaren to take the same glass technology found in high-end car sunroofs and aircraft windows and use it in a smartphone. The camera lens on the back of the phone sits under this special glass, the tint of which changes when the glass is triggered by an electrical signal. The effect is that the camera lens appears when you open the camera app, then vanishes from sight whenever the camera app is not in use. OnePlus plans to show off the concept phone at the annual CES electronics bonanza in Las Vegas next week.

The Concept One is exactly that—a concept—and OnePlus says it has no plans to ship it anytime soon. But according to Pete Lau, the OnePlus co-founder and chief executive who spoke with WIRED via video chat, the phone represents a “bold exploration for OnePlus and is also a representation of overcoming a lot of [engineering] challenges.”

“With this approach, we’ll be able to produce smaller amounts of the product and, with feedback from a small group of users, look at the possibility of making a device that’s available for users more widely,” Lau said.

Even if you didn’t know McLaren was involved in the design, you might think the Concept One has a distinctive race-car aesthetic. The phone model I saw at a briefing in San Francisco last month had a papaya-orange leather back, with visible stitching along the edges and a thin spatula of black electrochromic glass running down the center spine.

The OnePlus Concept One has the same rear camera specs as the OnePlus 7T Pro McLaren phone: a 48-megapixel main camera with a 16-megapixel ultra-wide-angle camera. The difference is in the electrochromic glass on the Concept One. It effectively shrouds the camera from sight, so that the phone appears lensless when the camera app isn’t open. Flick open the camera app and a hint of a camera lens appears on the back of the phone. You have to look hard for the edges of it, as though you’re searching for something in a dark room.

This is the same electrochromic glass technology that’s available inside the optional sunroof on the McLaren 720S supercar, provided you can shell out an extra $9,100. (And if you’re buying a $300,000 sports car, yes, you can afford the electrochromic glass. This vehicle is not for mere mortals.) The special glass tech was also an option in the 2018 McLaren 570GT. To hear OnePlus’s Lau tell the story, the company’s creative director, Xi Zeng, saw the glass on a 720S while touring McLaren’s headquarters in Woking, England, and wondered whether it could be applied to smaller personal devices. The company was intrigued enough to dedicate a group of engineers to the idea of starting at the end of 2018.

The experience of seeing it in person is a little anticlimactic. When you think “disappearing camera,” you might envision some sort of magic act or a more pronounced physical transition. This is just a camera you can barely see. On the upside: There are no bumps.

Lau says they faced a few challenges in building a smartphone that included this strip of glass. The electrochromic glass involves adding another material on top of the glass that typically goes on the back of a high-end phone, so thickness was a concern. Ultimately, it added only a tenth of a millimeter to the overall thickness of this concept phone in its current design, Lau claims.

The electrified glass relies on power to shift from opaque to translucent, so OnePlus had to consider how, in an everyday phone, the technology could be tweaked to consume as little power as possible. Speed is a concern as well—if the glass’s transition from tinted to clear causes you to miss a critical snapshot, then its benefits are moot. The electrochromic glass windows on a Boeing 787 Dreamliner can take several seconds to shift from transparent to opaque to tinted. Lau says that on the OnePlus Concept One phone, the camera lens can go from “off” to “on” in just under a second.

Finally, there’s the reliability factor. Ask any smartphone maker that regularly tries to push the envelope how crucial it is to get things right for the initial rollout of a product. Lau says OnePlus is working to ensure that the overall build quality is up to the company’s standards.