All the latest news from ACER at CES 2020 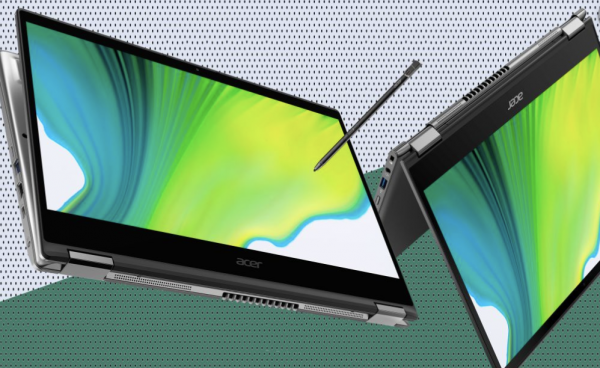 Both include a fast-charging Acer Active Stylus that employs Wacom AES technology, reliable and speedy Wi-Fi 6, and a full range of ports, including USB Type-C with support for Thunderbolt 3. They’re also enhanced with dual speakers and Acer TrueHarmony. Dual microphones ensure a clear audio connection when using the HD webcam for online chats. You can connect to the device via voice to interact with Cortana, even in Modern Standby mode, which is designed to give consumers better access to their PC.

The ConceptD 7 Ezel series comes with Acer’s Ezel hinge, which translates to five usage modes, making it easier than ever for creative professionals to collaborate, share and bring ideas to life. A desktop replacement that can be taken on the road, this series is ideal for those who want to sketch, finalize and present on one device.

Creators’ work comes to life in brilliant detail and clarity on the notebooks’ 4K IPS displays (3840 x 2160 resolution) which deliver more than 8 million pixels. The displays also include integrated color correction technologies and have been tested and calibrated to deliver superior fidelity in reproducing the PANTONE Matching System (PMS) Colors.

The touch screen displays provide a natural writing experience via the included Wacom EMR pen, which provides fast and accurate control. EMR pens perfectly replicate the fluidity of ink. Plus, they don’t require a battery and offer better precision, response times, resolution, pressure sensitivities, hover accessibility and durability. The displays are made of Gorilla Glass 6, making them resistant to drops. They also include an anti-glare coating, making it easy to see images when used outdoors or under bright lights.

Demanding workflows are no match for a 10th Generation Intel Core H-series processor coming soon, NVIDIA GeForce RTX GPUs, up to 32 GB of DDR4 memory and up to 2 TB PCIe SSDs. Creators can quickly edit and render videos or create 3D animations and showcase their work in real time.

The ConceptD 700 workstation was also built to handle heavy content creator workflows with ease, thanks to an Intel Xeon E processor and up to NVIDIA Quadro RTX 4000 graphics to address the needs of film makers, animators and AEC (architecture, engineering, construction) designers with powerful and stable performance for 3D computer-aided design (CAD).

To keep up with evolving workloads, it can go up to 64 GB 4x DIMM 2666 MHz DDR4 memory, and use fast storage options like on-board PCIe M.2 SSD. It also has four internal storage bays supporting both 2.5-inch and 3.5-inch HDDs. Optimal thermal ventilation is critical for taking on heavy design rendering. The ConceptD 700 uses three efficient cooling fans to draw air in through the triangular-patterned front air panel and circulate it throughout the chassis.