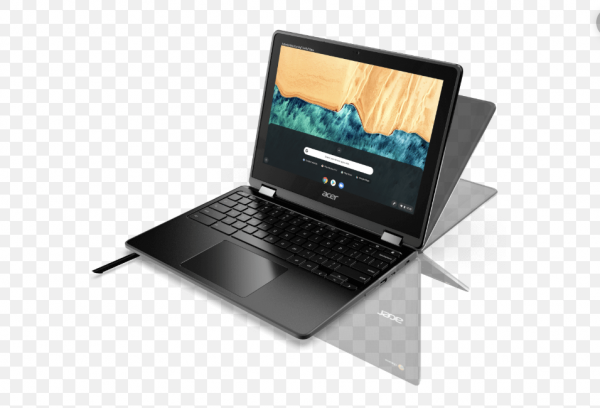 Acer is adding a few new models to its line of Chromebooks designed for the education market — and the standout model may be the Acer Chromebook C871 (Chromebook 712) which features a 12-inch display with a 3:2 aspect ratio, a 10th-gen Intel Core “Comet Lake” processor, and a starting price of $330.

“Every aspect of the new Acer Chromebook 712 was designed from the ground up with the educational environment in mind,” said James Lin, General Manager, Notebooks, IT Products Business, Acer Inc. “In addition to meeting several durability and safety standards, we’ve also provided extras such as a student-friendly keyboard and the latest processing and Wi-Fi technology, giving students and teachers a powerful tool that will enhance student engagement and learning outcomes.”

The new Chrome OS laptop should be available in North America in March before hitting Europe, the Middle East, and Africa in April for around 349 Euros and up. The confusing nomenclature, by the way, is because the system will be sold as the Acer Chromebook C871 to commercial and education customers, but a consumer version called the Chromebook 712 will also be available.

The Chromebook C712 measures 11.7″ x 9″ x 0.9″ and weighs about 3.1 pounds with a 3-cell battery. Acer says the notebook has reinforced hinges and a shock-absorbing bumper to help withstand the stress of classroom use: it can withstand a fall from up to four feet, 132 pounds of downward force (if a kid steps on the laptop), and spills of up to 11 ounces of liquid across the keyboard or touchpad.

Acer will offer processor options including Intel Celeron 5205U, Pentium Gold 6405U, or Core i3-10110U Comet Lake chips and the Chromebook C712 supports 4GB or 8GB of DDR4 memory and 32GB or 64GB of eMMC storage.

The computer as a 1366 x 912 pixel IPS display that will be available in touch and non-touch versions. The laptop’s 18-degree hinge also lets you fold the screen flat. Other features include WiFi 6, Bluetooth 5, two USB 3.1 Gen 1 Type-C ports, two USB 3.1 Gen 1 Type-A ports, a microSD card reader, and a 3.5mm headset jack. The Chromebook has a 720p webcam and a microphone.

The new Acer Chromebook 712 will be available with either 32 GB or 64 GB of eMMC storage and 4 GB or 8 GB of RAM to education and commercial customers in EMEA in April/ MAY, starting at EUR 299 or GBP 279 and in North America in March, starting at USD 329.99.