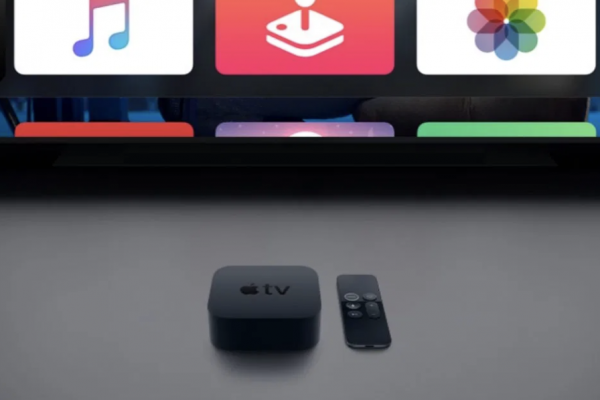 UK telecom provider Vodafone has announced this week that it is now bundling the Apple TV 4K with its Vodafone Together plans. This means subscribers can get home broadband, unlimited mobile data, and the Apple TV hardware starting at £54 a month.

Vodafone explains that customers who subscribe to the Vodafone Together plan can get unlimited mobile data, unlimited 35mbps “Superfast 1 Extra Home Broadband,” and an Apple TV 4K at the £54 per month rate. Customers can upgrade to faster mobile data or faster home broadband for £58 per month or £62 per month. You can also bundle Amazon Prime Video, Spotify, and Now TV for £6 per month each.

Apple is currently offering a free year of Apple TV+ to anyone who purchases an Apple TV, iPhone, iPad, or Mac. That offer applies to this deal as well. So, if you receive an Apple TV 4K from the Vodafone Together bundle, you’ll also get one year free of Apple TV+.

“Apple is very well positioned to be the partner of choice for telcos,” according to Paolo Pescatore, Tech, Media & Telco Analyst at PP Foresight. “Many telcos are moving from costly hardware and are looking to offer the best content experience on numerous devices inside and outside of the home without having to worry about data caps nor speeds,” he added.

Customers receiving an Apple TV 4K will also enjoy a limited time offer of 12 months of Apple TV+ included for free, so they can watch Apple Originals from the world’s greatest storytellers on the Apple TV app.* With Family Sharing, up to six family members can share one Apple TV+ subscription and watch using their own Apple ID and password on their own devices.

Apple TV 4K aims to bring the cinematic into the living room and combines 4K HDR visuals with Dolby Atmos sound on compatible systems. It provides access to live TV and catch-up services, along with SD and HD content streamed through Vodafone’s paid content partners including Apple TV+.

By incorporating a 12-month Apple TV+ subscription within the deal, Vodafone is offering one of the latest subscription streaming services in conjunction with the HDR capacity of Apple TV 4K. Apple TV+ was first announced in March 2019 and launched in November, the same month as the British TV specialist BritBox which has BBC, ITV, Channel 4 and Channel 5 on board.

Max Taylor, Consumer Director at Vodafone UK said: “We’re giving customers unlimited mobile data, unlimited home broadband and now Apple TV 4K with Apple TV+ included for a year in one great package. Now our customers can use Vodafone’s game-changing unlimited data to seamlessly stream content – whether they’re in the home, or out and about. With access to live TV, catch-up services, plus our choice of content partners we believe that our customers can get all the entertainment they want in one easy bundle from Vodafone.”

Customers looking to take advantage of this offer can do so by speaking to one of Vodafone’s advisors in-store at one of the company’s 450+ retail stores across the UK or via their website.