Why Do Not We Tell Our Own Stories? 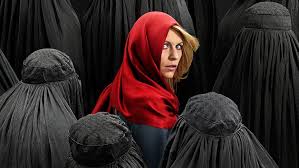 Though I am sure you already did I am just confirming to be sure. Did you ever notice the growing stereotyping of Pakistanis both in Indian and English films? I know you did but I am just being a little extra cautious. I do not want any blame to lie on my shoulders alone. Better if we share the burden. Working with an entertainment magazine, every other day I come across the announcement of Bollywood films in which the villain is always a Muslim. In case, it is a biopic there is an abundance of the Muslim invaders who came to India. Whenever it is about the role of an antagonist, you are always sorted in Bollywood.

I remember watching an Australian television show where the child sent his charities to a boy named Ahmed in Pakistan. It came as an interesting shock because many Pakistani immigrants who moved to Australia are among the most educated and financially established people in the country. But yeah, when it comes to projecting poverty and misery, we have Ahmed here for you.

While so much is being said, what has been done do far? Did we ever bother to create a counter-narrative so that we could show the world who we actually are? Did we ever bother to take our television and film industry up to the mark where it could be heard internationally? Do our film and drama have the intellectual capacity to affect a global audience? As long as the hunter is writing the story, wouldn’t the lion always be a villain? Shouldn’t we write our own stories and let the world know who we actually are?

Okay wait, a few months ago we did try our hands at it. But sorry, it turned more into hate speech than describing our own narrative.

For this, we need to have a media industry strong and independent enough that is taken seriously all around the globe by the virtue of its intellectual credibility. And this is never possible until we build an environment that nourishes and nurtures creative minds in the country. No wonder there are many great musicians and artists lost in the hue and cry of becoming an average engineer and hence living a life that could never be fulfilled. We have a stream of unsuccessful unfulfilled professionals who were meant to be flying in the sky and not caged in the offices. Until we dignify art and literature the way these need to be, no time soon will we be able to narrate our own story. These stereotypes will continue. The villain will always be a Muslim if not a Pakistani.