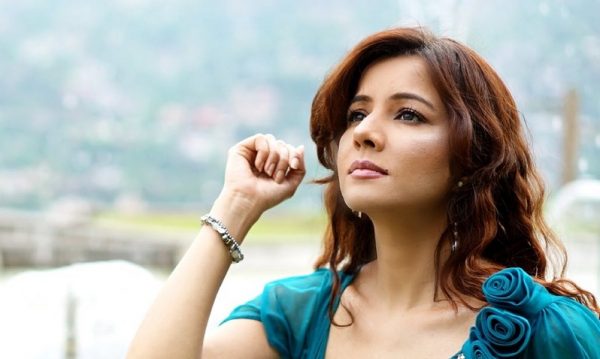 The Internet is a ruthless place, especially for women in the public eye. Although several laws have been promulgated all around the world, it is still not a safe and secure place for women who are harassed on a whole new level. A few days ago singer and actress Rabi Pirzada had to undergo the trauma of her private videos and photos leaked on the internet. In no time, everything went viral and everyone had those videos on their phones. It goes without saying that Rabi Pirzada was devastated. She said in an interview that she could now relate to the rape victims as this obnoxious behavior made her want to end her life.

Although many people supported her right to privacy and stood with her in difficult times, things are still not easy for her. The media outlets who face severe restrictions in Pakistan due to the censor policies did have the liberty to post Rabi Pirzada’s private pictures lined up with the text that judged her on every level. The entire country which has the greatest number of porn watchers had its moral standards bubbling up and slut-shaming Rabi Pirzada for making any such video. The irony died a little every time it saw any such posts inciting hate for her by the ones who have their secrets darker than rabi Pirzada.

The vile campaign against @Rabipirzada is a stark reminder of how privacy is violated to blackmail women into submission.Morality is used to justify such abhorrent campaigns whereas people leaking such footage hide behind societal norms. They should be behind bars. #RabiPeerzada

Not only did these people find it their religious and moral obligation to shame Rabi Pirzada but also the ones who were supporting her. #MeToo movement in Pakistan in its budding phases and most of the women who have spoken up against harassment have had to face the consequences that even toppled the trauma they faced while being sexually harassed. Here let’s never forget the example of Meesha Shafi who came forward with her experience of being harassed by the famous singer Ali Zafar and is being slut-shamed and trolled online to date. Famous film director Jami came up with his story of a brutal sexual assault and instead had to run for his life away from home.

The same women who were accused of speaking up as a publicity stunt by Rabi are defending her unconditionally today. Including myself.
I highly condemn the leaking and sharing of these private videos and will always raise my voice when a victim is being shamed and humiliated. https://t.co/wUE2ZSDgor pic.twitter.com/0PQVP97iMQ

Many women have also objected against the #MeToo movement saying that anyone coming up with such allegations is just fishing for publicity and instant fame. However, in times like these, even those who Rabi Pirzada disagreed with in the past stood up for her right to privacy.

Those who are weaponizing nonconsensual intimate images and videos of @Rabipirzada and those who are forwarding them are committing crime under PECA. Don't be a silent bystander, report these tweets and do not forward this violence. https://t.co/S2eVtp3B4l pic.twitter.com/z0hb4friJM

Revenge porn is one of the biggest problems in the cyber world of today.  It has not only affected women but also men. Just a few days after Rabi Pirzada’s incident, a private video of the famous cricketer Shaheen Afridi also surfaced on the internet. The greatest trauma is that the victims do not even receive the emotional and moral support from the fellow countrymen, leave aside the legal security. It is imperative that not only we raise awareness about the importance of privacy among the masses but also create a transparent legal procedure that ensures the real culprits suffer what they deserve for ruining a person’s life and reputation.

Rabi Pirzada, we stand with you and all the victims who had to go through this.