Why was Jami’s #MeToo story altered by Pakistani news outlets? 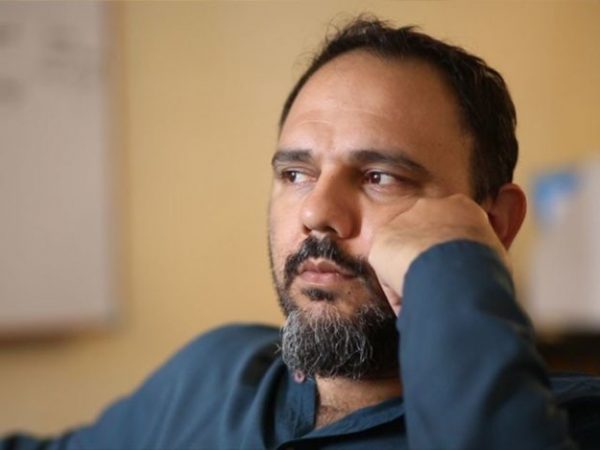 Jami, the famous film director from Pakistan, who always supported the #MeToo movement is now out in public with her own personal ordeal of sexual assault. According to the director of the internationally acclaimed film ‘Moor’, he was brutally raped by a media Tycoon thirteen years ago when Jami was doing the shoots for his high-end book launches and museums. Jami, in his thread of tweets mentioned, that the trauma left him so disturbed that he had to leave the country for some time. Even at his father’s funeral, he could not mourn the loss well because his rapist was there for condolence. 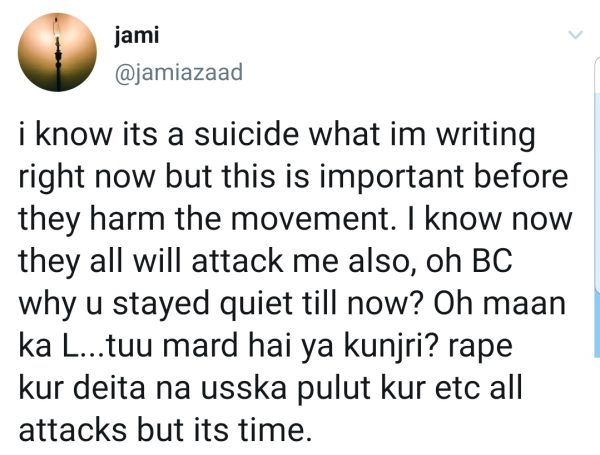 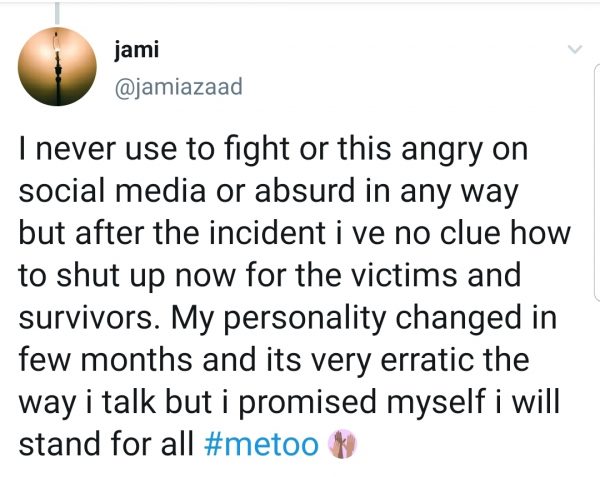 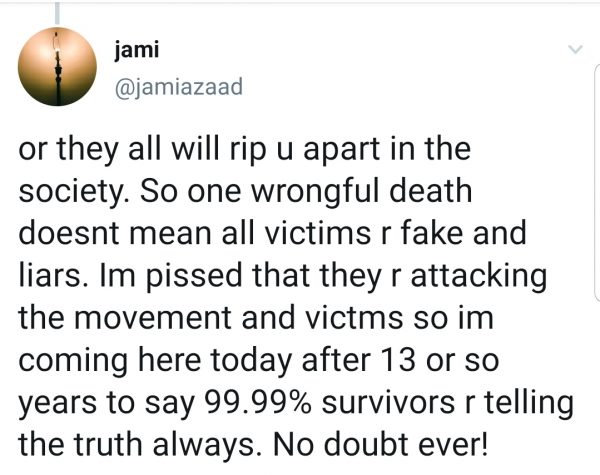 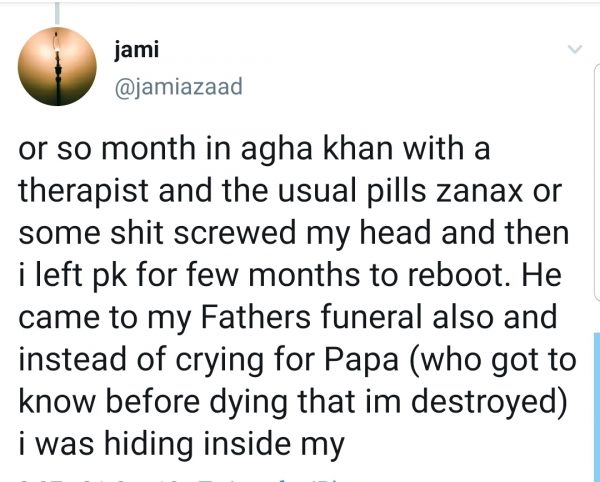 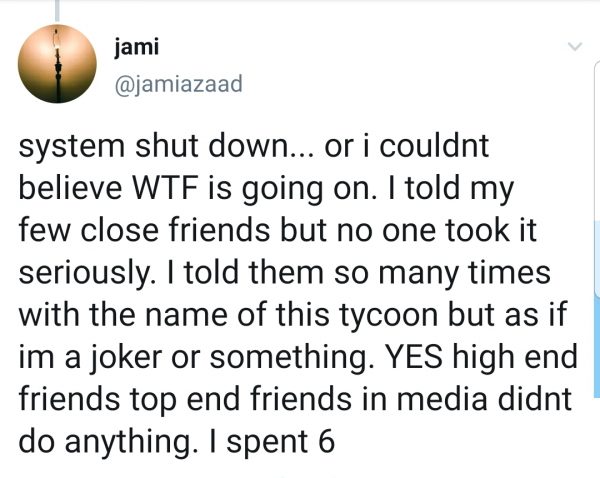 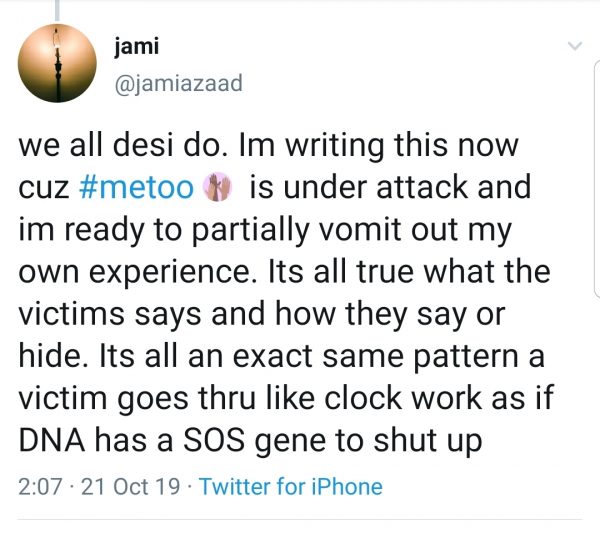 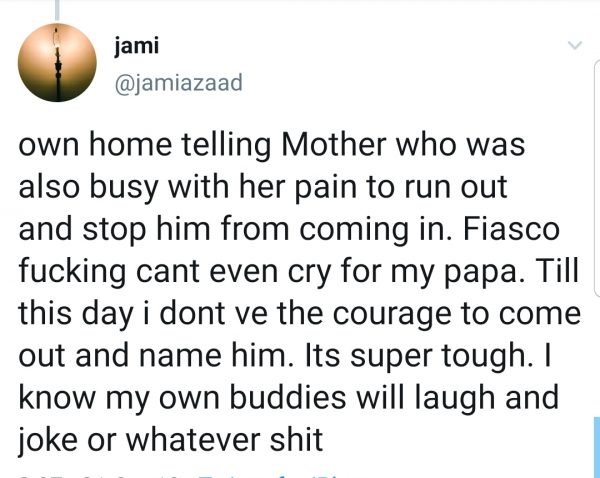 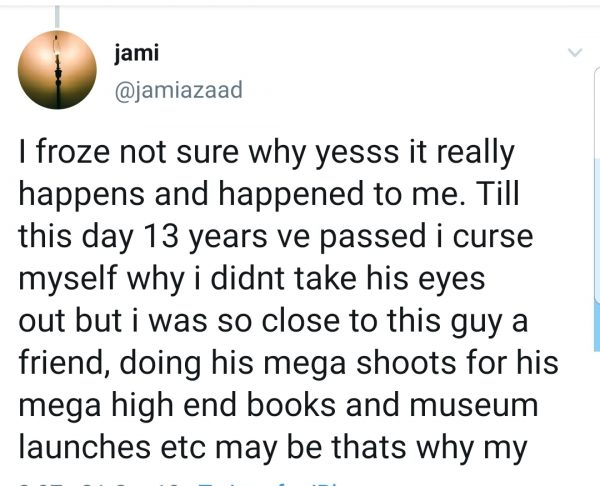 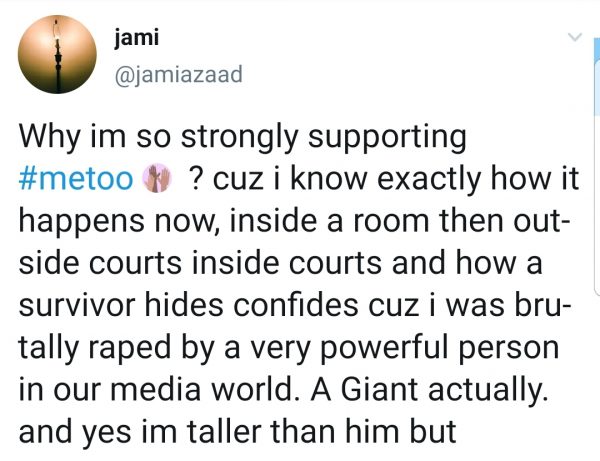 Jami came out in public to speak about his issue since the suicide of Lahore’s lecturer M. Afzal for false harassment allegations. He said that one wrongful death could not snub the entire movement. Being a victim himself, Jami understood how difficult it was for the victims to stand up and speak about the trauma they went through.

Jami’s tweets, certainly, created a stir on social media and in no time the news was all over the media. What is particularly peculiar about this incident is the report that was removed from many Pakistani media outlets right away. Many omitted the keywords ‘media tycoon’, ‘book launches’, and  ‘museums’ to twist the facts and hide the identity of teh assaulter. Although Jami did not take the name of his rapist, the keywords could help reaching the culprit.

Check the reposting of all posts they all are missing the key details now. My tweet is re edited and toned down. Book launch and Museum part missing? #metoo

Jami was greatly troubled by this behavior of the major media outlets in Pakistan. Although the international magazines retained the news, he was disappointed by the Pakistani publications.

Simple truth. Why edit the post? Why take it down? #metoo

Stand for all victims all the time and it will be fixed. Selective activism is unjust

Since many social media users came out in Jami’s support, he thanked them for their overwhelming support of the director.

Im just overwhelmed by so much care and love. I cant thank reply individually as its now in thousands. Im learning to shut up so here quickly my sincere love to u all 🙏🏽 and i hope we all saved even if one soul then our work is done here. 🙏🏽 #metoo

Jami has always been vocal for the #MeToo movement. When Meesha Shafi accused Ali Zafar of harassing her, Jami was among the few and first from the industry who stood up in her support. Jami also pledged not to work with any alleged harasser in the future in an official statement by his company Azad Films.

Jami’s courage to speak up for the rights of all victims of the #MeToo movement has always been exemplary. But coming up with his own story which can possibly create a problem for his career is bravery of the highest level. Although the leading media outlets in Pakistan have tried to snub the story by twisting the details, the international media and social media will not let this issue die for a long time. While the women who have been affected by sexual harassment in the past are supporting him, it is also the time for men who have always spoken against the #MeToo movement to come up and speak for a fellow man who suffered the trauma.