Dr Abdus Salam was no ordinary man. After reading Cosmic Anger in 2016, I was in awe of his humility and intellect. Cosmic Anger portrayed the vulnerable side of Dr Salam, as someone who came from the subcontinent during turbulent times. He was perhaps the greatest example of how even hard science can never be apolitical. There are always greater implications at play underlying each discovery and the impact it could have on mankind. So when the documentary on his life came out on Netflix, I hoped it could do justice to the various identities of such an esteemed man. 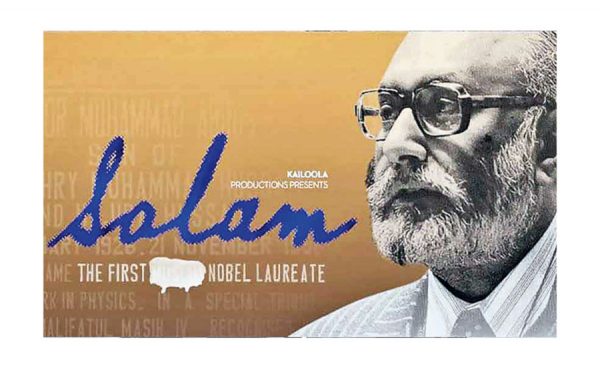 For most people, theoretical physics is a frighteningly abstract subject. To venture into this field as a man of faith must have been no easy feat. Salam, the first ******Nobel Laureate does a wonderful job of capturing the various complexities of Dr Salam’s life. Produced by two Pakistani scientists and directed by an Indian man, the nuances of such a dynamic existence could be understood by the people behind it. Using clips from his interviews and narrations from the people closest to him, they attempted to string together an authentic picture of his life.

The thing that sets this documentary apart from other interviews of Dr Salam was its ability to capture the truly vulnerable parts of his personality. Behind the brilliant mind, lay a soft heart that was deeply affected by the realpolitik of his homeland more than anything else. His radio, shown in some of the final scenes, kept him connected to Radio Pakistan during his time in England. His never ending yearning to go back to his homeland, a homeland that had painfully excommunicated his sect and institutionalized discrimination against them was the most prominent aspect of the documentary. Yet his nationalism was unwavering. The scene where he walks in proudly in a Punjabi turban and sherwani to receive his Nobel Prize is a deeply important moment for all brown people wishing to come at par with the white man.

Salam’s scientific mind and religious fervor coexist peacefully, the documentary shows.
It walks a fine balance between highlighting his personal as well as professional life. Neither is overshadowed by the other. Both of his wives and some of his children’s interviews are shown. What makes it unique is the way his volatile yet charming temperament is examined. Accounts from his family and assistant shed light on his cultural orthodoxy. ‘Children must be seen, not heard and speak only when spoken to’, his son recounts. People had to work hard to gain his respect. Apart from a man who devotes 15 hours of each day to work, Dr Salam combats stereotypes from both home and abroad. To prove to Sunnis that he is no less of a Muslim than them, and to prove to the British that his cultural and religious alignments make him no less of a brilliant man. In an era where globalism was a nascent concept, Salam embraced both the east and the west.

The most important takeaway from the documentary is that you cannot place him in a box. Salam is beyond ideas of conformity in every aspect of his life. Perhaps the most touching scenes from the 85 minute documentary are of his last days. Through disease and disability, the way such a stout, respectable man would eventually physically crumble yet remain resilient. Salam wasn’t just another Nobel Prize winner, the audience could see. He transcended class and racial barriers to achieve recognition. And through Salam lives a remarkable legacy that can never be replicated or forgotten.