Is population control a threat to the social fabric? 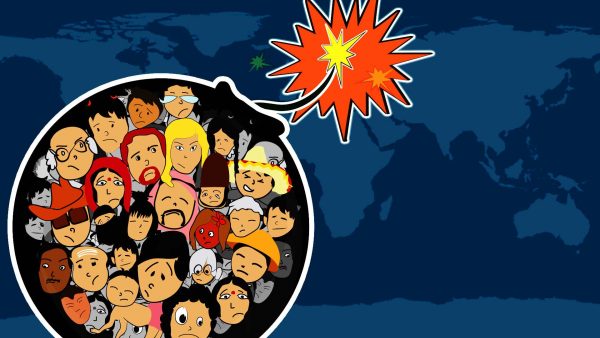 While social media has empowered a common man in many different ways, it has also given everyone an opportunity to voice their opinion without even knowing what the acual matter is. It is pretty easy to retweet a tweet with just one click. Researching definitely requires a lot more effort. While it has given everyone a platform to discuss the matters which were considered a taboo in old times, it has also led to intolerance and toxicity on many levels. Many times a piece of news taken out of the context is spread through the length and breadth of social media without realizing what it actually means.

Recently, the internet was set balaze with a medical college’s pictures which showed a condom stall on one of the events. It was implied righta way that it was unethical to promote any such products in the educational institutes. Moral policing of all sorts became everyone’s favorite sport as always.

Little did the ones retweeting the original tweet with religious and social commentary know that this picture was from World Contraception day where there was an awareness campaign regarding the population control. In a country liem Pakistan where the population is only meant to increase in the absence of resources, this criticism explained the fault in our stars.

Islami Jumhoria Pakistan badly needs birth control. It already has a population explosion and is running out of resources. https://t.co/WSPKYFHeZr

The uncontrolle dincrease in population is one of the biggest problems in Pakistan. A developing country where the children are already not getting their basic needs more and more children are brought due to social and supposed religious reasons. Although the government has led a campaign that has explained the benefits of a small family, people are still unwilling to understand how crucial it is for the smooth economic growth of the country. In a country where contraception is considered a strike on the nation’s character and social values, what good can be expected from people to plan their families? Every child deserves a right to education, health, and space. But who cares? Social fabric comes first and any awareness campaign is a threat to the national code of ethics. Rock on if you must, guys!