Where Should Malala Go? 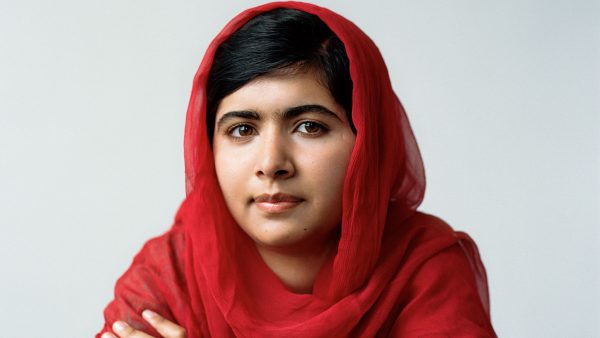 Malala Yousafzai, the fifteen-year-old girl who was shot by the Taliban, is today the youngest Nobel laureate. Since the age of eleven, this young girl had started thinking and speaking against the repressive Taliban rule in Swat where she lived with her family. She was soon noticed by the media and everyone knew in Swat lived a little girl who wanted every girl to have the right to education. Not only was she shot in the head after which she was quickly moved to England, but Malala Yousafzai also became the symbol of resilience and activism for girl child education in Pakistan. She was awarded the prestigious Nobel prize for her efforts and struggles. It was the second Nobel prize that came to Pakistan since Dr. Abdul Salam.

When the world knew Pakistani only for terrorism, Malala became the symbol of a progressive Pakistan which was there to stand up against the tyranny of the Taliban. The story seems all inspiring and something to be proud of until you recall we do not have a great history with people who have ever brought a name other than the terrorist narrative to the country. Dr. Abdul Salam did not get what we deserve. Malala is born in the age of social media so she gets even worse with people directly tagging and attacking her.

The propaganda which surrounds this 22-year-old is bigger than most of the lies. From her speaking on the international forums to making a point in the media, everything is under scrutiny by those who probably do not even have their faces on their social media accounts. When India imposed the curfew in Kashmir and suspending article 370, everyone wanted Malala to speak up. Although she did, it was conveniently ignored and quoted everywhere with capital letters

‘WHY DID MALALA NOT SPEAK ABOUT KASHMIR?’

The people of Kashmir have lived in conflict since I was a child, since my mother and father were children, since my grandparents were young. pic.twitter.com/Qdq0j2hyN9

No one saw this! Instead, everyone was interesting in her light-hearted tweet about the new iPhone. We are an expert at conveniently ignoring what we don’t like.

Is this just a coincidence that I wore this dress on the same day as Apple iPhone 11’s launch #iPhone11 pic.twitter.com/k6s4WM4HKq

It is even more interesting because while everyone else continued their normal lives in Pakistan it was mandatory for Malala to give up on everything and only talk about Kashmir. Even if she did, it would not have been a help.

Malala recently posted a detailed thread about the atrocities in Kashmir.

In this thread, Malala mentioned her view of the incident. She spoke to girls from Kashmir who told her how controlled and insecure they felt about their current situation. These girls felt silenced and could not attend their school even missing the exams. Malala statted that she was in talks with various world people who could actually help to project the issue with a greater influence.

However, even this fell flat on the ones who were into selective hearing and reading. Malala Yousafzai who has worked for the girl child education in Pakistan has barely been spared by her countrymen. It often makes one wonder if the things would have been the same if she supported one of the extremist groups who were the torch-bearers of terrorism. We do not care for the Nobel peace prize but are okay with the image Pakistan has suffered in the modern world because of the terrorist activities that have even made the people in Pakistan suffer a great deal.

One often wonders where should Malala go and what she should do to escape the blatant criticism that questions her legitimacy. Then something tells us that this young girl is stronger than all of us and would continue doing what she is. No wonder why Malala is respected all over the world while her critics often do not have a social media account with their real name and face. Malala is there to stay, rise and shine.