Huawei P30 Pro – Everything but the camera 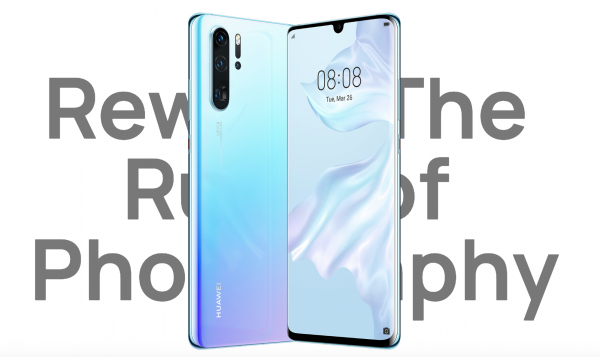 Huawei P30 Pro has already established itself as the best smartphone camera on the market. However, what is the phone like without the camera? I thought it was fair to divide the review into two parts, just so you know what life is like with this phone, once you go beyond the camera. So if you want to know about the camera, click above, but for everything else, read on!

Okay, so let’s start with the look and feel of the device. A rather thin device with a curved screen. The screen itself has a small notch at the top to hold the camera, but nothing else. In fact, it is easy to forget that device doesn’t even have a speaker grill for its ear-piece. The bottom of the screen has the embedded fingerprint sensor. A rather minimal front, if you may.

The back has the four cameras up top, and a bit of text around the bottom, but it is fairly flat. The back is also the bit which will highlight whatever colour device you have.

The left side is bare, while the right side has the power and volume keys.

The top of the device has a microphone hole as well as an IR blaster.

Overall, the device is light and thin, and slides well into most pockets. However, it isn’t all good news, as you can see in the section below.

The device is rather thin, and is curved on both sides. The glass back has the protruding cameras, but that doesn’t make it feel any thicker. What is rather interesting is how slippery the device is, at least without a case. Not only would it happily slip on a surface that you thought was flat, but it has even managed to slip out of my trouser pockets if I was ever sat down. For many, obviously, this isn’t a problem, as it will be sitting inside a case, and that gives you some flexibility.

Sound Quality with the embedded speaker

Before we go much further, let’s focus on the new speaker technology that Huawei have thrown into the P30 Pro. It is probably the easiest one to forget, and that only shows how well it has been implemented. Basically, unless somebody points it out, nobody even notices it. The phone does (politely) point it out to you when you make the first few phone calls, but then you forget.

Like all Huawei phones running Android, this one runs a skin on top of Android. It is called EMUI, which stands for Emotion User Interface. In my opinion, until recently, EMUI was the one thing holding Huawei phones back. It was highly inspired by iOS and refused to do certain things the Android way. For example, there was no app drawer, and no option to have one.

With EMUI 9, a lot of these issues have been addressed, and the phone is a bit more Android. You have more access to everything, and you can make and change settings as you like. Want the App Drawer? Just enable it.

One of the bigger changes between EMUI 9 (as in the one on the Huawei Mate 20 Pro) and EMUI 9.1 is how the always-on screen behaves. On EMUI 9, you only get notifications for missed calls, texts and such like. With 9.1, now you have pretty much all the notifications appearing on your always on screen.

There are, obviously, other changes that have been implemented as well, but a lot less noticeable.

EMUI does come with pretty aggressive battery optimisation, which may mean that some of your apps may not update in the background, or your emails may not refresh. It is something you get used to and adjust settings on the go, but if you are a recent convert to a Huawei phone, it is definitely something to keep an eye out for.

While we are at it, the P30 Pro does not feature the 3D Face Scan that the Huawei Mate 20 Pro offers. This means that while your face is recognised and the phone will unlock, it relies on the front camera instead of anything more stringent. It also means that it being dark could be a reason that your phone may not unlock.

Okay, this one is probably one just on my device, but worth mentioning anyway. My phone has a habit of vibrating. I want to say it is random, but I have managed to make connections with various actions. E.g., if I ever send a message, the phone will vibrate when it is delivered. It probably vibrates when it is read. Similarly, it will do that if I am sending emails. It vibrates if I am holding and reading things. It seems to constantly throw in these phantom vibrations, and I just haven’t found a way to disable them. I have looked at the device settings, and I have gone through all the app settings. Nothing that I could see has helped change that.

Now that we have got my one annoyance out of the way, let’s talk about performance. I honestly cannot add much to what has already been said. The phone is fast. The resolution is not as high as the Mate 20 Pro, but that only means it can be faster at rendering images. Games fly. Apps fly. Everything flies.

Almost everybody will talk to you about how amazing the camera on this phone is, and they are not lying. It is pretty much the best camera I have tried so far. However, one thing that isn’t talked enough about this phone is its battery life. It is by far the best normal phone I have tried when it comes to battery life. I am often around 60 to 70% by the time I come home, and I am generally around the 50% mark when I plug the device in to charge.

A day trip does not mean me needing to carry a battery with me. I can even have the hotspot going without worrying about the battery being drained too much.

This was one of the features that was implemented on the Huawei Mate 20 Pro, and the implementation was, let’s just call it, interesting. This can be seen in my Instagram post below.

The P30 Pro promised to address this and make this a better experience by shifting to the back camera. I am still waiting for the update to allow that to happen.

However, the AR Measure tool works perfectly and exists both as Google’s own app or Huawei’s app. They are rather similar for me in usage.

More information on the Huawei P30 Pro can be found on Huawei’s website.

You can also find various coverage on the device on our website.

The device retails for £900, and can be bought from the likes of Amazon. It is also available from most phone services around the world.

PS, after the whole Huawei blacklisting happened, I wrote some thoughts on the whole issue. You can read it here. This was before there was the ARM ban, which I feel can be quite lethal.