Iman Ali recently got married to Babar Bhatti. Iman Ali is a known supermodel from Pakistan. She has been everyone’s woman crush forever. 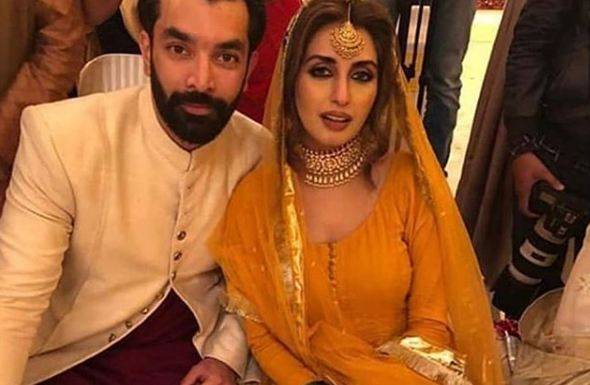 Iman Ali tied the knot recently. What was truly lovely about the wedding was how at ease everyone was. There was a lot of singing and dancing and Iman and Babar themselves took to the dance floor and performed. Now that’s the kinda wedding a bride and groom should have!

Iman Ali is set to star in the Urwa Hocane produced film which also stars Feroze Khan. The film is written by Faiza Iftikhar. It is directed by Qasim Ali Mureed.

The film is called Tich Button. Tich Button will hopefully be screened soon in cinemas in Pakistan.

She has also appeared in Shoaib Mansoor’s Bol and of late, Fahad Mustafa’s Mah e Mir.

We love a bride who can take it easy and isn’t under the immense pressure of looking a certain way.  Iman opted for a traditional avatar on her wedding. However she was completely at ease in that avatar is quite fun to watch.

Here’s to wishing them a lifetime of happiness!🥂