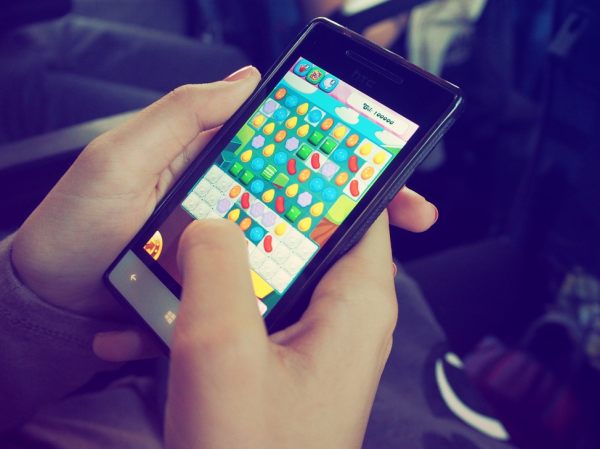 Humans hate being bored. Some would argue that the only reason people do anything is that they want to avoid getting bored. While most people would disagree with this statement, it does show just how essential entertainment is and one of the best forms of entertainment is gaming. Gaming has come a long way in the past few decades with VR games, RPGs, online casinos and much more gaining a lot of popularity. But in the 21st century, online gaming is dominating the gaming trend all over the world.

2018 was a big year for online gaming, many would feel confident to say it was the biggest year for online gaming ever—even surpassing 2016 where a little game called ‘Pokemon Go’ quite literally took over the lives of millions of people from all over the planet and had them walking around their city hunting for Pokemon.

But what online games can be credited with giving 2018 the title of the G.O.A.T. year of online gaming? Let’s have a look at the top 5 online games of the year just gone by and look back on the games that everyone was playing with great passion and dedication.

Let’s start our list with what might be a controversial pick but if one follows the various gaming communities and forums, they would probably conclude that this is a worthy inclusion on this list.

When WoW—not the only interesting abbreviation on this list—was launched in 2004, it took the then still relatively small internet gaming community by a storm, a storm which hasn’t subsided even 14 years down the line. While it’s not the mega trendy phenomenon it used to be in its early years the game still has millions of loyal fans from all corners of our blue planet.

WoW has become such an iconic game that Hollywood even adapted it into a movie and while most fans of the games didn’t exactly love it, it was just another sign of just of relevant and popular this game still is.

Surprisingly enough the only exclusively first-person shooter multiplayer online game to make it onto this list, Overwatch is the definition of what an exciting game should be. Initially released in 2016, it has since amassed a following of over 35 million gamers from all around the globe and the number increases virtually every day.

While Overwatch definitely owes a lot to classics like call of duty and counter strike that made multiplayer shooters famous and proved that people loved annihilating other players while working side by side with their teammates. Overwatch took this formula and polished it enough to become one of biggest games of 2018.

If shooting the avatars of other players in an online game is fun, then using your ‘champion’ to destroy your opponent’s using unique abilities is pure awesomeness and that is exactly the experience League of Legends or LOL—another interesting abbreviation—offers to its players.

Launched way back in 2009, it may not be the oldest game to make onto this list but is definitely worthy of its placement at number 3 with over 100 million active users at the time of writing!

LoL has become a mega-franchise with multiple books and specials that explore its world and lore but the game itself is the thing people adore the most.

Now moving onto one of the 2 games that defined 2018 and that serve as the best argument in favour of 2018 being the biggest year in the history of online gaming. PlayerUnknown’s Battlegrounds—popularly known as PUBG—offers such an amazing experience that it was virtually guaranteed to be a success but not even its developers could have predicted that it would become such a mega-hit with players from every continent.

Launched in December of 2017, in just a few months it sold over 50 million copies over various platforms and totally dominated the gaming world. It was both praised by critics and players and has since been nominated for multiple awards and been called one of the greatest battle royale games ever made.

PUBG would definitely have been the biggest—not just online—game of 2018 and in any year prior to 2018 would take the top spot without question. However, 2018 had one game that became a true worldwide sensation and something that was impossible to avoid hearing about if one used the internet.

Did you know that people are actually making money on Twitch just by playing Fortnite, League of Legends and casino games?

While a few of games on this list might have their placement questioned, it would be a herculean task for anyone to argue against this battle royale game taking the number 1 spot on this list.

Fortnite ruled the online gaming world in 2018 in a way no other game had ever come close to doing. If PUBG told the world what an amazing battle royale game should be, Fornite showed how a game can become a global phenomenon, one that can overshadow even the success of ‘Pokemon Go’.

While gamers can argue about wheater PUBG or Fortnite has better gameplay, when it comes to popularity in 2018, PUBG just cannot compete with possibly the biggest game of all time.

2018 proved to be another great year for online gaming and it would be really exciting to see what 2019 will bring and if there would be any game that can challenge any behemoths that made it onto this list.